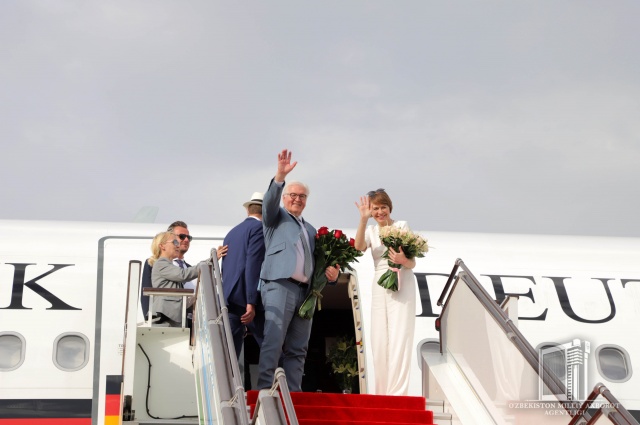 Federal President of Germany Frank-Walter Steinmeier, on May 27-29, paid an official visit to Uzbekistan.

During the visit, negotiations were held at the highest level in the spirit of traditional friendship, openness and mutual understanding. Frank-Walter Steinmeier met with representatives of German organizations operating in Uzbekistan, took part in the roundtable of business circles of the two countries and attended the opening ceremony of the monument to Johann Wolfgang Goethe.

The distinguished guest also visited the Khorezm region, where he talked with professors and students of Urgench State University and examined the historical monuments of the city of Khiva.

Official visit of the German President to Uzbekistan concluded. Frank-Walter Steinmeier departed from Khorezm to Germany.