On September 21, general discussions within the framework of the 76th session of the UN General Assembly began at the United Nations Headquarters in New York. The President of the Republic of Uzbekistan Shavkat Mirziyoyev delivered a speech via videoconferencing. 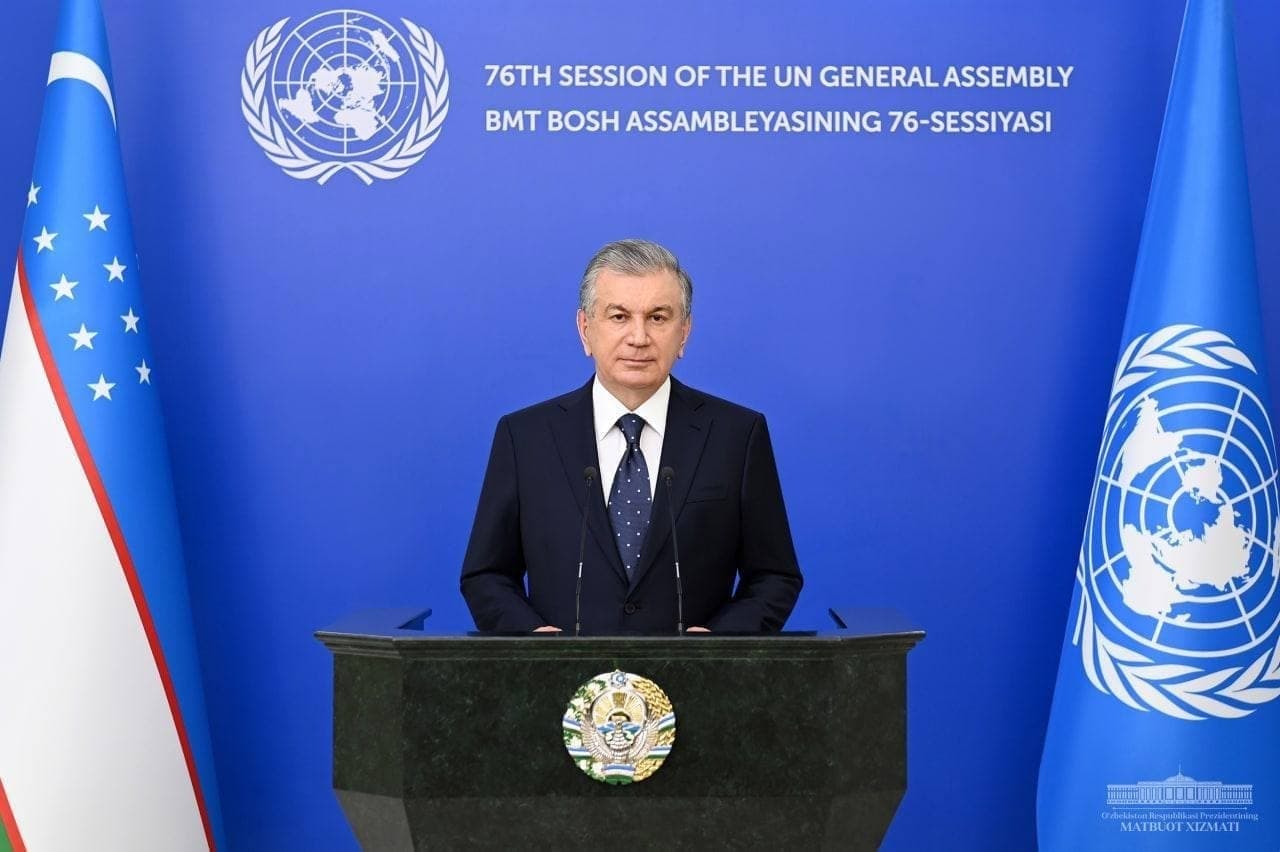 In his speech, Shavkat Mirziyoyev noted the growing importance and role of the United Nations and its specialized structures in the new environment.

“Today, humanity is experiencing a turning point in its path of development, and the nature of international relations is changing dramatically.

Transnational threats to peace, security and sustainable development are growing, the climate is changing rapidly, mass migration flows are increasing, and traditional values are declining.

I am convinced that in such a complex environment, the importance and place of the United Nations and its specialized structures on a global scale is growing.

It is the United Nations that must continue to play a leading role in these important processes of global destiny with new content and quality.

We support the Secretary General’s efforts to strengthen solidarity in the system of international relations, to increase the efficiency and transparency of the organization,” the President said.

The President fully supported the UN’s efforts to create equal and equitable access to vaccines based on the principle of “no one should be neglected”.

“The COVID-19 pandemic, which has become a global catastrophe today, and its not only socio-economic, but also spiritual-political consequences are in the center of our attention.

We fully endorse the United Nations approach to creating equal and equitable access to vaccines based on the principle of “no one should be neglected, for all and everywhere”.

I would like to take this opportunity to express my special gratitude to our foreign partners for the practical assistance provided to us within the COVAX global platform.

We are committed to further strengthening the coordinating role of the World Health Organization in the effective fight against pandemics, in the process of international recognition of vaccination results.

The Code of Voluntary Obligations of States during Pandemics, developed at the initiative of the Republic of Uzbekistan and distributed as an official document of the General Assembly, is our practical contribution in this regard,” the President said.

“The large-scale and rapid democratic reforms carried out in our country in recent years have become irreversible.

Ensuring and protecting human rights, freedoms and legitimate interests is the basis of our democratic reforms. Strict steps are being taken to ensure freedom of speech and media, freedom of religion and conscience, gender equality and interethnic harmony.

For the first time in its history, Uzbekistan was elected a member of the UN Human Rights Council.

We have developed a New Uzbekistan strategy in order to continue the path of reforms we have begun. The main idea of this Strategy is to strengthen the role of civil society institutions, protect human rights, reduce poverty, provide everyone with a guaranteed source of income and achieve sustainable environmental development.

Our main goal is to become one of the “above-average countries” in terms of per capita income by 2030. It should be noted that this plan is in line with the spirit of the United Nations Sustainable Development Goals until 2030.

In this regard, we propose to hold in Tashkent an international conference dedicated to the study of the problems of economic recovery in the post-pandemic period, the implementation of best practices in poverty reduction.

It is known that the World Conference on Youth Involvement in Global Movements was successfully held in our country.

In order to consistently continue our efforts in this direction, we are organizing the Global Education Forum within the framework of the regular Human Rights Dialogue in the ancient city of Samarkand in Uzbekistan,” the President said.

The Uzbek leader also touched upon the political situation in Central Asia. The President stressed that efforts to strengthen a completely new political environment in the region in the spirit of mutual understanding and respect, good neighborliness and strategic partnership will be resolutely continued.

“We are strengthening a completely new political environment in the Central Asian region in the spirit of mutual understanding and respect, good neighborliness and strategic partnership.

Our main goal is to make Central Asia a place of prosperity and sustainable development, trust and friendship. To this end, we give priority to strengthening interaction with neighboring regions.

In this regard, we have proposed the adoption of a special resolution of the United Nations General Assembly on strengthening the interdependence of Central and South Asia.

I would like to emphasize once again that Afghanistan is an integral part of Central Asia. Not only we, the neighboring countries, but the whole world is interested in the establishment of peace and tranquility in this country. That is why we are always doing our best to help the Afghan people.

We recently opened the Uzbek-Afghan border and resumed the supply of basic food, oil products and electricity to this country.

In these difficult times, it is impossible to isolate Afghanistan and leave it in a whirlpool of problems. It is known that last year, from this high rostrum, we proposed to establish a permanent committee on Afghanistan at the UN.

The influence and voice of the United Nations on Afghanistan must be heard louder than ever.

The growing number of threats and conflicts, transnational threats in the world requires further strengthening of international cooperation.

The holding of an international conference in Tashkent in November this year on the results and prospects of the UN Global Counter-Terrorism Strategy for Central Asia will undoubtedly serve these noble goals.

The signing of a regional program for Central Asia for 2022-2025 with the UN Office on Drugs and Crime will lay a solid foundation for work in this direction.

Continuing our efforts in this direction, we intend to develop a Joint Action Plan against Drugs, which will cover the countries of Central and South Asia, with the participation of this United Nations Office,” the President said.

The head of state highlighted the measures taken by Uzbekistan to combat climate change, protect the environment and biodiversity, and transition to renewable energy sources.

“Uzbekistan pays great attention to the fight against climate change, protection of the environment and biodiversity. This is our noble human duty not only today but also for future generations.

I would like to take this opportunity to express my deep gratitude to the member states for the adoption in May of this year of a special resolution of the UN General Assembly declaring the Aral Sea region a zone of environmental innovation and technology.

We are determined to achieve the goals of the Paris Agreement. We are taking concrete steps to switch to renewable energy sources.

In particular, it is planned to double the energy efficiency of our economy by 2030, increase the share of renewable energy to 25%, and develop environmentally friendly transport. By 2025, it is planned to commission new solar and wind power plants with a total capacity of 2,900 megawatts.

In 2022, we plan to hold a high-level international forum on “green” energy in the Aral Sea region, in Nukus, in cooperation with the United Nations. We support the adoption of the Global Diversity Program on Biodiversity in the near future.

Moreover, we are ready to host one of the meetings of the participants of the Convention on Biological Diversity in our country in the future,” the Uzbek leader said.

At the same time, in order to discuss in detail the priorities of global environmental policy under the auspices of the UN, it was proposed to hold the Sixth UN High-Level Assembly on the Environment in 2023 in Uzbekistan.

The Assembly participants will have the opportunity to get acquainted with the difficult situation in the Aral Sea region, which is the center of environmental disasters caused by the drying up of the Aral Sea, and to draw the necessary conclusions.

Furthermore, we want to promote in the Assembly an initiative to develop a Global Environmental Charter aimed at laying the foundations for a new United Nations environmental policy,” the President said.

In conclusion, President Shavkat Mirziyoyev noted that Uzbekistan is always ready to develop mutually beneficial, long-term and multifaceted partnership with all countries and global organizations. It was noted that our country will continue to strengthen close cooperation aimed at safe and sustainable growth and building a prosperous future. 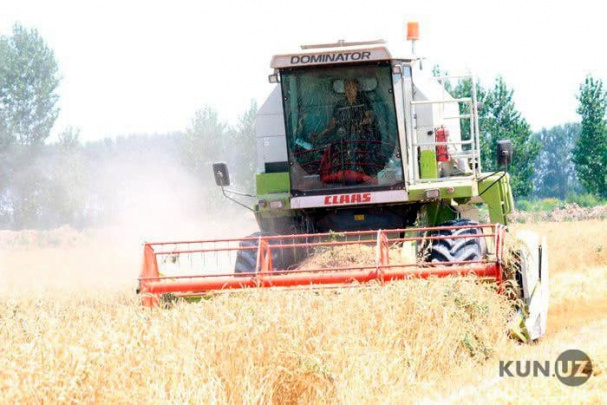 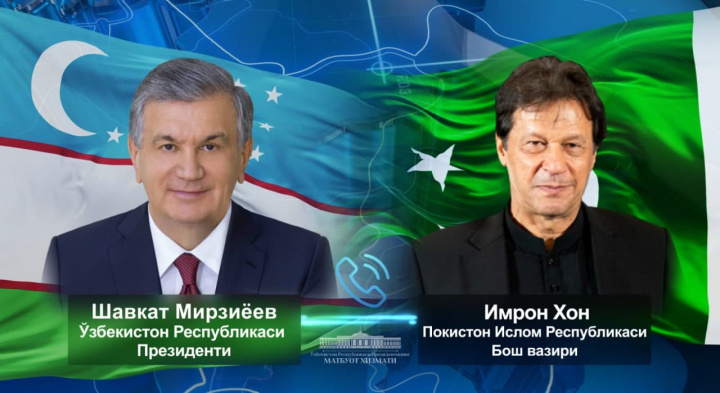 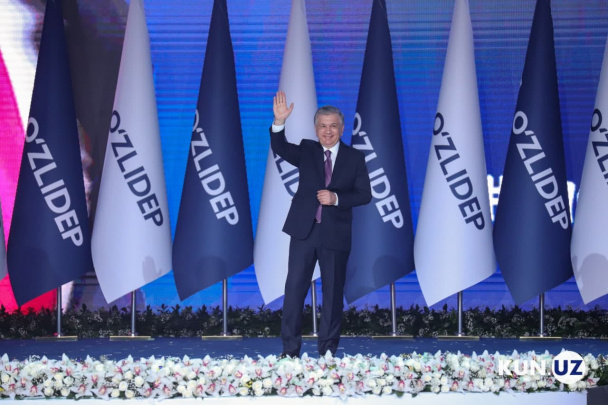 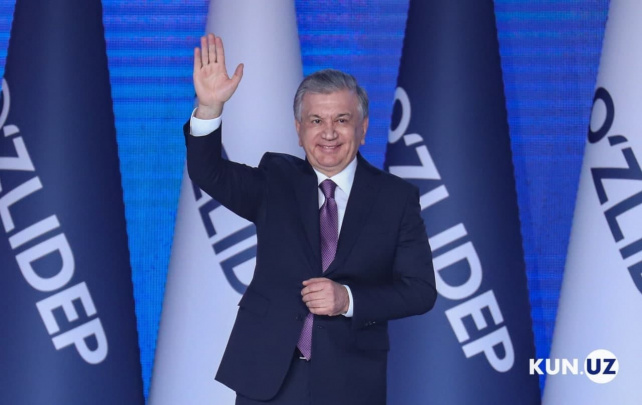 21:09 / 25.10.2021
Heads of several states congratulate Mirziyoyev on his victory in presidential elections
Top