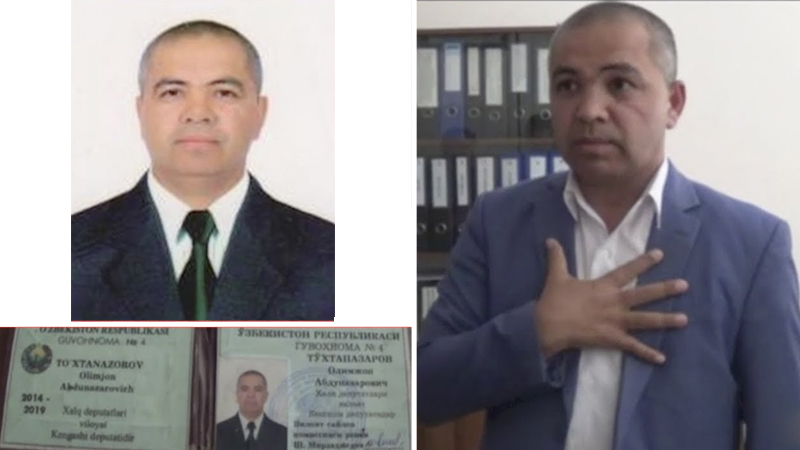 Former deputy of the Namangan Regional Council of People's Deputies Olimjon Tuhtanazarov received a punishment in the form of restriction of freedom, Kun.uz reports.

It should be recalled that on September 22, 2018, Olimjon Tuhtanazarov was detained while taking $500 in bribe in the center of the Chust district.

According to the Prosecutor General’s Office, a criminal case was initiated against the deputy under articles 168 and 211 of the Criminal Code of the Republic of Uzbekistan.

It is noteworthy that Tukhtanazarov was quite an eminent figure on social websites, such as Facebook, for his anti-corruption posts. His proposal to nominate Shavkat Mirziyoyev for the Nobel Peace Prize rocketed him to fame.