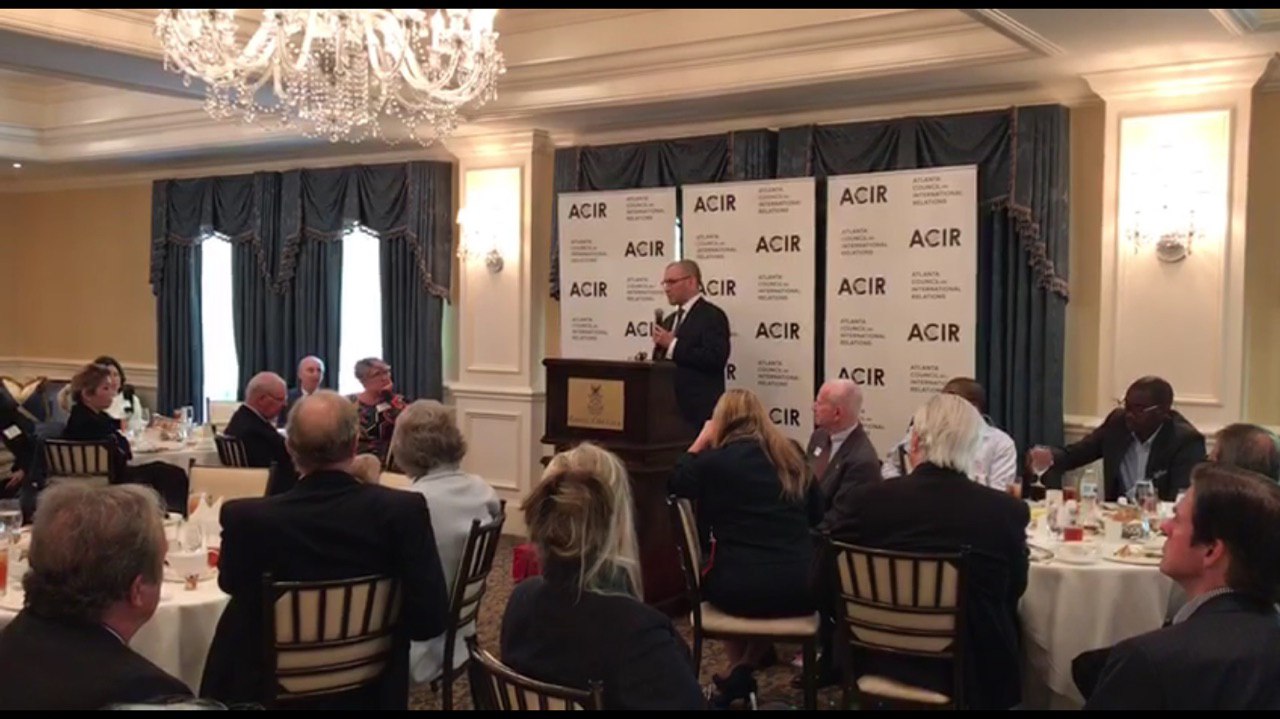 Embassy of Uzbekistan in the United States made a presentation on the investment potential of our country in the city of Atlanta, Georgia, the press service of the MFA reported.

The event was attended by officials of the city, representatives of business and academic circles. Co-organizer of the event was Atlanta Council on International Relations (ACIR), which brings together leading businessmen, politicians and professors who live in Georgia, Tennessee, Alabama, Florida, North and South Carolina.

Representatives of the Atlanta business circles are active investors in the field of IT, automotive, financial services and logistics. The city ranks third in the United States (after New York and San Francisco) in support of start-ups. In the city of Atlanta, there are 85 large business incubators. The banking sector is developed – this is where up to 85% of all credit transactions in the US occur. In addition, there are headquarters of such corporations as Coca-Cola, Honeywell and AGCO, with which Uzbekistan actively cooperates on a number of major projects. The city is the location of other leading US companies, such as Delta Airlines, UPS, The Home Depot, SunTrust Banks, as well as the head office of the media company CNN.

Upon opening the presentation, ACIR President Robert Kennedy noted that Uzbekistan today is the main reformer in the CIS space, and the policy of “openness and support for reforms” led by the President Shavkat Mirziyoyev is of great interest in the United States. He urged ACIR members to “seize the moment” to establish close cooperation with representatives of the Uzbek business.

Ambassador Javlon Vakhabov informed the participants about the latest achievements of the economy of Uzbekistan. Taking into account the fact that the city of Atlanta is one of the most developed centers in the US for implementation of start-ups, special attention was paid to the work being done by the government of our country to support start-up projects. Serious interest among the guests of the event was aroused by the fact that the republic plans to take the South Korean experience of developing a start-up system as a basis and by 2030 to join the 50 leading countries of the world according to the Global Innovation Index.

In addition, the Ambassador spoke about the transport and logistics potential of Uzbekistan. He noted that the logistics center Navoi is considered by investors as the main transport aviation network of our region and the Hartsfield-Jackson Atlanta international airport since 2007. In this context, the participants of the event were informed about a large Uzbek-American-Canadian business forum, which will be held in Navoi city on May 16-17. It was stressed that a delegation led by Mississippi Governor Phil Bryant, who will become the first head of the US state visiting Central Asia, is arriving from the United States to participate in this important event.

The ambassador also invited representatives of the business community of Georgia to take part in the “certified trade mission” on June 18-20 organized by the US Department of Commerce and the Uzbek-American business forum scheduled to be held in Washington on October 21-22.

In general, the presentation in the city of Atlanta allowed establishing close working relationships and widely disseminating information about the opportunities created in Uzbekistan among potential investors.