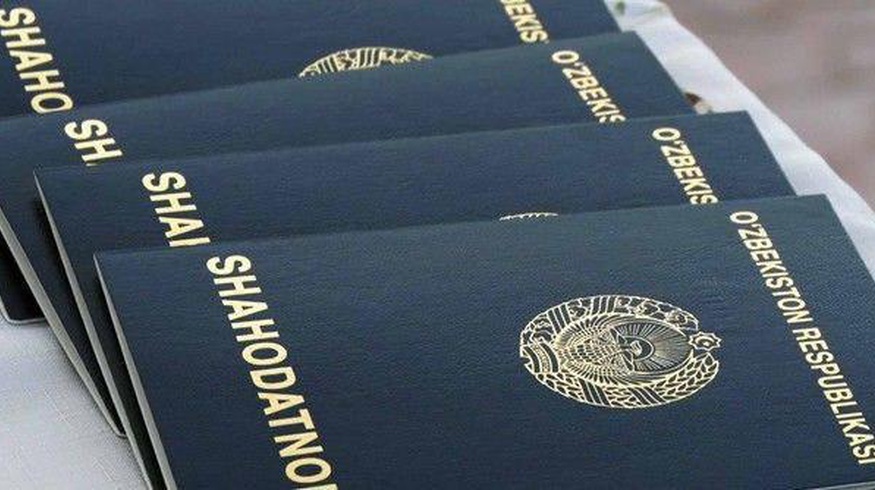 According to the resolution of the Cabinet of Ministers adopted on May 14, new samples of certificates issued to 9th and 11th grade students, as well as to graduates of specialized boarding schools for children with disabilities, have been approved.

According to the press service of the Public Education Ministry, the changes are due to the transition to an 11-year school system.

As the document states, for the first time state certificates will be issued to graduates of non-state secondary general educational institutions.

Besides, there will be a QR-code made on a special protected paper at the back of the certificate. It will be possible to obtain data on the graduate from the general database through scanning the QR-code.

Until now, these certificates have been filled out manually and only in the Uzbek language. Now they will be typed on a computer in three (Uzbek, Russian and English) languages. This will create additional convenience for graduates to apply for foreign universities.

The resolution also envisages an accelerated procedure for issuing duplicates of these documents.