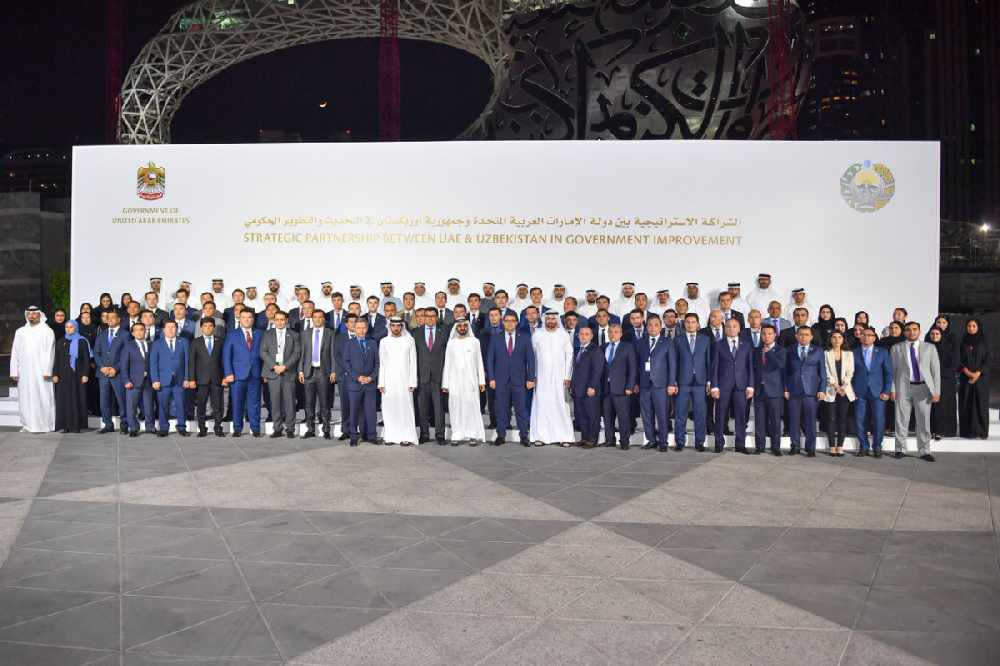 Intensive meetings of the joint task forces of the UAE and Uzbekistan governments held lately resulted in identifying a series of practical steps to transfer the UAE's pioneering experience in government work to Uzbekistan within three years in line with implementing the partnership agreement in government modernization between the two countries, AETOS Wire reported.

The meetings organized within the framework of the Uzbek delegation’s visit to the UAE included more than 60 ministers and senior government officials and was led by Deputy Prime Minister Aziz Abdukhakimov.

The two parties agreed to expand the scope of cooperation from 17 to 19 areas with the addition of taxation and human resources, as well as to implement 120 joint initiatives over the next three years, with 73 of these set for launch in 2019.

Furthermore, they approved specific timeframes for activating the partnership agreement and finalizing the schedule of the joint initiatives with a focus on enhancing service efficiency and institutional performance, leadership qualification, and capacity building.

The strategic partnership leverages the UAE model of government work in modernization, performance measurement, best practice application, and service delivery to establish an innovation- and excellence-based system of government in Uzbekistan.

12:00 / 17.02.2020
Uzbekistan presents its experience in Vienna on returning women and children from armed conflict zones
Top