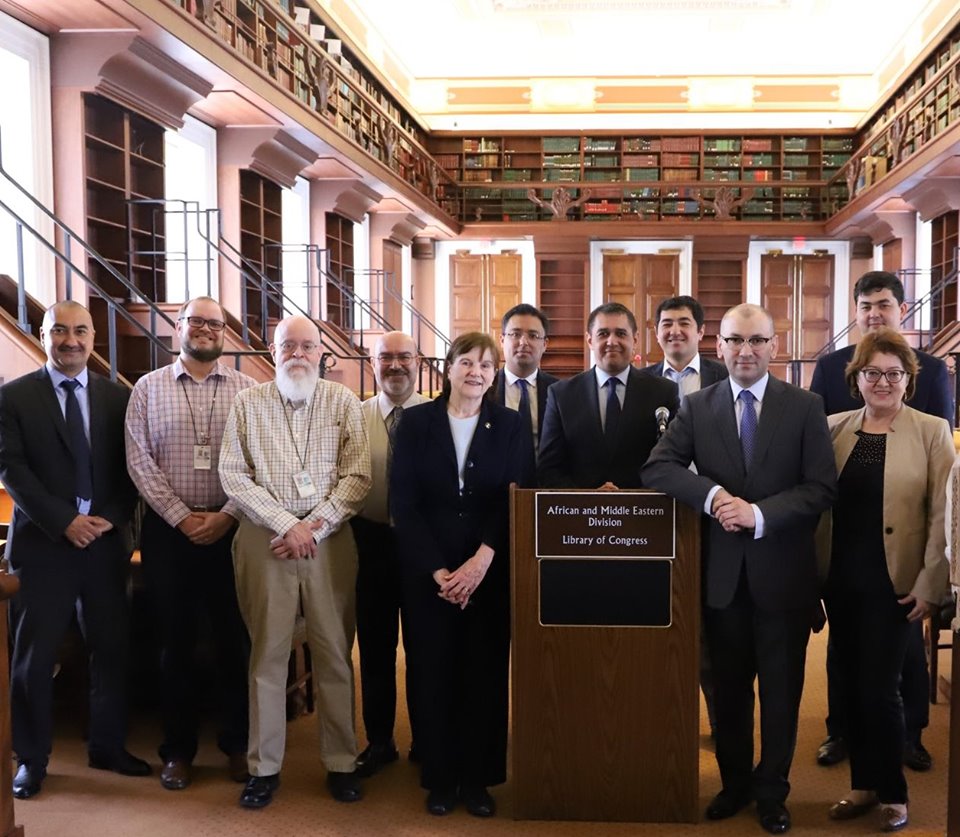 The Embassy of Uzbekistan in Washington presented a collection of books from the Alisher Navoi National Library and the National Center for human rights of Uzbekistan to the Library of the US Congress.

The ceremony was attended by the acting director of the African and Middle Eastern Division Joan Weeks, department heads Hirad Dinavari and Harold Leich, as well as other employees.

The library of the US Congress was presented the complete works of Alisher Navoi in 10 volumes, the book “Amir Temur chet elliklar nigohida” (“Amir Temur from foreigners perspective, the book “Ko’hna va boqiy Buxoro” (“Ancient and eternal Bukhara”) and “Uzbekistan”, as well as 14 volumes under the general title “O’zbekiston obidalaridagi bitiklar” (“Epigraphy of the sights of Uzbekistan”), detailed information about attractions in all regions of our country.

Expressing deep appreciation for the books provided, representatives of the Library of US Congress noted that these materials will occupy a worthy place in their library stock. The complete collection of the works of the great poet, thinker and statesman Alisher Navoi aroused particular interest. According to Hirad Dinavari, who has been studying the treatises of medieval poets for many years, the works of Alisher Navoi fully reveal the spiritual life of that time in Central Asia. “His indubitable contribution to the world literature was that he helped the literary world to discover the Uzbek language, the poet’s work had an undeniable impact on development of all Turkic literature,” the expert stressed.

Having received as a gift the collection of “O’zbekiston obidalaridagi bitiklar”, representatives of the Congress Library noted that these books will be one of the most valuable copies, revealing to the American readers and researchers the “bewitching beauty of the history of Uzbekistan”. This, according to Joan Weeks, will also serve the tourism development in these regions from the United States.

Following the event, an agreement was reached on enhancing bilateral relations. In particular, a number of library experts expressed interest in visiting Uzbekistan this year and holding meetings with representatives of the National Library and research circles.

The parties also discussed the possibility of implementing a project to digitize ancient manuscripts, which are stored in the archives of the Research Institute of Oriental Studies named after Abu Raykhan Beruni. The implementation of this project will allow placing electronic copies of the historical fund of Uzbekistan on the website of the Library of Congress, which is widely popular among researchers from all over the world.

The Congress Library, founded in 1800 and located on the Capitol Hill, is the largest library in the world. It serves the House of Representatives, the Senate and government agencies, research and educational institutions of the United States, private firms and industrial companies. To date, the library contains over 150 million items, including books in virtually all world languages, photographs, valuable manuscripts and historical maps. The annual increase in funds is up to 3 million units.