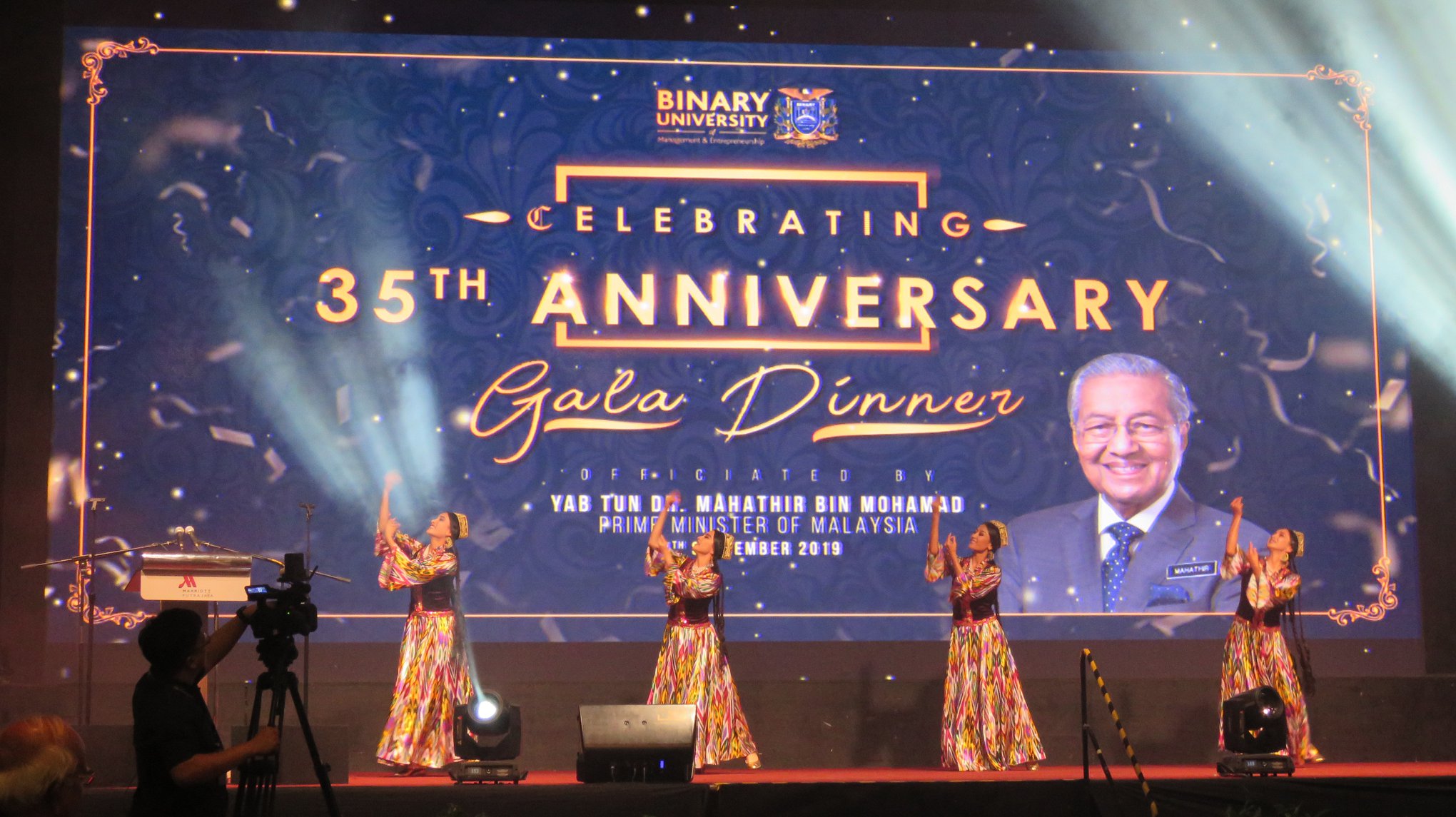 On September 11, 2019, in Putrajaya (Malaysia), the Embassy of Uzbekistan in Kuala Lumpur held a ceremonial reception in honor of Binary University’s 35th anniversary, the press service of the Foreign Ministry reports.

The event, which was attended by the Prime Minister of Malaysia Mahathir Mohamad, members of the royal family, heads of ministries and departments, political figures, representatives of business and scientific circles, the diplomatic corps, as well as the media, was opened with a colorful performance by the “Tumor” group of the State Academic Grand Theater of Uzbekistan named after Alisher Navoi. The guests were presented various areas of national musical art. In particular, the Khorezm dance “Lazgi” and “Andijan polka”, as well as the diversity and richness of the Uzbek culture, its traditions and customs were demonstrated.

During his speech, the rector of Binary University Joseph Adaykalam acquainted the PM Mahathir Mohamad and guests with the opening of a joint Uzbek-Malaysian faculty at the Tashkent Financial Institute. He stressed that upon completion of training, graduates will be issued relevant diplomas of two higher education institutions.

The rector also informed about promising areas of cooperation between the Binary and Uzbek partners in the field of education. In particular, he noted that a delegation of the university will visit Uzbekistan from September 27 to October 4 in order to further discuss the mechanisms for implementing the educational project to create a university branch in the Khorezm region.

In addition, the Malaysian side announced the allocation of 10 educational grants, total amount of which is $100,000, for citizens of our country to study master’s degree at Binary University.

21:46 / 10.02.2020
Malaysian NACSA and Uzbekistan to cooperate in the sphere of cyber security
Leave a comment.You must register to post a comment!
Authorization with social networks