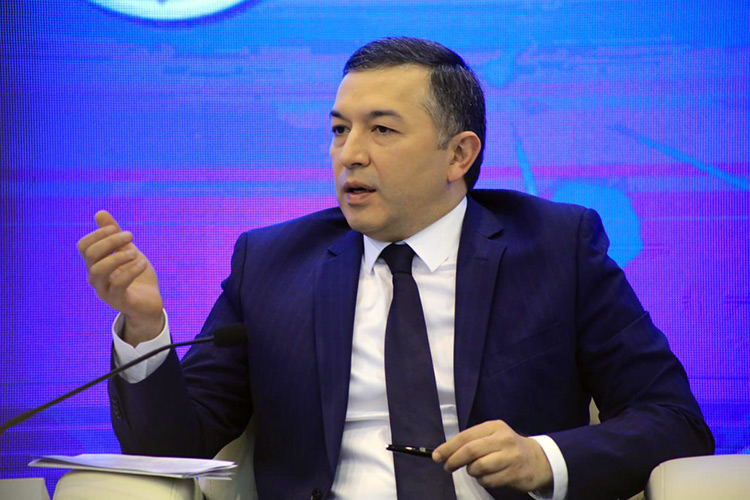 Chairman of the State Tax Committee (STC) Bekhzod Musayev at an interview with UzA spoke about the importance of reducing the value added tax rate from 20% to 15%.

- Experts expressed their opinion on tax policy and noted the high rate of the value added tax. However, VAT makes up one third of revenues to the state budget. It is a key source for many government expenditure.

Today, 1.7 million people are employed in budgetary organizations, the number of citizens of retirement age exceeds 3 million. Monthly, the state pays salaries and pensions to them. In order to fulfill such obligations over the past period, the state had to maintain the VAT rate at 20%.

Last year’s tax concept provided for a reduction in the tax burden on the payroll fund from January 1, 2019. As a result, a single tax rate on personal income in the amount of 12% was introduced. Previously, it was 22%. Insurance contributions of citizens in the amount of 8% were canceled. On the one hand, this leads to a noticeable decrease in budget revenues. Therefore, experts evaluated this change as a huge risk.

Entrepreneurs, rationally using the provided tax benefits, revived their activities even more. As a result, revenue from the personal income tax to the budget doubled. In the first half of the year, 571,000 taxpayers were additionally identified. Considering the fact that personal income tax is the third type of tax that forms the State budget, its importance becomes obvious.

That is what served as a powerful impetus for the decision to reduce the value added tax rate. We wanted to introduce a 15% rate from January 1, 2020. However, the head of state instructed to introduce this practice from October 1.

Due to the reduction of the VAT rate, over 10 trillion soums of working capital will remain at the disposal of economic entities in the republic.

21:06 / 05.10.2019
Abdulla Azizov: “Uzbekistan’s tax service is perceived as punitive. We want to change this attitude”
Leave a comment.You must register to post a comment!
Authorization with social networks