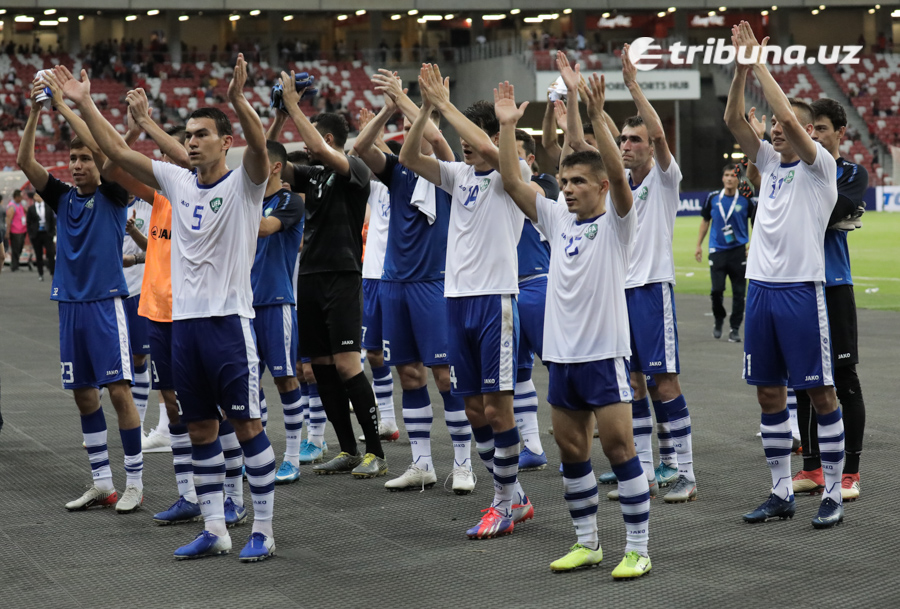 The Uzbekistan national football team in the qualifying stage of the 2022 World Cup defeated the Singapore team 3:1.

The first goal in the match was scored by Odil Akhmedov, who brilliantly completed the free-kick earned by Ikrom Aliboyev in the 15th minute of the game. Ikhsan Fandi of the host team was able to level the score just before the end of the first half.

In the second half, Eldor Shomurodov, forward of Uzbekistan, who plays Russia’s Rostov club, scored twice ensuring the victory of the national team.

Currently, Uzbekistan is leading in Group D with 6 points, but the situation can change depending on the result of the game between Palestine and Saudi Arabia who have 4 and 5 points respectively.

19:28 / 31.03.2020
Nurmat Otabekov announces the number of coronavirus tests conducted so far
Leave a comment.You must register to post a comment!
Authorization with social networks