On the sidelines of the IMF/World Bank Annual Meeting, the Minister of Investments and Foreign Trade Sardor Umurzakov held talks with the Vice President of the European Investment Bank (EIB) Vazil Hudák. 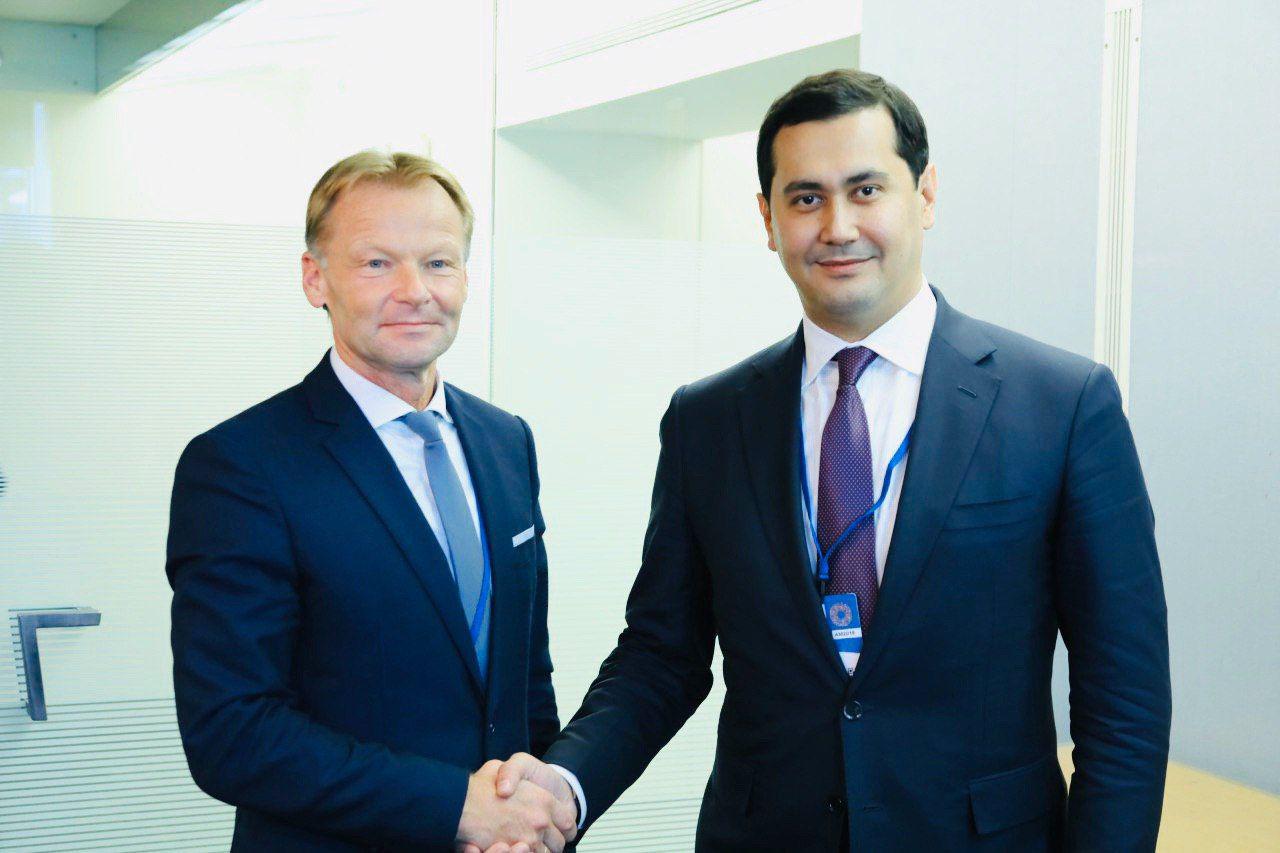 During the discussion of the current state of partnership, the parties, recognizing the progress already achieved in terms of cooperation on a number of sustainable environmental development projects in the Aral Sea region, agreed on the need to fully utilize the existing potential for collaboration.

A common position was developed on the need for a systematic approach to project implementation, considering the EIB's close assistance in realizing the Strategy adopted in October for the Republic's transition to “green economy” for the period 2019-2030. It provides for the implementation of comprehensive measures aimed at deepening structural transformations, modernization and diversification of basic sectors of the economy and balanced socio-economic development of territories.

As a result of the negotiations, further cooperation was discussed to accelerate the financing of a number of projects for the modernization of heat supply systems, solid waste management and the development of renewable energy sources, not excluding the possibility of their implementation in cooperation with other financial institutions.

Earlier, at an interview with Kun.uz correspondent, the EIB Vice-President Vazil Hudák explained why foreign investors hesitate a lot before investing in Uzbekistan.

20:16 / 18.02.2020
Uzbekistan hopes for Hungary’s support in obtaining EU tariff preferences
Leave a comment.You must register to post a comment!
Authorization with social networks