The Ambassador of Uzbekistan in Kuala Lumpur Ravshan Usmanov met with Mohamad Ariff Md Yusof, the Speaker of the Dewan Rakyat, the lower house of the Parliament of Malaysia. 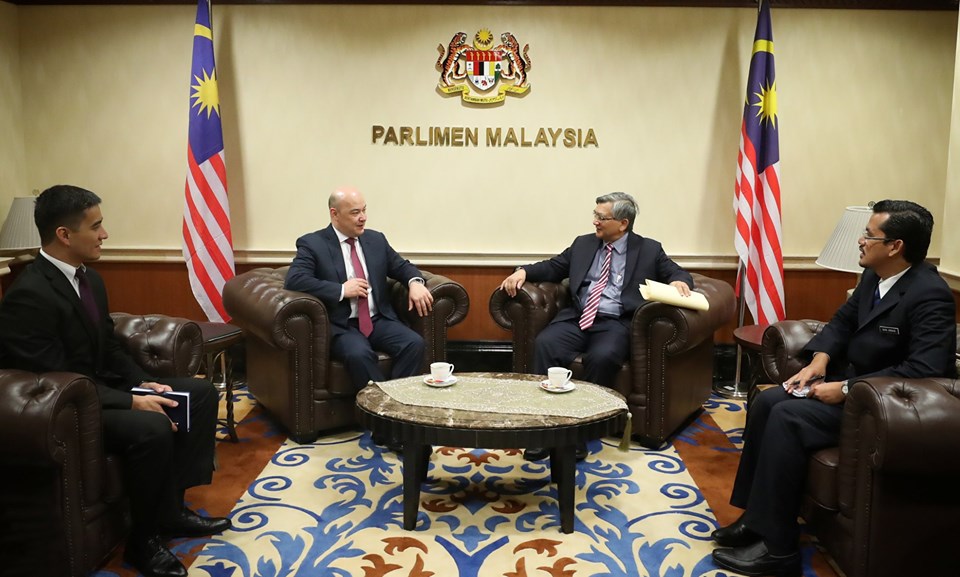 According to the MFA press service, during the conversation, the current state of bilateral relations and prospects for their further development were discussed.

The Malaysian side praised the large-scale reforms implemented in Uzbekistan aimed at further liberalization and modernization of the economy, improving public administration and the legal sphere. The speaker expressed hope for the successful holding of the upcoming parliamentary elections in the republic.

The parties confirmed mutual interest in realizing the existing significant potential to expand cooperation in political, trade, economic, investment, cultural and humanitarian spheres, as well as in the field of tourism and education.

Following the negotiations, an agreement was reached on enhancing interaction between the legislative bodies of the two countries, including by creating friendship groups in the parliaments on an equal basis, organizing the exchange of visits of parliamentarians in 2020.