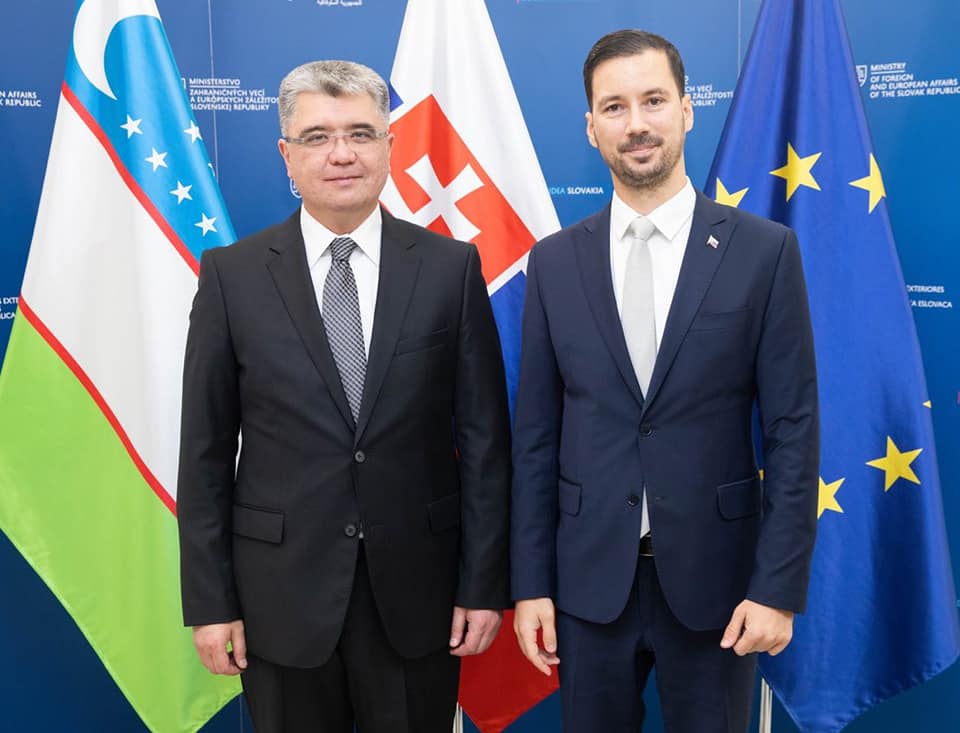 The delegations of the parties were headed by Deputy Foreign Minister of Uzbekistan Dilshod Akhatov and State Secretary of the Ministry of Foreign and European Affairs of Slovakia Lukáš Parízek.

The current state of bilateral relations and prospects for deepening political dialogue, trade, economic and industrial cooperation, collaboration in cultural-humanitarian and other fields were discussed in detail. The sides exchanged views on regional and international issues of mutual interest.

The heads of delegations emphasized that Uzbekistan and Slovakia are equally interested in the consistent development of fruitful and mutually beneficial cooperation in various directions.

An agreement was reached to take concrete measures to increase trade, economic and investment cooperation. In this context, the speedy holding of the first meeting of bilateral Interdepartmental Commission on trade and economic cooperation is expected.

During the talks, the parties separately considered issues of expanding the legal framework of bilateral relations.

As part of their stay in Bratislava, the delegation of Uzbekistan also met with the Honorary Consul of our country in Slovakia, the president of Sitno holding, Ľudovít Černák, and the chairman of the board Medirex Group Radoslav Bardún.