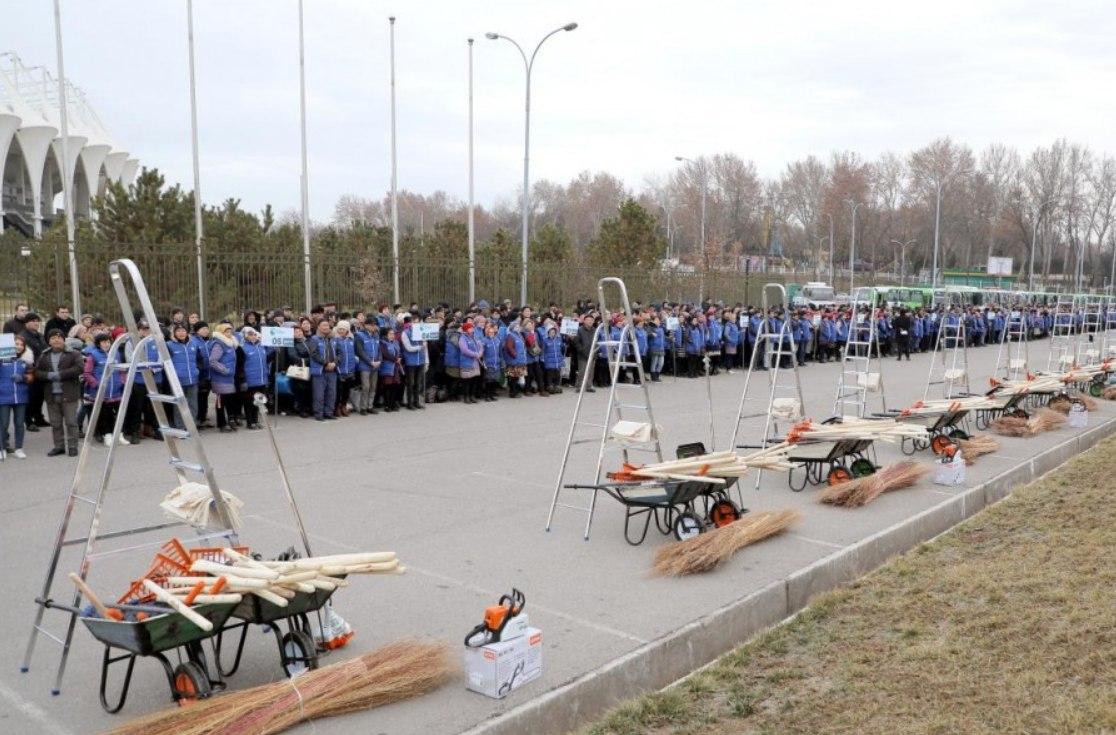 As the press service of the city administration reported, in the parking lot next to the “Milliy” stadium, responsible executives, who carry out the “Prosperous Tashkent” campaign, headed by the city khokim, as well as 1,000 employees, gathered. They were divided into 30 groups.

Jakhongir Artikhodjayev, who launched the campaign, noted that a clean and well-groomed city would be truly blessed.

He also drew attention to the fact that as a result of such events, Tashkent will become a beautiful and well-maintained city, and also noted the importance of ensuring its cleanliness. The khokim expressed hope that in the future residents of Tashkent will continue the initiative in their areas, this will become daily and an important task.

“The action kicked off briskly and with a good mood: 105 special equipment involved in cleaning up the areas from garbage and tidying up territories. In particular, garbage transporting machines, tractors, excavators, hoisting machines, dump trucks and cranes, as well all employees have already headed to their locations,” the press service of the capital’s khokimiyat said.