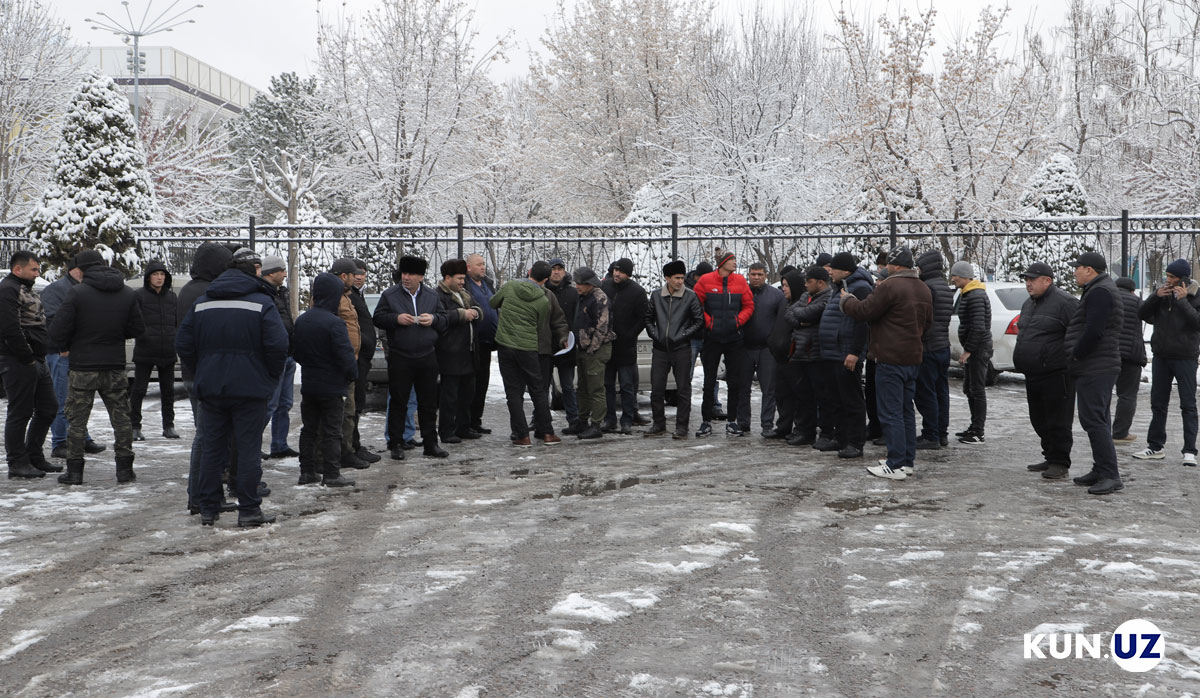 On January 13, dozens of drivers, who travel between cities of Uzbekistan and Russia, gathered in front of the Legislative Chamber of Oliy Majlis.

According to Kun.uz correspondent, drivers from different regions of the country are complaining about the new customs regime, which came into force on January 1.

In accordance with the new regulation, when individuals import goods for their personal needs and the amount of imported goods exceeds the duty-free allowances, customs duties are levied on the simplified procedure.

In other words, a single customs payment has been introduced instead of customs duties, VAT and excise tax. The rate of payment is set at 30% of the customs value of the goods, but not less than $3 per kilogram.

What do drivers disagree with? 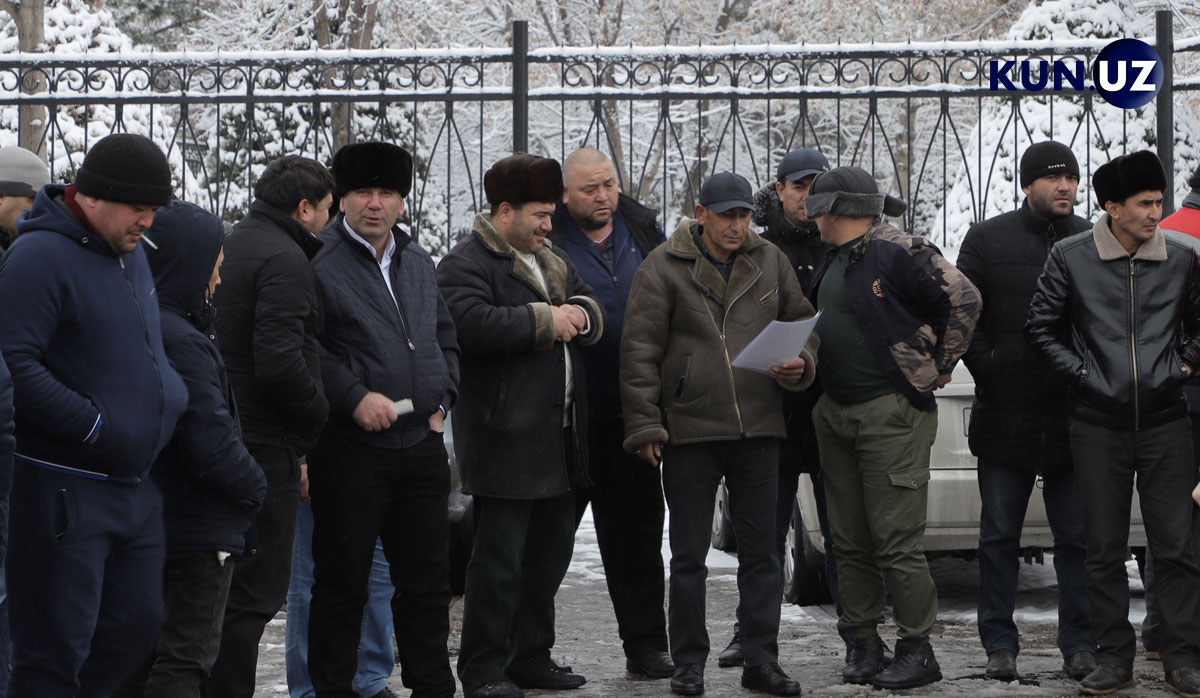 Drivers say that the introduced duty is so high and ask for a reduction in customs duty.

“When entering Uzbekistan, $3 payment for a kilogramm of luggage is not compatible with compatriots working in Russia and drivers traveling en route Russia-Uzbekistan.

Our family members work in Russia and have a salary of around 30-35 thousand rubles. If they pay monthly patent and rental fees, in addition to it, if they pay 120 rubles (about $2) per kg of luggage, what will remain to our citizens?

They also intimidate us by saying “if you don't pay, we will put you on a blacklist. Then you will not be able to leave Uzbekistan,” one of the protesters said. 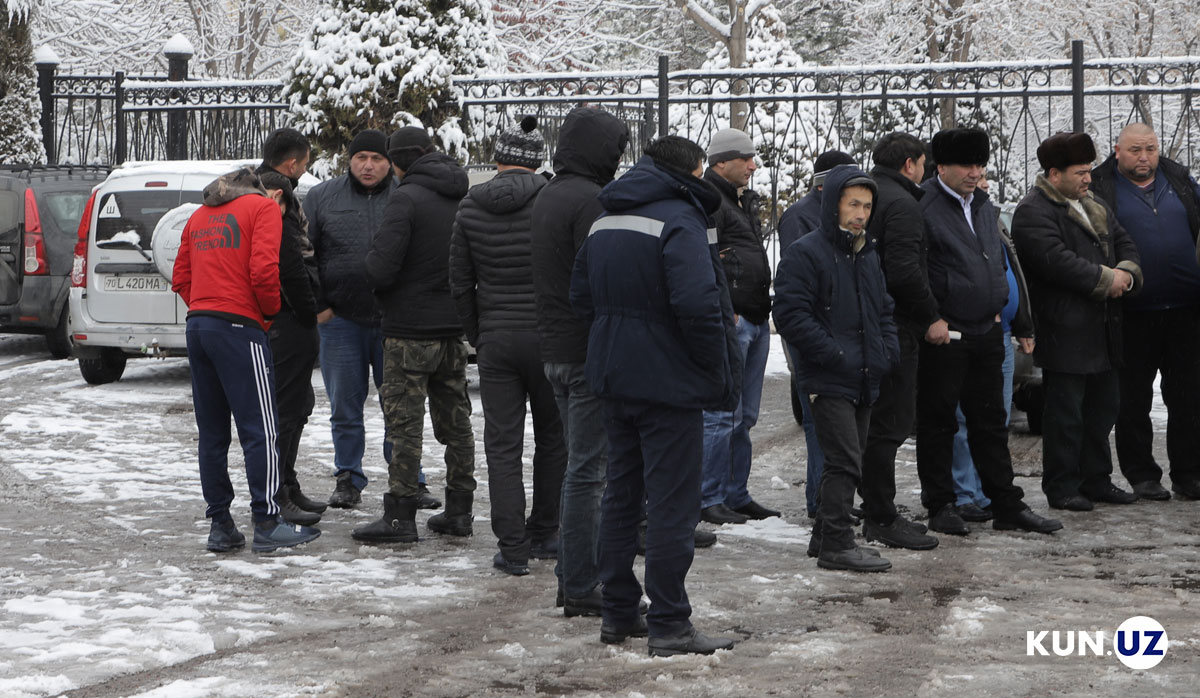 What do customs officials say?

A few days ago, chief inspector of the Customs Duties Department of the State Customs Committee Ilkhomjon Pardayev commented on this matter to Kun.uz.

“The essence of this decision should not be misunderstood.

Until January 1, 2020, the customs duty, excise tax and VAT rates were on average 37% for foodstuffs and 45% for non-food products. Now a single customs fee of 30% is introduced for all of them. 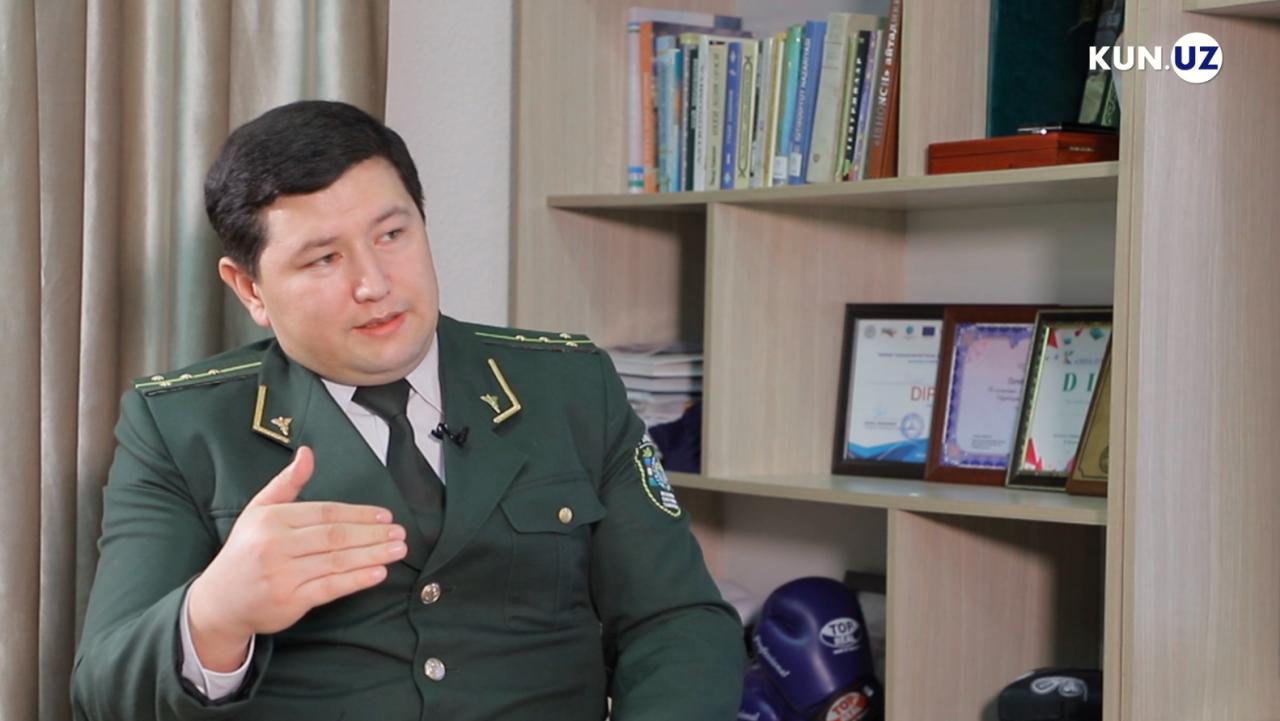 Obviously, the newly introduced single customs duty is lower than the fees charged from individuals until January 1, 2020,” the customs inspector.

On Monday, drivers gathered outside the parliament building and expressed their intentions to file a complaint with other government agencies.