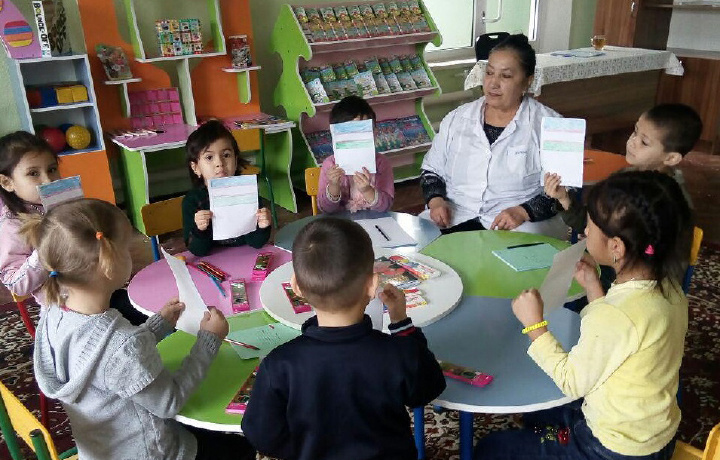 A government decree “On measures for further development of the system of one-year compulsory preparation of children for primary education” has been adopted, the Ministry of Justice reports.

In accordance with the decree, starting from the 2019/2020 academic year in the Republic of Karakalpakstan, regions and the city of Tashkent, a system of mandatory one-year preparation of children for primary education will be fully implemented.

The main tasks of the Ministry of Preschool Education in this area are determined. In particular, the ministry forms preparatory groups for children not covered by kindergartens.

For preparatory groups, the academic year started on March 10 and it ends on August 20. Starting from the new school year, it begins on September 2 and ends on May 25 of the following year.

Pupils of preparatory groups created at kindergartens and beyond are expected to have completed training for primary education and are exempt from compulsory one-year education.

At the same time, children, who have been trained in these institutions, are given a state certificate on completion of a one-year training program for primary education.

The decree approved target indicators for enrollment of children in compulsory preschool education in 2020-2025. Reportedly, by the 2024/2025 academic year, 6-year-old children will be enrolled in pre-school education by 100%.

The time spent by children in groups is 3-4 hours, and the educational process is organized in one or two shifts, the number of children in one group should not exceed 30 people.

13:48 / 19.03.2020
“Nationwide education system providing for training the poor and the unemployed will be introduced” – Draft presidential decree
Leave a comment.You must register to post a comment!
Authorization with social networks