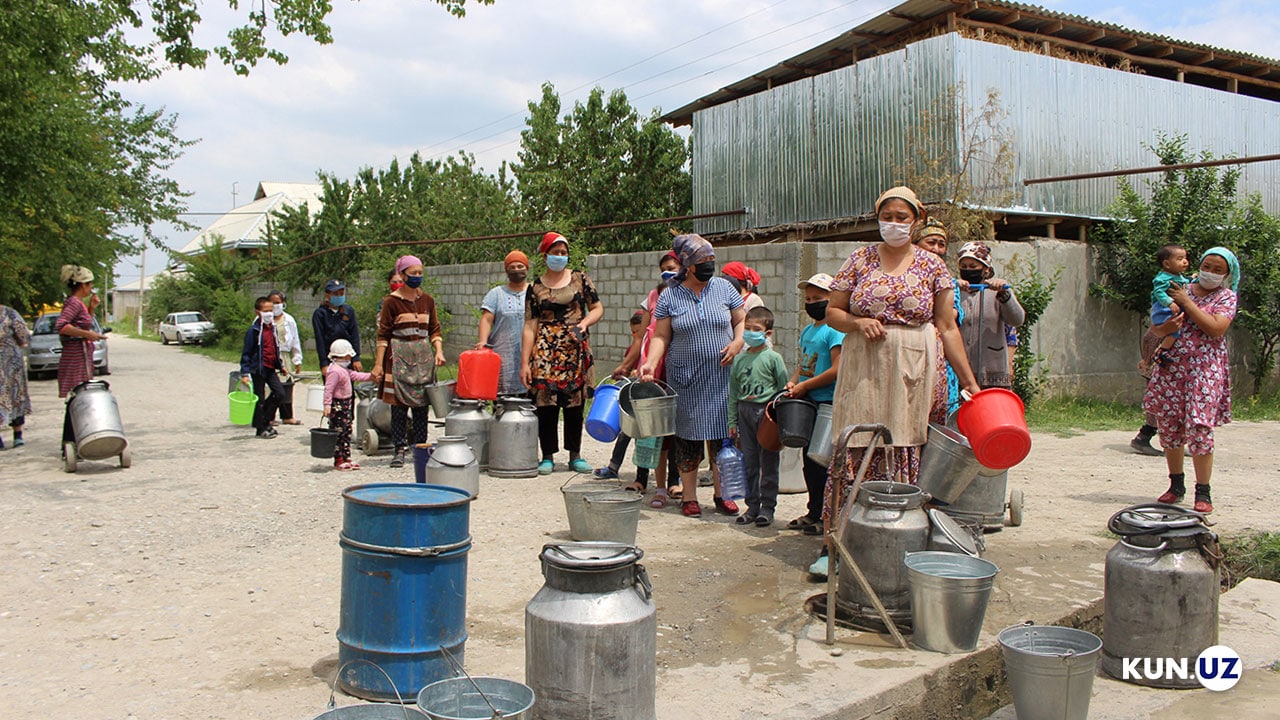 World Bank-financed projects in the Kyrgyz Republic and Uzbekistan are bringing clean drinking water to rural communities—changing lives, particularly for children, the WB said in a report.

The costs of being unconnected

In the Kyrgyz Republic, more than 60% of the population resides in rural areas. In Uzbekistan, the urban-rural divide stands at about an even 50% split. And these rural communities are often left without clean, running water–water supply systems built during the Soviet era have not been adequately refurbished or maintained.

For years, most residents of Alat and Karakul districts of Uzbekistan experienced some of the most precarious water supply situations in the country. A World Bank study of the water supply situation in these regions revealed that 80% of the districts’ populations lived in rural areas and had no piped water supply, relying on unsafe water drawn from irrigation channels and saline wells or bought at a high cost from tanker trucks that filled cisterns in front of each household. Piped water distribution networks covered 23% percent of Alat and only 15% of the Karakul district’s population, but even when available, service was intermittent and offered water that was unfiltered and turbid.

The water supply situation in Tamga village in the neighboring Kyrgyz Republic was largely the same. Villagers relied on water from ditches (aryks) and from the Tamginka River’s open reservoir. Water flows into these sources lay directly under the village cemetery, resulting in contaminated wells and runoff into the reservoir that lacked treatment facilities.

Such inadequate water supply systems and lack of access to clean drinking water in Alat, Karakol and Tamga predictably led to the outbreaks of water-borne illnesses and parasites.

According to Elmira Imanova, chief doctor of the Family Doctors Group of Tamga village, more than 100 children were infected in 2020 from such diseases. She emphasized that poor hygiene measures given the lack of clean running water resulted in such outbreaks.

Children in Alat and Karakul were also negatively impacted due to inadequate water supply systems. The World Bank’s study of Alat and Karakol found that these communities faced some of Uzbekistan’s highest rates of water-borne diseases, with children and the elderly most impacted. 83% of households in Alat reported that their children were sick from drinking water coming directly from canals.

Beyond the harm to public health, the lack of running water in these communities had a disproportionate impact on women, keeping them from reaching their full economic and social potential.

Women in both countries play the primary role in collecting, distributing, and managing sanitary practices for household needs. Gender and Water in Uzbekistan research reveals that 61% of households without access to drinking water relegate the chore of collecting water to an adult female, work that is physically demanding, time-consuming, and potentially dangerous. And time spent fetching water means less time spent pursuing education, income generation, skills building, and leisure.

Partnering with the World Bank

The need to enhance water supply systems in communities like Alat, Karakul, and Tamga is clear.

The World Bank has been supporting projects in Tamga, the Kyrgyz Republic, and Alat and Karakul, Uzbekistan that are helping to bring clean, running water to communities. As the result, more than 232,000 residents of Alat and Karakul now have access to reliable clean drinking water, which has helped save lives and improve livelihoods.

“My wife used to bring water in buckets from the outdoor cistern,” said Asror Khamdamov, a resident of Alat town. “When the water was delivered in front of the household, we connected it to the tap inside the house, which enabled us to wash the dishes with flowing water and to start using a washing machine. I think it made my wife’s life more comfortable. Besides we can drink tap water now without boiling it in advance,” he added.

In Tamga more than 1,500 residents benefitted from a World Bank-funded water supply project. "I've lived in Tamga since birth, all my life. Previously, residents carried water in flasks or paid for the delivery of large tanks of water. I myself specifically bought a car to carry it from the pump, which we were allowed to use in the sanatorium. We paid 350 soms to deliver a big tank of water. It took a lot of time - twice a week, it took half a day to bring four tons. Now I have clean water at home. This is such a joy! We put in a boiler and installed a toilet inside the house. Expectations from the project were very positive. Last year, when we got water on our street in April, my neighbors and I got together and threw a party," says Tamga resident Kydyr Sydykov.

Moreover, the project in Tagma taught children how to prevent the spread of contagious diseases through hygiene classes. A medical worker in Tamga highlighted that the number of infected children after the completion of the project decreased by around 40%.

“Since we were connected to clean running water I stopped worrying when my grandchildren run in from playing outside and drink the tap water. I know it’s safe,” said Umar Sharipov, a resident of Alat.

While rural residents of the Alat and Karakul districts and Tamga village are benefitting from these project results, there is a need to continue cooperation to improve the water supply and sanitation sectors across Central Asia. For that, the Central Asia Water and Energy Program (CAWEP)–financed by the European Union, Switzerland, and the United Kingdom–is supporting critical sector reforms in the Kyrgyz Republic. CAWEP provides expertise to prepare new water supply and sanitation legislation and revise construction norms and standards that will help address key challenges limiting progress on sector-specific development objectives.

These efforts in Uzbekistan and the Kyrgyz Republic serve as a model for how other rural communities across those countries and Central Asia can be connected to life-changing water infrastructure that re-invigorates villages and ensures a more equitable and prosperous rural economy. 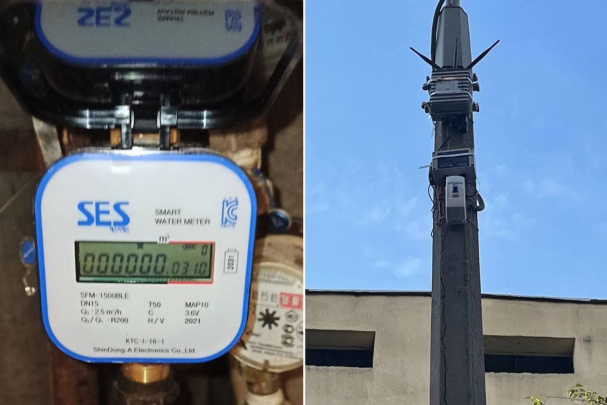 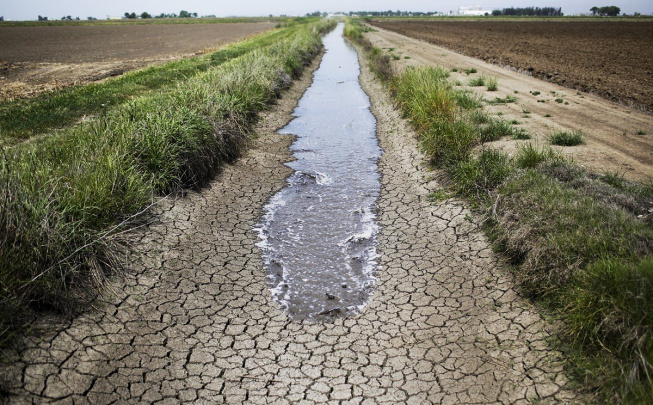 11:33 / 06.08.2022
Experts: Fruit growing in Uzbekistan will be severely limited in the coming years due to water shortage
POLITICS 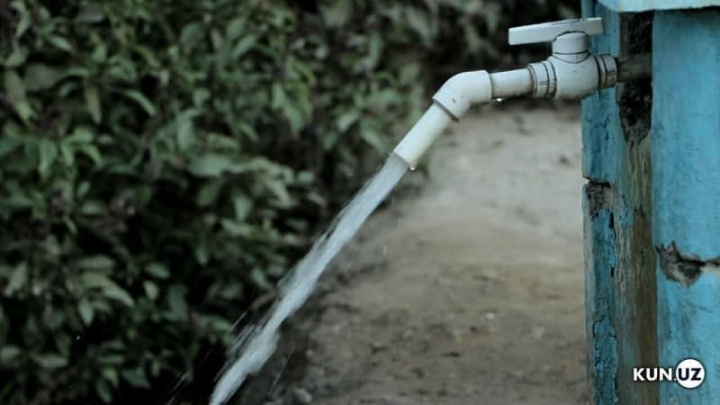