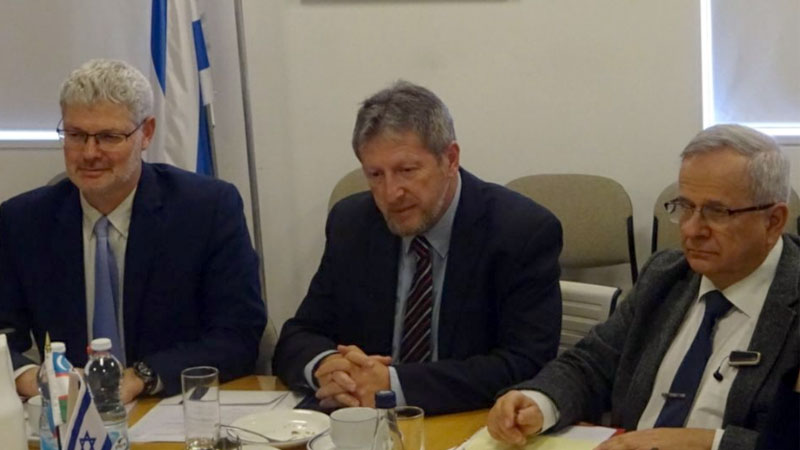 The fifth round of Uzbekistan-Israel political consultations was held on Feb 19, the press service of the MFA reported.

During the meeting, the sides exchanged views on bilateral agenda and cooperation within the framework of international organizations.

As it was stressed, both sides attach great importance to regular Uzbekistan-Israel dialogue in political, trade-economic, scientific-technical, tourism, educational, cultural-humanitarian and other fields, fight against transnational threats.

The parties expressed interest in enhancing inter-parliamentary contacts, direct mutually beneficial relations between business circles of the two countries and confirmed their interest in increasing trade-economic, investment and technological cooperation.

Proposals were made on the schedule and agenda of joint events in 2019, particularly on holding the first meeting of Intergovernmental Commission on Trade and Economic Cooperation.

The delegations also considered the current state and prospects of expanding normative-legal framework of Uzbekistan-Israel relations.