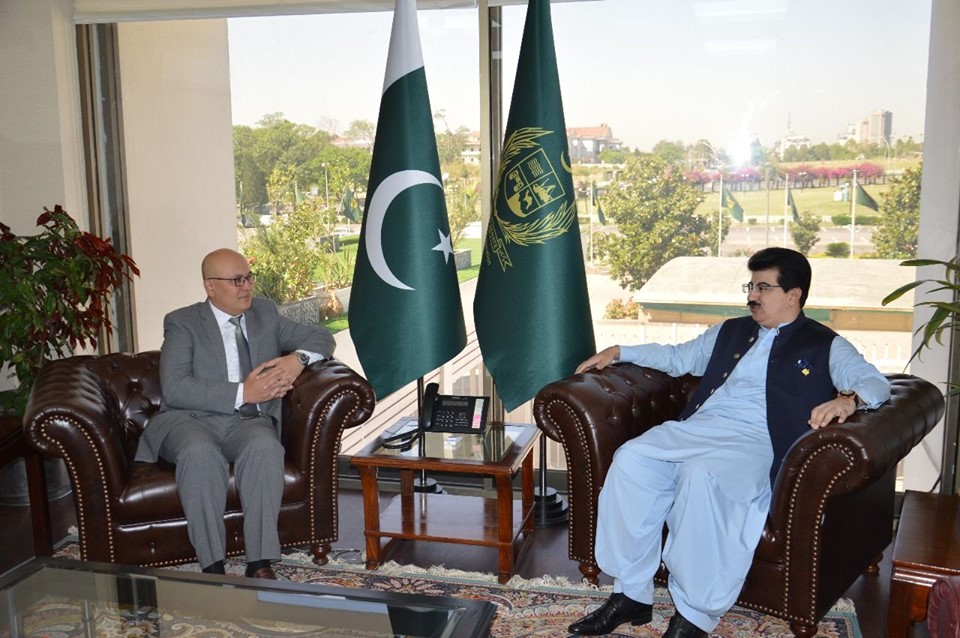 Ambassador of Uzbekistan to Pakistan Furkat Sidikov met in Islamabad with the country’s Senate Chairman Muhammad Sadiq Sanjrani, the press service of the MFA reported.

During the meeting, the parties discussed prospects for expanding Uzbekistan – Pakistan inter-parliamentary cooperation, as well as possibility of further strengthening partnership in trade, investment, logistics, tourism and cultural-humanitarian spheres.

Particular attention was paid to cooperation in transport and logistics in order to further ensure uninterrupted movement of goods between Uzbekistan and Pakistan, including for development of regional trade.

Muhammad Sadiq Sanjrani noted with satisfaction the dynamic growth of trade turnover between the two countries in recent years. At the same time, the parties unanimously stated that there is a huge potential for further strengthening bilateral relations in all spheres of mutual interest.

As it was stressed, the sides also need to strengthen the role and practical participation of parliamentarians of the two countries in improving relevant legal framework of bilateral cooperation.

The sides noted the similarity of the two countries’ positions on regional security issues, including early settlement of the situation in Afghanistan. In this context, Uzbekistan's initiatives and efforts on achieving sustainable peace in the region have been highly appreciated.