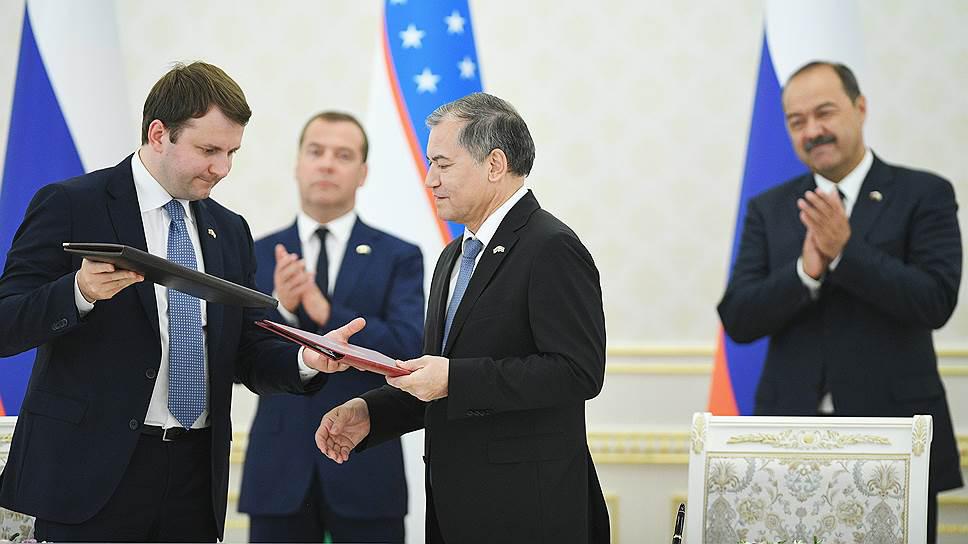 On May 30, the first meeting of the joint commission at the level of prime ministers of Uzbekistan and Russia was held in Urgench, Kommersant.ru reports.

During the meeting, the Minister of Economy of the Russian Federation Maxim Oreshkin assured the Uzbek partners of the seriousness of Moscow’s intentions.

“The Central Asian region is important for the United States in the confrontation with China. And for Russia Uzbekistan is not a changeable map in the geopolitical game, but a deep and close partner with whom it is possible to develop joint projects, the economy. We see great potential here,” he said.

The Minister of Economic Development believes that the goals of cooperation between Russia and the United States with Uzbekistan are radically different.

As Oreshkin emphasizes, Uzbekistan is a profound partner with whom it is possible to develop joint projects and economy for the benefit of the peoples of both parties.

“This is such a big difference in Russia’s approach when we work together. For example, American partners, who view the same Uzbekistan as just one of the elements in their deck, impose some of their standards, but are not interested in long-term joint development. That is why such a great influence is given to this area,” the Russian minister said.

15:41
Uzbekistan becomes most popular tourist destination for Russian travelers in spring of 2020