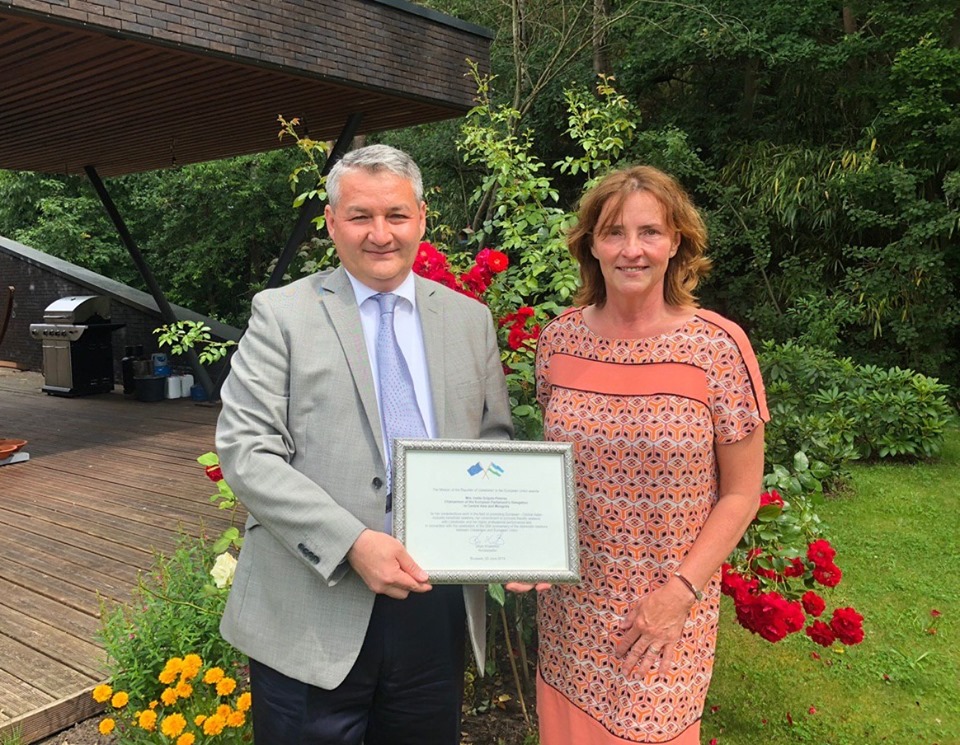 On June 30, 2019, head of Uzbekistan’s diplomatic mission to the European Union Dilyor Khakimov met with the Chair of the Delegation for Relations with Central Asia and Mongolia Iveta Grigule-Peterse, the MFA press service reports.

During the conversation, Iveta Grigule-Peters expressed her deep conviction that at present relations between Uzbekistan and the European Union are at one of the highest points of cooperation. The parties in a fairly short time showed commitment to maximize the interaction platform. The agenda of bilateral relations is full of constant contacts and visits. The visit of the EC President Donald Tusk to Tashkent and his meeting on May 31, 2019 with President of Uzbekistan Shavkat Mirziyoyev was one of the important events.

At the meeting, the parties expressed their appreciation for the results of the second round of negotiations on the draft Partnership and Cooperation Agreement (PCA) held on June 23-25 in Brussels.

At the end of the conversation, Iveta Grigule-Peters was presented a letter of appreciation as a sign of respect for her many years of successful activity in strengthening relations between Uzbekistan and the European Union.