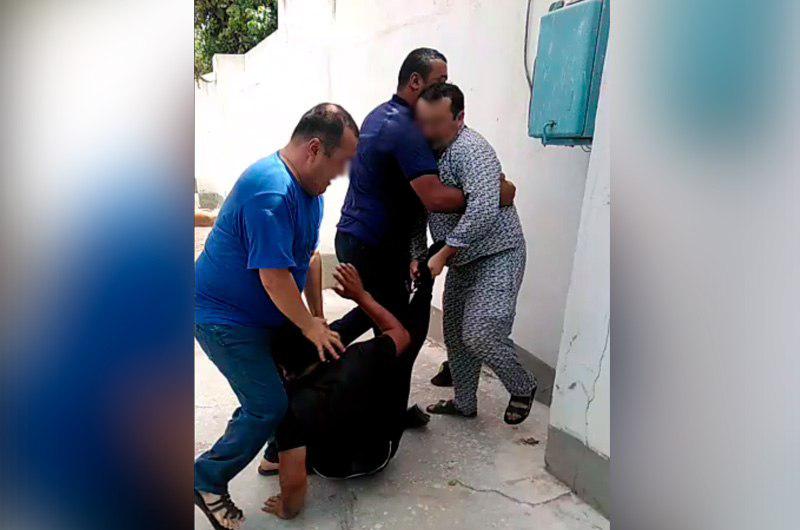 A video has gone viral on social networks in which men beat an employee of the Bureau of Compulsory Enforcement (BCE).

Reportedly, the incident was recorded in the Surkhandarya region. The video shows how a BCE employee lies on the ground and two men try to beat him. At the same time, one of the men kicks him on the head.

Another adult man and women tried to intervene and separate them, the BCE officer ran out of the house.

It is not yet known where and when this incident was recorded.