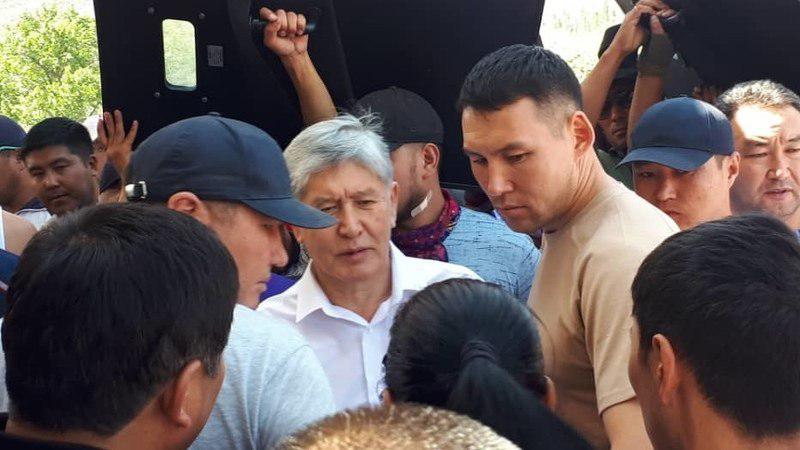 Almazbek Atambayev was brought to the Ministry of Internal Affairs building for investigation activities, AKIpress said.

As a result of joint measures taken by law enforcement bodies, Atambayev was detained.

Atambayev’s lawyer Sergei Slesarev is on his way to the Interior Ministry. He told that most likely, the detention is connected with dismissal of the police summons from the Ministry of Internal Affairs.

“We negotiated with the investigation, which resulted in nothing. I have repeatedly made statements on behalf of the former president that the summons are illegal. In this case, Atambayev has his immunity. Atambayev was ready to provide non-public information about Aziz Batukayev's case. The Interior Ministry refused these procedures,” he said.

It should also be noted that crowds, reportedly supporters of Almazbek Atambayev, started gathering in Ala-Too Square in Bishkek.

22:42 / 07.08.2019
Sooronbay Jeenbekov concludes his vacation, heads back to Bishkek amid reports on detention of Atambayev