In the “Korean diary” rubric, Kun.uz correspondent in South Korea Eldor Vokhidov talks about the procedure for obtaining a driver’s license in the Republic of Korea, the problems encountered and ways to solve them.

In South Korea, when obtaining a driver’s license, foreigners have the same rights and obligations as local people. To do this, one must go through several stages.

Attending a driving school is optional.

Citizens can get a driving license from 18 years old, but this is a very difficult and complex process. However, if you have successfully passed the test, then the license will be given to you in a day.

Most Koreans prefer to undergo 3-day courses before taking exams. The exam costs $700-800. 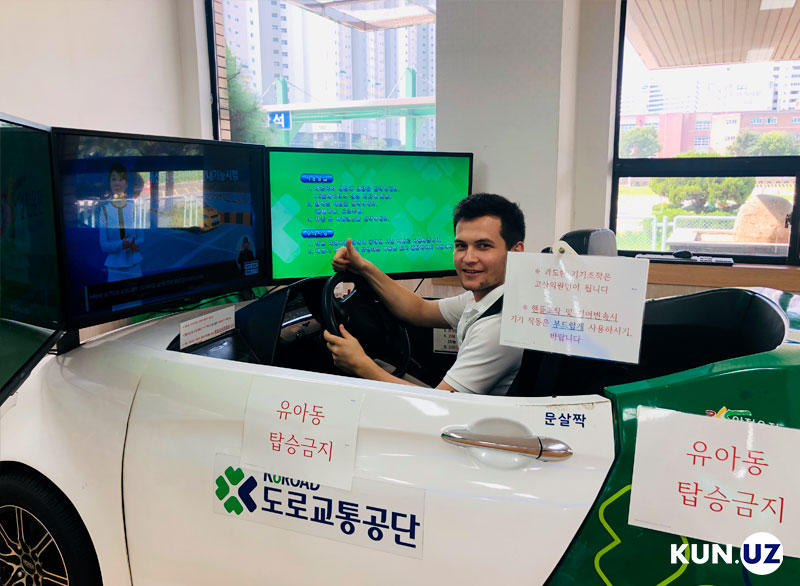 Before the exam, the candidate’s eyesight is checked, and if everything is normal, he is allowed to take the test. 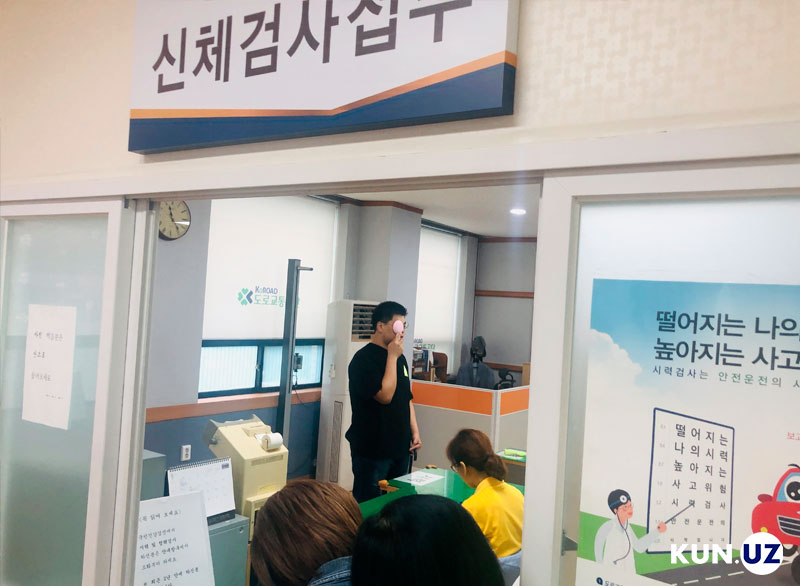 Each test is paid separately and takes place on established days.

Before taking the test, you must attend a 1-hour compulsory lesson. 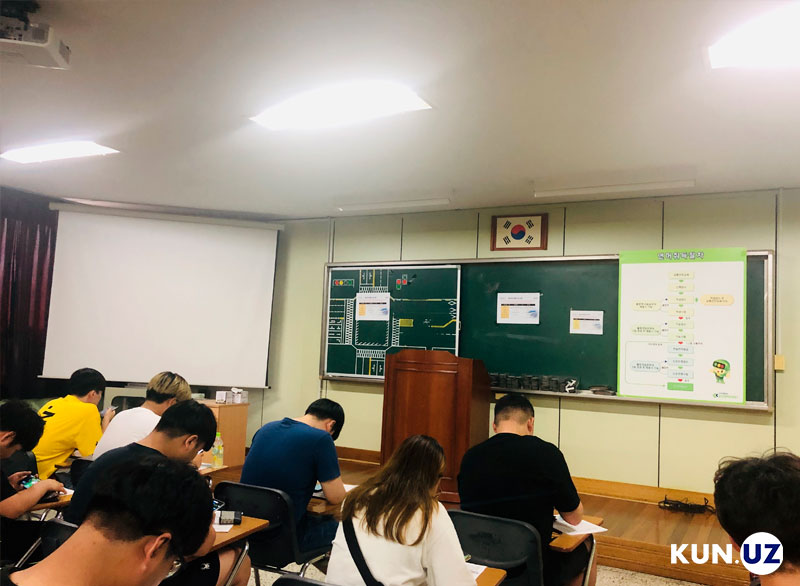 You can enter the class by completing a special form in advance and registering your fingerprint.

Criminal liability is provided for using a mobile phone in the test room. Therefore, it was not possible to take a photo. 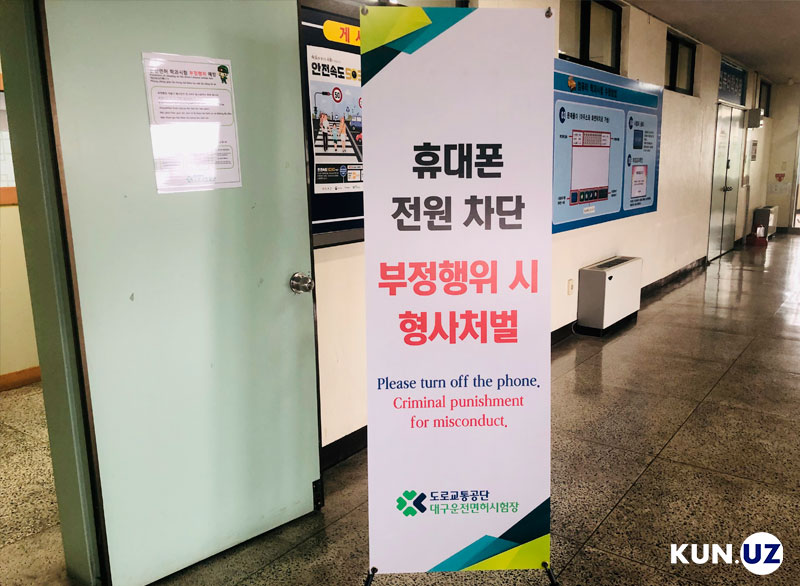 You can take the written test in Korean, English, Chinese, French, German or Japanese. After choosing the English language and reading half of the instructions, we go to the test.

The test consists of 40 questions. To succeed in, you must correctly answer 60% of the questions.

The questions were rather difficult and consisted of drawings and videos on the topic of legislation and traffic of the host country. I failed the exam with 50 points.

Having returned home after an unsuccessful test, I found options for test questions on the Internet, as many as 1000 pieces with the answers. As it turned out, they were specially developed and posted on the network for everyone, who wants to pass the tests. 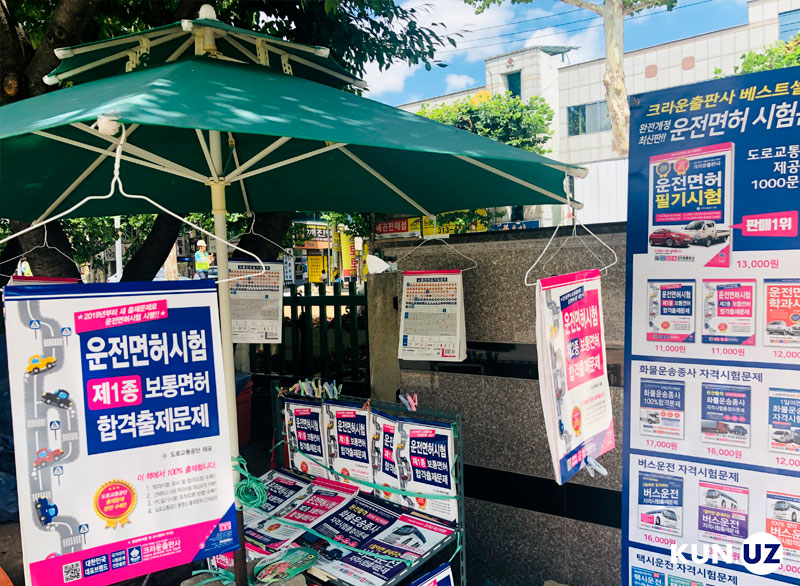 In my second attempt I was lucky to score 60 points! Blue mark is stamped on the form. 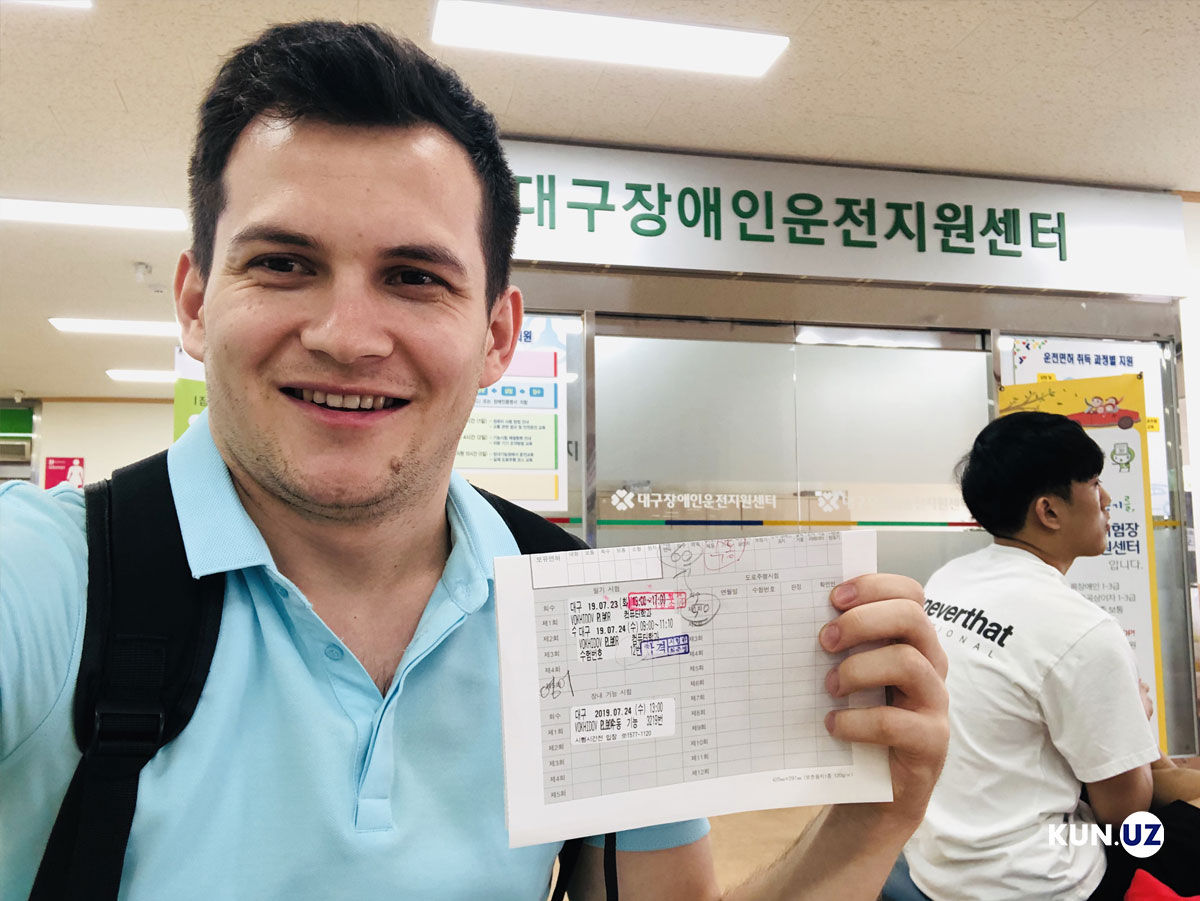 Having signed up for the next Driving Test on the same day, I began preparing for the practical exam.

The real challenge comes at this stage. I “failed” this test 6 times. 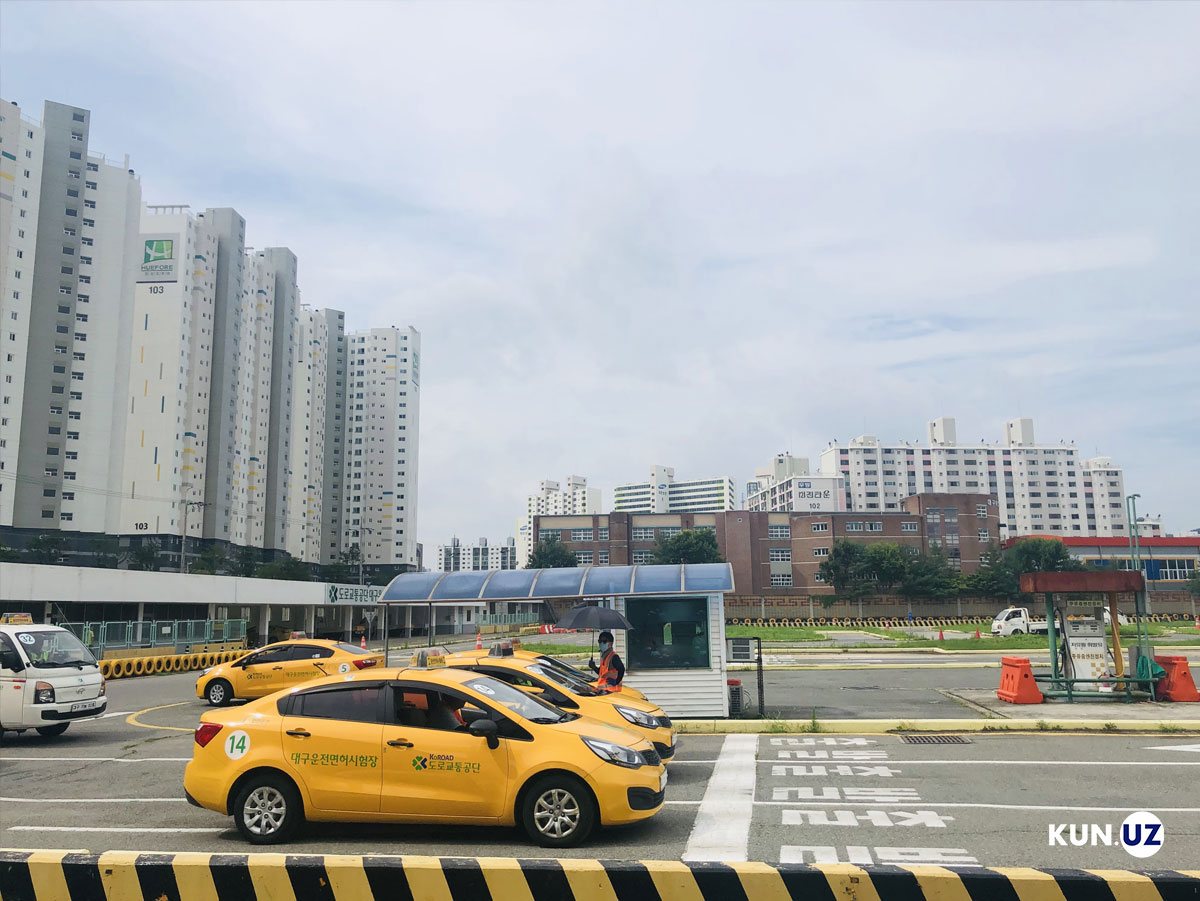 Firstly, we were given a 15-minute briefing, watched a training video footage. The most difficult was a 3-step practical test. At the test site, wearing a special vest, you need to go through about 10-minute practical steps.

There is a small monitor and an alarm in the interior of the test car. Everything is automated. If mistakes are detected, points are automatically reduced. After occupying the driver’s seat, it is recommended to adjust the seat, rearview mirror and side mirrors. At the inspector’s signal, a start is given. 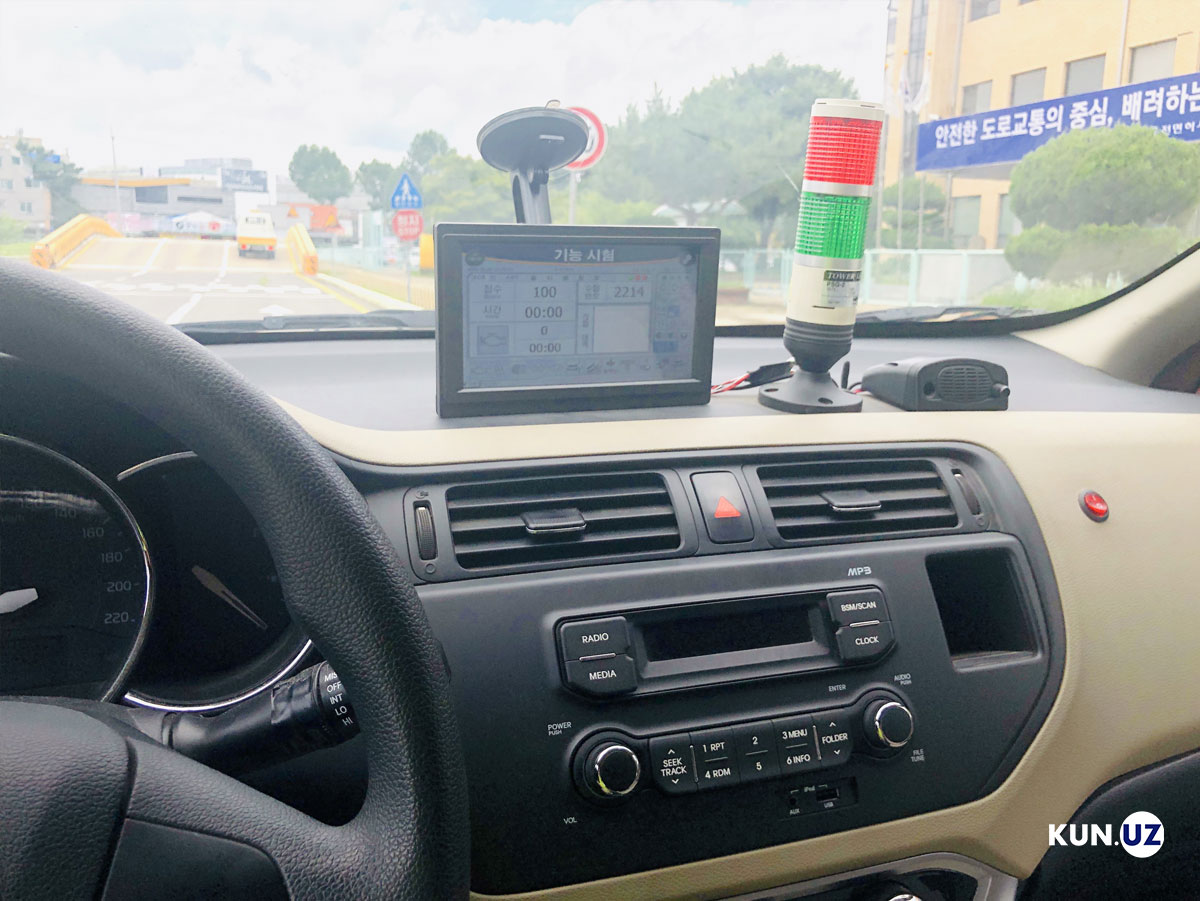 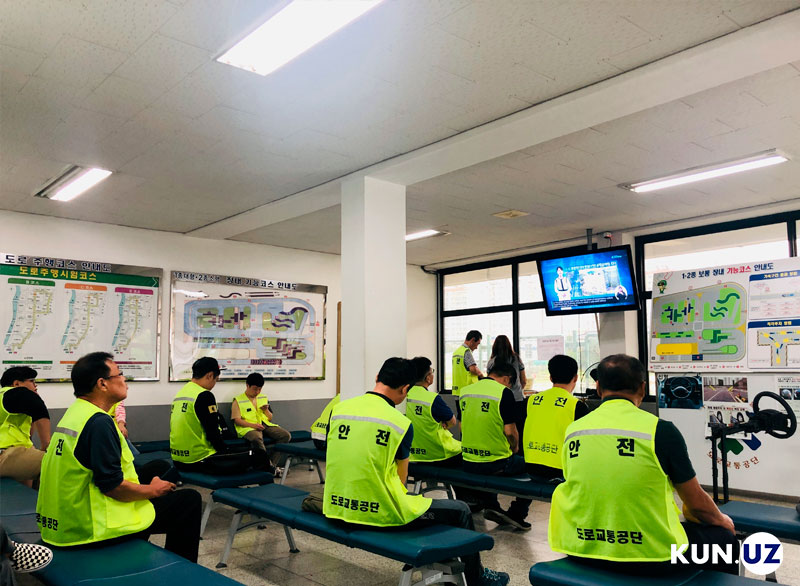 There are 4 exercises that cause the greatest difficulties: elevation, emergency, parking and speeding.

In order to successfully pass the test, you need to score at least 80 points from the maximum 100. At the same time, points are not scored, they are given initially and are deducted for each violation of the rules. The fine amount depends on the degree of violation.

In the car, the driver sits alone. He receives instructions from the “auto-dispatcher” device installed in the cabin. There is a choice of language. It is difficult to fully understand the instructions in English, so we periodically check the text of the tasks on the monitor.

The first serious test is to drive up a hill, stand there for 3 seconds and continue driving. To use the parking brake for cars with a manual gearbox threatens to be disqualified, and for rolling back more than 50 cm at the start of movement, points are deducted. So, I had to turn off the engine after climbing to the hill. Of course, the points were deducted.

2. Test for speed in an emergency

If you are on the site - you need to be on the alert all the time. At any time, examiners can give an alarming signal. In this case, you must stop the car (2 seconds) and turn on the alarm (3 seconds).

For 2 minutes, in a small dead end you need to park in the parking lot and leave again. If you run into the yellow markings (the most common violation) – minus 15 points. This is where I failed the exam 4 times!

I managed to pass this test at the first attempt. In this case, it was necessary to pick up speed over 20 km/h, and drive about 40 meters. 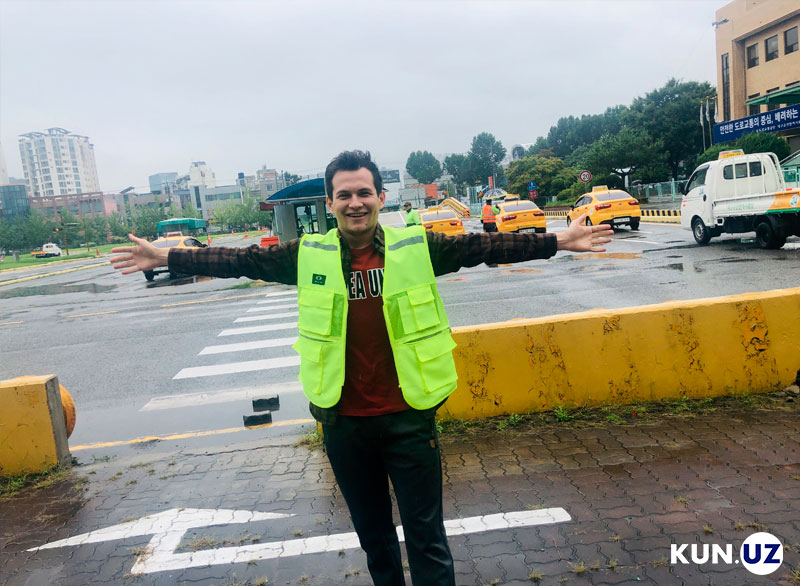 At this stage, it is enough to follow the signals of traffic lights. To succeed in the exam, at the end you must have at least 70 points. 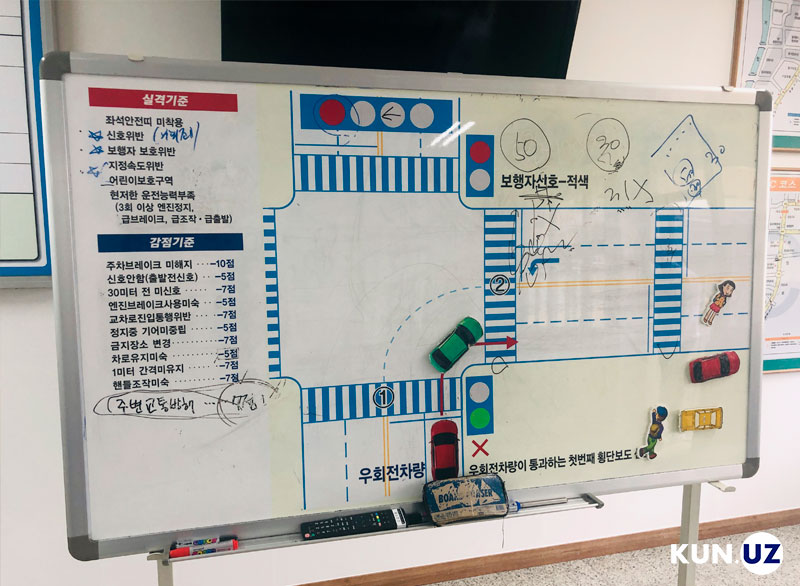 At the third attempt, I practically made no mistakes, and the inspector put another blue stamp on my examination sheet. Now it is a victory!

I brought my passport, photos and a Korean ID-card. I specially noted the time by the clock: they gave me the license in 6 minutes.

The document I received is international and does not require any paperwork in another 35 countries, including Australia, United Kingdom and Canada. Validity of the license is 10 years.

According to some data, driving licenses obtained in South Korea are recognized in 97 countries.

With a driving license obtained in Uzbekistan, you can drive in South Korea.

In order to drive, a citizen of Uzbekistan must exchange his local license for the Korean version.

A friend of mine in Korea said that this procedure takes only 3-4 hours. 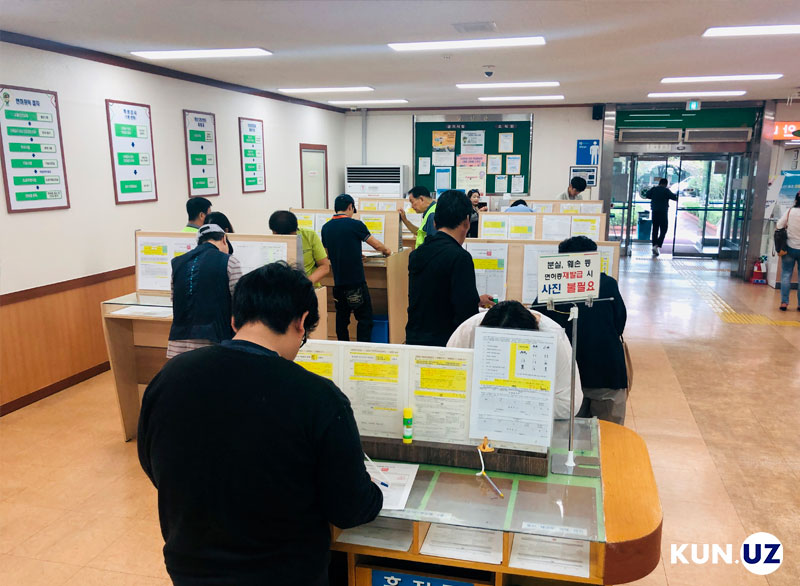 People, who are willing to get a driver’s license in Korea, should seriously prepare: learn tests with 1000 questions and practice.

If finances allow, you can study at a driving school. But the most affordable way is a video course for honing skills in a safe area.

P.S. In the next article under the “Korean diary” rubric, Kun.uz correspondent in South Korea will talk about legal ways of working for foreign students and about problems with changing visas.

16:13 / 19.12.2019
Korea to help Uzbekistan create a center for development of digital economy
Leave a comment.You must register to post a comment!
Authorization with social networks