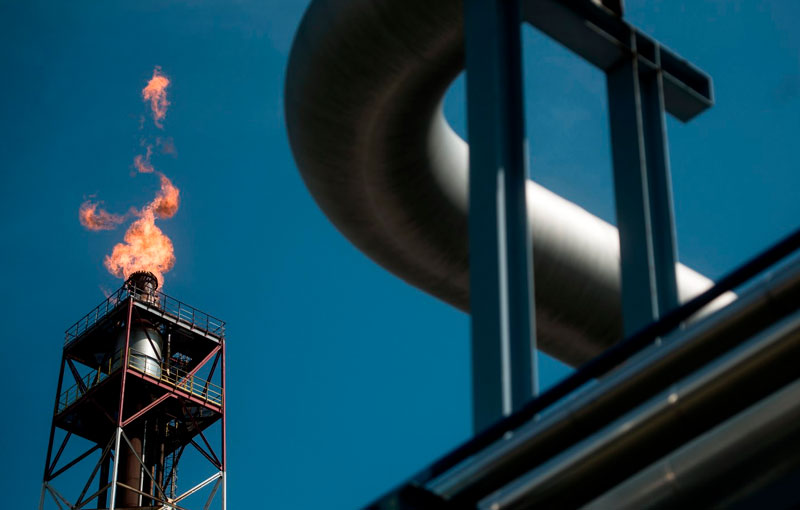 During measures to identify and cease the activities of underground workshops, which are specialized in refining clandestine oil and oil products, Uzneftegazinspeksiya discovered one of them in the Fergana region, the press service of the Energy Ministry reports.

The enterprise, having no permits from the competent bodies, organized an underground production – a crude oil processing workshop. There, gas condensate was obtained by direct pumping, and oil products were cooled by running the product through 40 milliliter steel pipes that were laid in a tray with flowing water. Also, 2 underground and 7 aboveground tanks, 4 plain containers and 20 twenty-liter barrels for glue, 4 two-liter barrels and two horizontal containers were found on the enterprise’s territory.

In a word, an oil and oil product processing cycle was organized at the facility. There are 5 tons of crude oil, 5.5 tons of diesel fuel, 23.5 tons of industrial oil, as well as 12 tons of oil sludge and 3 tons of oil coke among the discovered material evidence.

Raw materials were stored in iron barrels, and processed products, including oil – in tanks. Currently, total volume of oil products in tanks is being established.

To determine the quality of the product, 5 samples were collected from the detected containers. Samples were transferred to the chemical control laboratory of the Fergana Oil Refinery for detailed analysis.

In addition, there are no relevant documents for the raw materials used, which means that it is illegally supplied to this clandestine workshop by theft.

Allegedly, the source of the illicit receipt of raw material is from nearby enterprises that are specialized in the extraction and processing of crude oil.

12:33 / 07.02.2020
President instructs to ensure sustainable fuel supply to economic sectors and population
Leave a comment.You must register to post a comment!
Authorization with social networks