0
309
Sodiq Safoyev: Uzbekistan is in the midst of a magnificent 10-year period 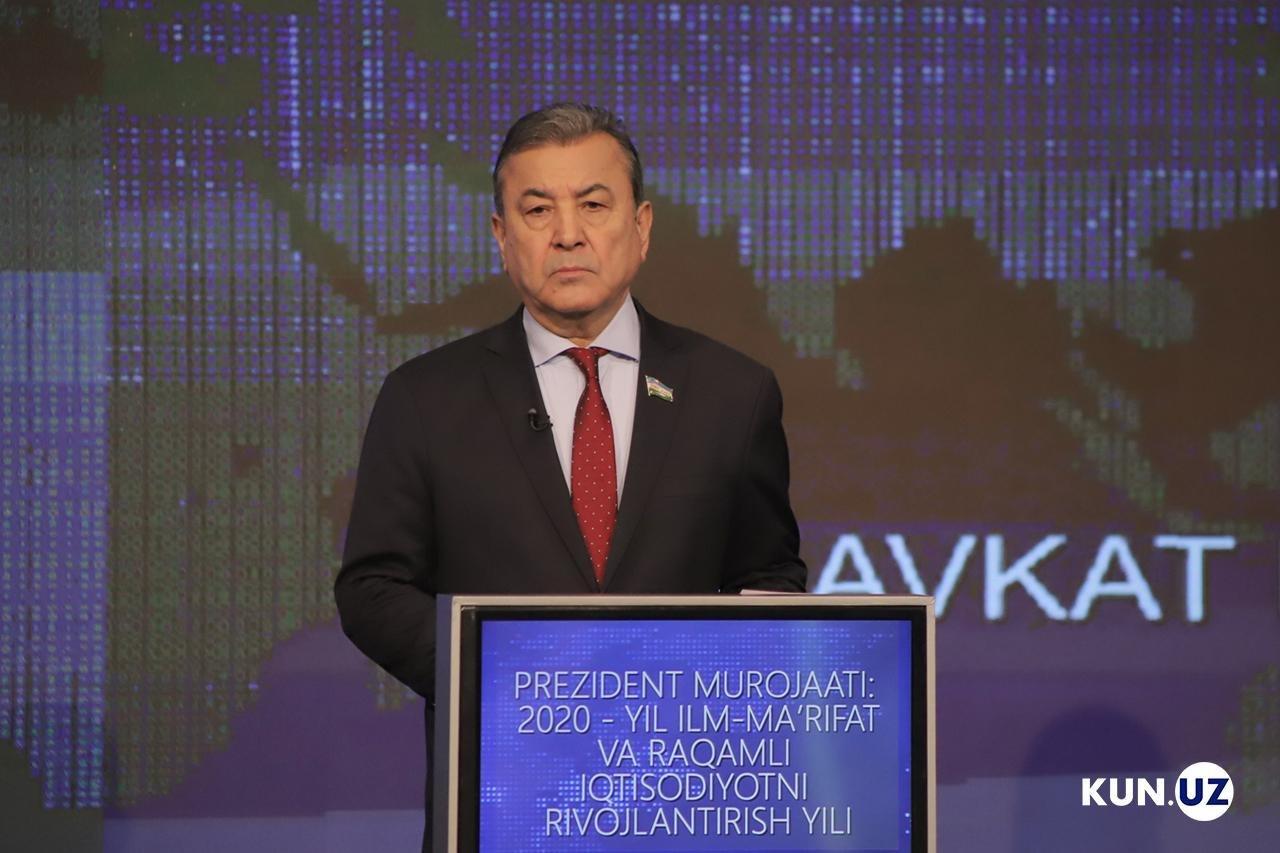 Speaking at the event, First Deputy Speaker of the Senate Sodiq Safoyev said the followings:

“There is a deep analytical study under this appeal. It is not enough to read this document once, to hear it once. All members of the parliament, scientists must read and understand it again. Secondly, in the past three years a great work and reforms have been carried out in our country, and the basis for transition to a new stage has been laid. Elections have become the end of this 3-year period. In these elections, our people demonstrated their wisdom and political will. The Parliament and the government were formed through elections.

I have come to a conclusion that this document is not just a reference for next year. It is intended for the next 10 years. For me, the conclusion is that Uzbekistan has entered a magnificent 10-year period. It will be a matter of life and death for us. Uzbekistan will either be a competitive, modern, advanced state or it will be lagging behind.”

18:52 / 07.12.2019
Sodiq Safoyev: New goals cannot be achieved with the old system
Leave a comment.You must register to post a comment!
Authorization with social networks