A local resident poured gasoline and set herself on fire in front of the prosecutor’s office building in Kashkadarya. 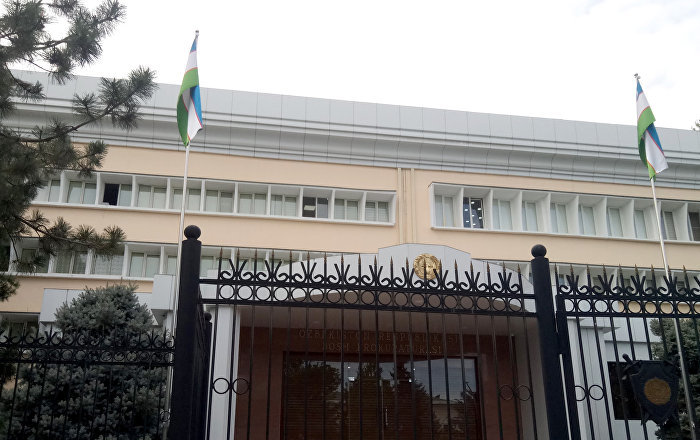 According to media reports, a 60-year-old father of the woman received injuries while trying to save her, and then was sent to the regional hospital. She said that she decided to take such a desperate step since the district and regional prosecutors did not pay attention to her complaints about the demolition of her house.

According to a resident of the Kasan district, Kashkadarya region, on the morning of February 19, he and his daughter went to the regional prosecutor’s office to file another application against the demolition of his daughter’s house. However, as the elderly man says, the guards did not let them enter inside the building, saying that “there is no one in the prosecutor’s office”.

“My daughter’s house is being demolished. We have been appealing to different government institutions for around a year now. Nobody wants to listen to us. Now the authorities want to get the house demolished through the court. Therefore, she set herself on fire near the building of the regional prosecutor’s office. I had my hands burned while trying to put out the fire,” the man said.

He noted that his daughter did not receive any serious bodily injuries, as the fire was extinguished in a timely manner. The man himself was hospitalized in the emergency department of the hospital in Kashkadarya.

As the woman states, she borrowed 15 million soums from her older sister in 2019 and built a one-room house next to her sister’s house on a plot of 7 acres, which is located on the Fusunkor Street in the Mash’al mahalla, Kasan district.

“But a few months later the owner of this site “appeared”, which for years stood abandoned. I didn’t have my own house, I took a loan and built this one-room house. My husband is a disabled person of the second group, we have one child, now I am pregnant with the second. When we finished building the house, the landowner appeared. To be honest, I do not have any cadastral documents. We just built the house out of despair on this empty site. And now they want to demolish our house,” she said.

The woman says that with the help of a lawyer, she collected documents proving that the land on which she built her house does not belong to a private person, but to the state. She handed them over to the prosecutor’s office and the district administration. However, local authorities did not pay any attention to these documents.

According to the press service of the Prosecutor General’s Office, residents of the Kasan district illegally seized a land plot on the territory of an enterprise and built a house.

Later, the head of the enterprise appealed to the civil court to vacate the land parcel, but the residents complained about it to the regional prosecutor’s office.

“On February 18 of this year, a meeting of the district khokim with local residents took place in the Kashkadarya regional prosecutor’s office. Then the woman said she spent 20 million soums on the construction. The district’s khokim offered her a new land plot and said that he would help with the construction, she did not agree to such an offer,” the press service of the supervisory department said.

On February 19, court representatives and specialists came to her house to see the site. Then a woman with family members went to the regional prosecutor’s office and set herself on fire.

According to representatives of the prosecutor’s office, it was a provocation. Currently, law enforcement officers are conducting a pre-investigation check.

20:23 / 04.02.2020
A businessman attempts to bribe a police officer asking him not to initiate criminal proceedings

16:33 / 23.12.2019
Prosecutor General’s Office investigates the cases of electoral violations in Tashkent and Kashkadarya

14:26 / 19.12.2019
Prosecutor’s office opens a criminal case on the fact of incident at the metro construction site in Yunusabad
Leave a comment.You must register to post a comment!
Authorization with social networks