Foreign Minister of Uzbekistan Abdulaziz Kamilov will attend the signing ceremony of the agreement between the U.S. and Taliban, which will be held in Doha, the capital of Qatar, on February 29. 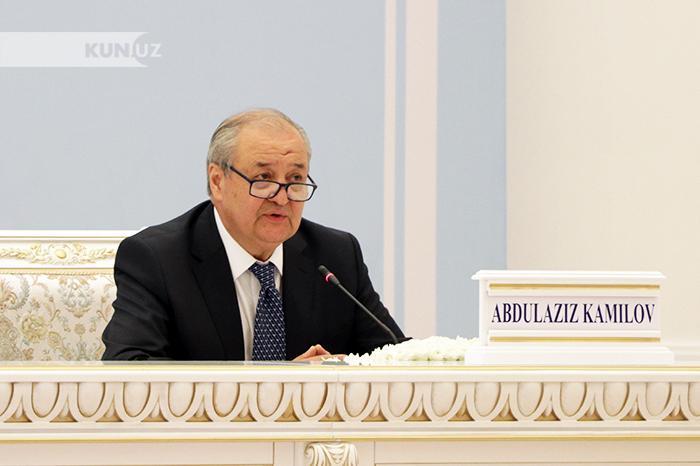 “The delegation of Uzbekistan, headed by Foreign Minister Abdulaziz Kamilov, in accordance with the official invitation, will take part in the signing ceremony of the agreement between the United States and the Taliban, which will be held on February 29, 2020 in Doha,” the MFA press service said.

It is noted that the agreement would set into motion the drawdown of U.S. troops from Afghanistan and potentially pave the way to ending America’s longest-fought war.

President Donald Trump announced on Friday that he had dispatched Secretary of State Michael Pompeo to “witness the signing of an agreement with representatives of the Taliban” and Defense Secretary Mark Esper to “issue a joint declaration with the government of Afghanistan.”

Earlier, the U.S. State Department announced that they were preparing to sign an agreement with the Taliban on February 29. The spokesman of the Taliban’s political office in Doha, Sohail Shaheen, said the signing would take place in Qatar on February 29 in the presence of representatives of other countries and organizations as observers.

13:48 / 02.03.2020
US Special Representative: Mirziyoyev’s initiative played a major role in the peace talks on Afghanistan
Leave a comment.You must register to post a comment!
Authorization with social networks