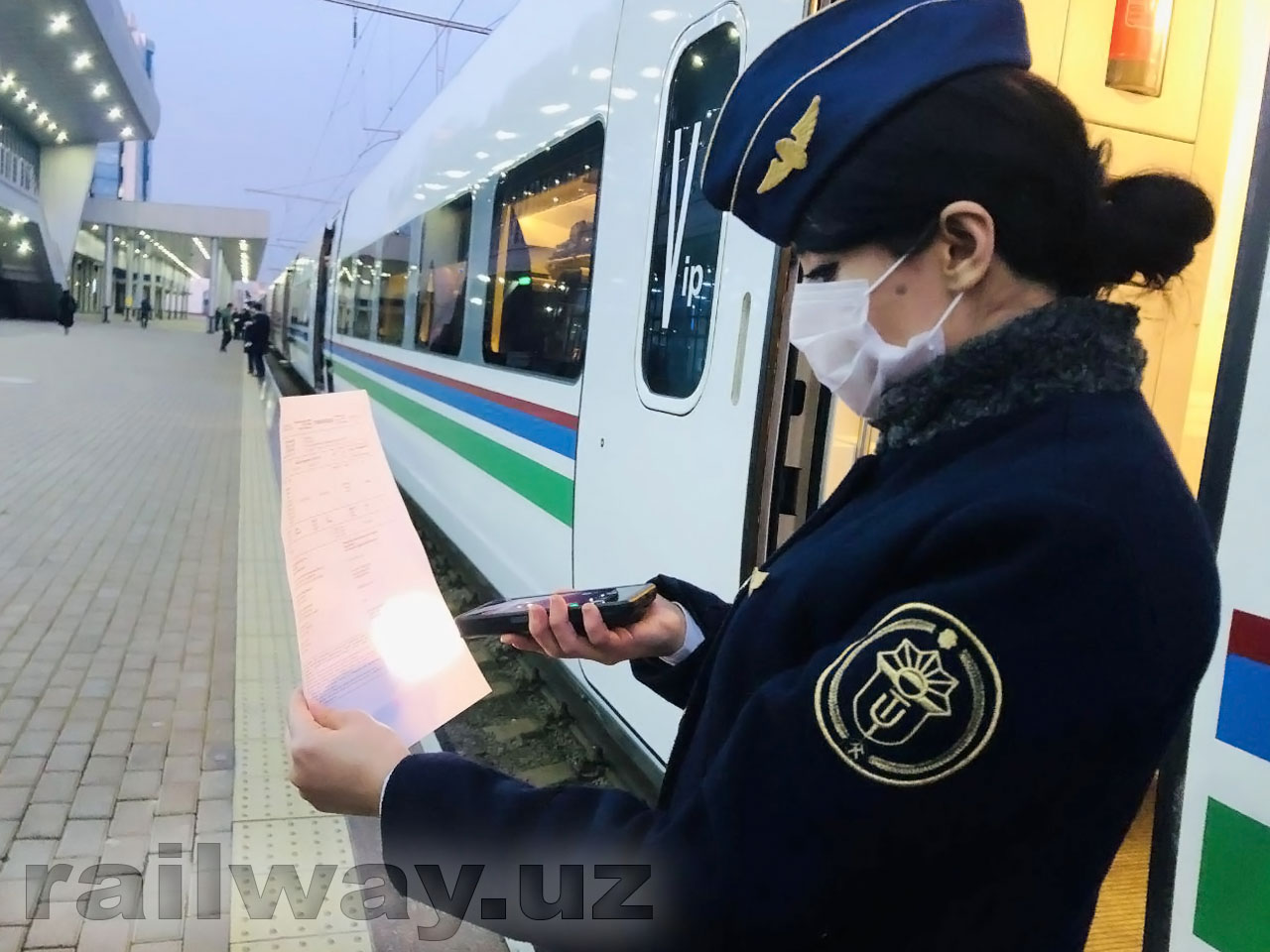 JSC Uzbekistan Railways has begun the introduction of technologies for checking electronic travel documents with special QR-code readers to reduce the time for verification procedures when boarding trains, the company said in a statement.

Controlling officers, as well as conductors, will verify the authenticity of the electronic travel document using special devices and the passenger can freely board their seats on the train.

Currently, in the test mode, two readers are used at checkpoints at the Tashkent-Central railway station and ten – on one of the Afrosiyob trains. In the future, similar technologies will be available at all stations of the country.

09:40 / 22.02.2020
Uzbekistan Railways reduces commission rate for e-tickets
Leave a comment.You must register to post a comment!
Authorization with social networks