Within the framework of the forum, creative meetings, master classes, screenings of Uzbek cartoons and the presentation of a new issue of the comic magazine “Zumrasha” have been organized. 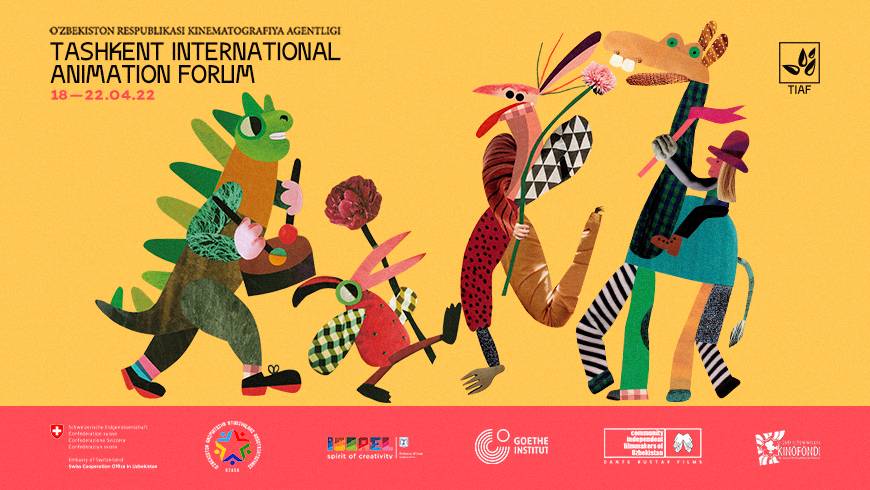 On April 18-22, Tashkent will host the Tashkent International Animation Forum (TIAF-22), organized on the initiative of the Film Agency in cooperation with the Embassies of Switzerland and Israel in Uzbekistan, the Goethe Institute in Tashkent, the National Film Fund, the National Center for Development of Cinematography, the Bazelevs film company and the film studio “DRF” – Community independent filmmakers of Uzbekistan.

The forum will be attended by animation specialists from Russia, Germany, the Czech Republic, Israel, Georgia, Ukraine, Azerbaijan, Tajikistan, Kazakhstan and Kyrgyzstan, as well as Uzbek animators and representatives of Aqlvoy and Bolajon TV channels.

During the forum days, presentations, master classes, creative meetings and a number of other events with the participation of talented animators are planned. In particular, animation specialists from about 10 countries will conduct seminars and trainings.

It is noted that within the framework of the forum, for the first time, Uzbek cartoons, which were returned to their homeland in the form of reference negatives, will be shown to the general public.

There will also be a presentation of a new issue of the humorous magazine “Zumrasha” by the “Yoshlik” studio and the best cartoons created by foreign animators. A number of events will be organized in the regions during the forum.

The forum will also include a presentation of films created by young artists.

13:23
A passenger detained at Tashkent airport for attempting to transport sweets with cannabis (video)
SOCIETY