The agency under the Ministry of Poverty Reduction is spending 8.4 billion soums (about $755,000) to create the “Online Mahalla” information system. For this, as an exception, a contract was concluded without a tender. Developers say that it will cost several times less to create such an information system. 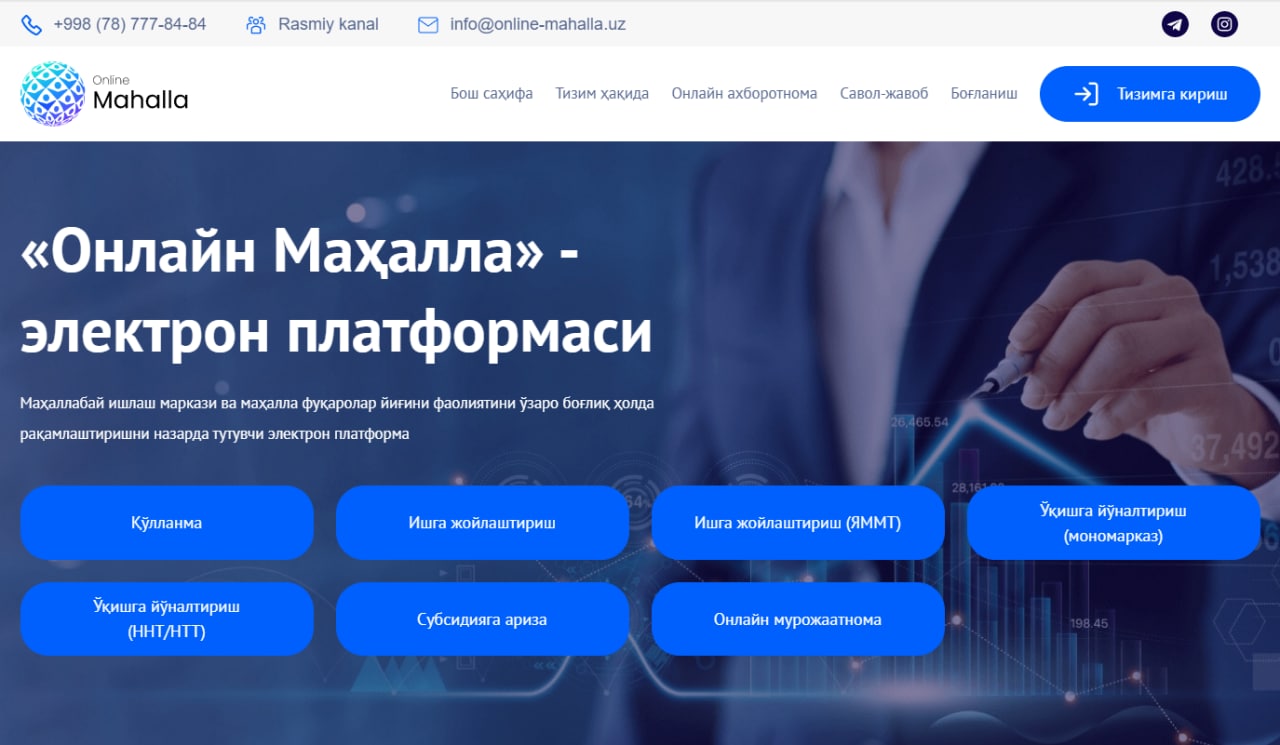 The Agency for Development of Mahallabay Work under the Ministry of Economic Development and Poverty Reduction allocated 8.4 billion soums for the creation of the “Online Mahalla” information system. The document in this regard is posted on the State Procurement Portal.

A direct contract was concluded between the agency and Realsoft LLC on May 18, 2022, in the event that a tender is required by law.

In order to launch the electronic platform “Online Mahalla” in a short period of time, a direct contract was signed with Realsoft LLC, one of the largest IT companies with sufficient experience and qualifications in this field, without conducting a tender (competition), as an exception.

According to the law “On State Procurement”, budget customers must make public procurements worth more than 6 thousand BCAs - 1.8 billion soums through tender.

30-day period extended to 325 days: Was there an attempt to give a “fair” tone to the project?

Initially, the contract stipulated that the company would deliver the platform within 30 days, and the project cost was 8.4 billion soums.

But on May 30, an additional contract was signed and the project period was extended; in addition to platform development, it also has a maintenance role. This time, the details are more clearly written in the agreement: 45 people will work for 325 working days on project development and technical service at a fee of 96,000 soums per hour. But the contract value has not changed.

The fact that the contract specification was changed 12 days later raises questions about the possible extension of the deadline to 325 days and the inclusion of a “maintenance” clause, given that it is questionable how much money is being spent on the development of one information system.

The contract is “legal” and “free from corruption”

A. Yakubbayev, the chief legal consultant of the agency, concluded that “the contract was drawn up in accordance with the law”.

Additional agreement No. 1 to the contract was signed by the head of the Legal Bureau B.Nurmuhammedov: he passed the legal examination of the contract and on May 30, “during the examination, it was not determined that there are norms in the project that create corrupt situations and contradict the principles of gender equality of citizens”, “...in accordance with the legislative documents, the goals and objectives of the reforms being carried out in the country, as well as the rules of legal technique”, he concluded.

According to the state register, the main owner of Realsoft LLC is Khikmatullo Nasrullayev. He owns 80% of the company. 20% share belongs to Nilufar Jafarova. The enterprise was established in 2015 and is engaged in activities in the field of computer programming. Charter fund - 10 million soums.

Khikmatullo Nasrullayev also owns shares in other companies in the field of computer programming - “Smart Marketplace” and “Wisesoft IT group”.

“For a 30-day job, this much money is not spent even in the United States”

When the news about the cost of the project spread on the Internet, Uzbek programmers did not hide their surprise that the state is allocating 8.4 billion soums to a simple platform.

“If there are volunteers, we will finish writing this platform in 1 week. For free. 8 billion 400 million soums ($755,970) are not spent in the USA for 30 days of work. Or we will create a platform for state tenders!” one programmer wrote.

“Price may be inflated”

According to the representative of the IT sector interviewed by Kun.uz,   to determine the average market price of this project, it is necessary to see the technical assignment, but even without seeing it, the project price can be considered inflated.

“First of all, this is not just a simple site, but an information system (in its contract, it is indicated as an online platform).

The technical assignment was not specified, the initial price was reduced by 870 million soums based on the expertise, which means that the original price was even higher.

However, in my opinion, the price of the system is very inflated. In the additional agreement No. 1 to the contract, 45 people will work 6 hours a day for 325 days and one person will be paid 96,000 soums per hour, and the total value of the order is 8.4 billion. I consider this assessment to be very wrong and hide the details of the system development.

What specialists work, their number and their hourly wages, what functions are built and how much time is spent on them - it is determined from this. True, the firm is not obligated to disclose these things, but the terms of reference must be disclosed. And after that, what can be said finally,” the programmer said.

The “Online Mahalla” information system was developed in connection with the start of the work of assistant mayors in all neighborhoods of the republic. Through the portal, people can receive various subsidies, get a job, apply for study at a monocenter or send an application. When reviewing applications, assistant khokims may check whether applicants are unemployed, low-income or poor family members, and whether they have previously used the requested subsidy.

Kun.uz addressed questions to the Mahallabay Work and Entrepreneurship Support Agency about why a tender for the implementation of the project was not held, why 8.4 billion soums were spent on one information system. The press service of the agency said that a response is being prepared. 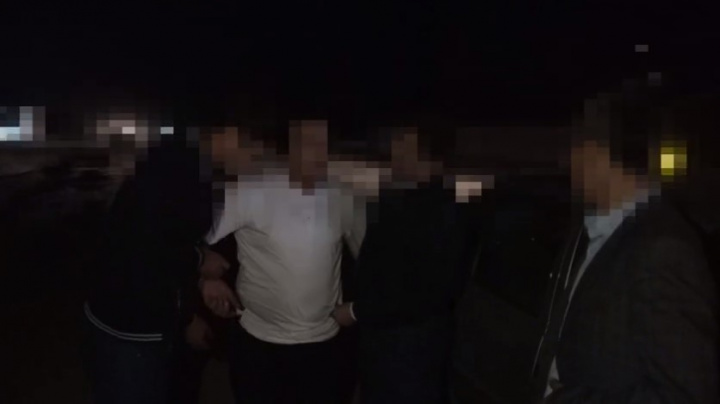 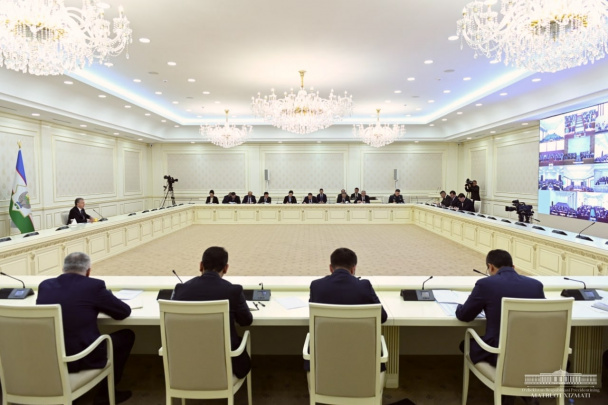 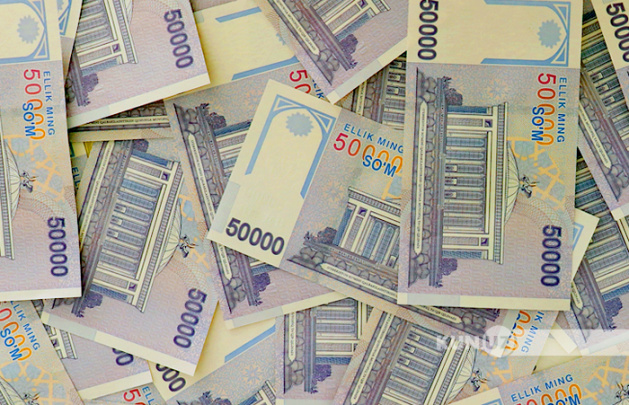 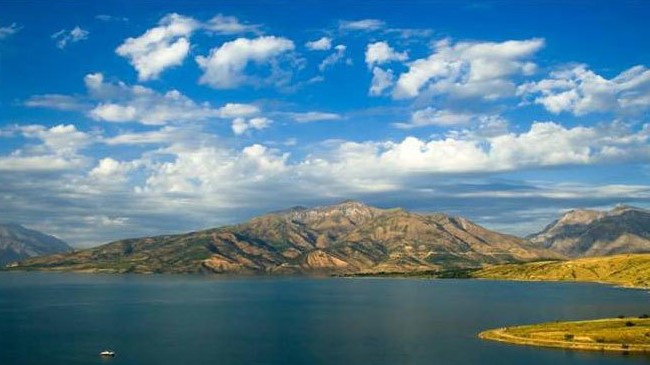