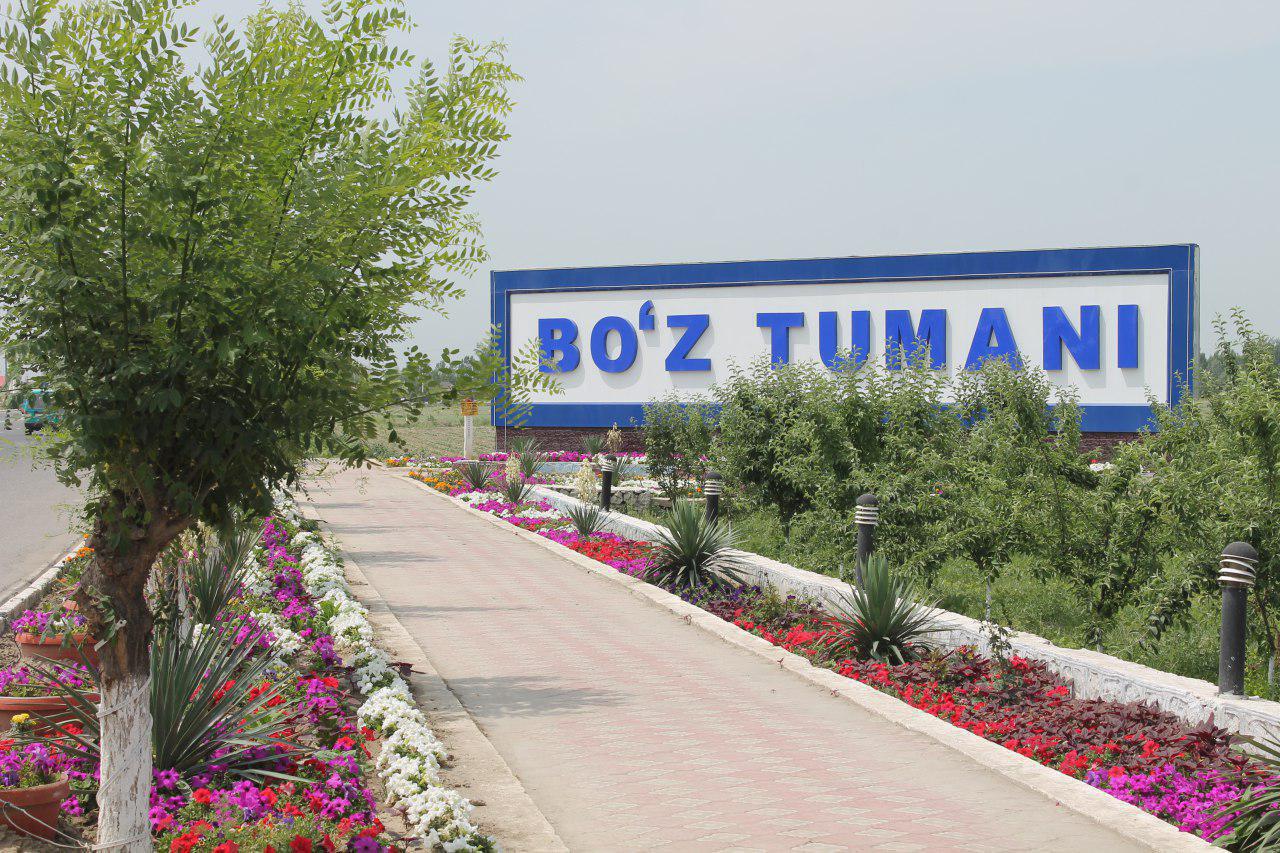 On May 16 in Andijan, the meeting of the region’s activists was completed with participation of the heads of ministries and departments, aksakals, businessmen and youth. President Shavkat Mirziyoyev, who took part in the meeting, analyzed the work carried out in the region in the areas of employment, tourism and agriculture and outlined new tasks for future.

According to Kun.uz correspondent, the khokim of the Boz district Inomjon Mamadaliyev addressed the president at the meeting. In his address, he told about the history of the area and its name: in the 50s of the last century, there were mostly arid lands with a high level of salinity, which caused the name to emerge. At that time, Sharof Rashidov said: “The day will come and these lands will turn into a blooming garden (bustan),” and in connection with the upcoming 70th anniversary of the district in 2020, I. Mamadaliyev, on behalf of the population and aksakals, asked the president to rename the Boz district to Bustan, which is more consistent with its current state.

The head of state ordered allocation of 25 billion soums to the district for the development of socio-economic facilities and construction.