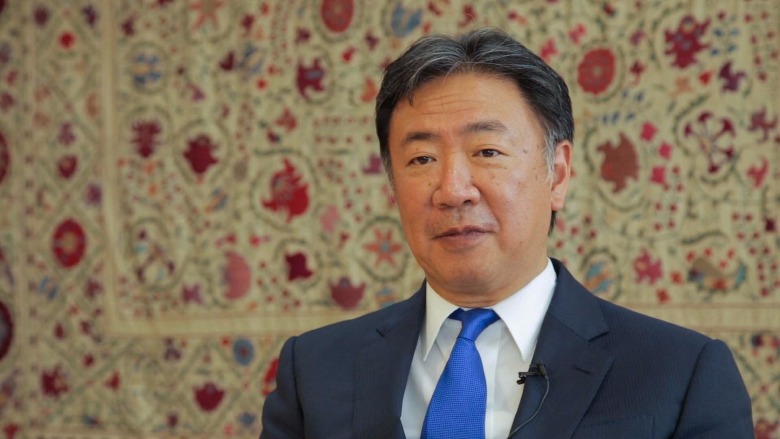 In the next two months, the World Bank (WB) will provide funding for implementation of four projects in Uzbekistan for a total amount of more than $600 million. Head of the bank’s office Hideki Mori said this while speaking at a forum dedicated to the role of international ratings in measuring the progress of reforms in the country, Kun.uz correspondent reports.

Last December, it was reported that the World Bank is financing implementation of 19 projects in Uzbekistan totaling $3.4 billion, which include support for macroeconomic reforms, agriculture, water supply and sanitation, healthcare, education, energy, transport and regional development.

“Our investment portfolio in Uzbekistan will be the second largest in the Europe and Central Asia region. It will include 23 projects worth $4 billion. Recently there has been quite a big jump. Since Shavkat Mirziyoyev has started his presidency, we approved 8 projects worth $2 billion. Whereas during 2015–2017, we on average approved 2–3 projects worth $350 million,” Hideki Mori noted.

The growth of the investment portfolio in Uzbekistan is the highest among Eastern European countries, he added.

The head of the WB representative office also spoke about the role of international ratings in the development of Uzbekistan:

“Ratings are food for thought. Separately, no rating fully reflects the situation. All these figures show the situation as a whole. Some ratings may not even be based on an accurate measurement. Therefore, it is necessary to understand what is behind this information. You can be happy or sad about the place in the ranking, but it is important to know the reasons that served this in order to make more progress,” Hideki Mori said.

He also stressed that in his personal rating, Uzbekistan ranks first, followed by Japan and the Netherlands. Because the favorite countries of the five-year-old daughter of Hideki Mori are in this order by importance.

“This rating is more important to me than others,” the head of the World Bank summed up.