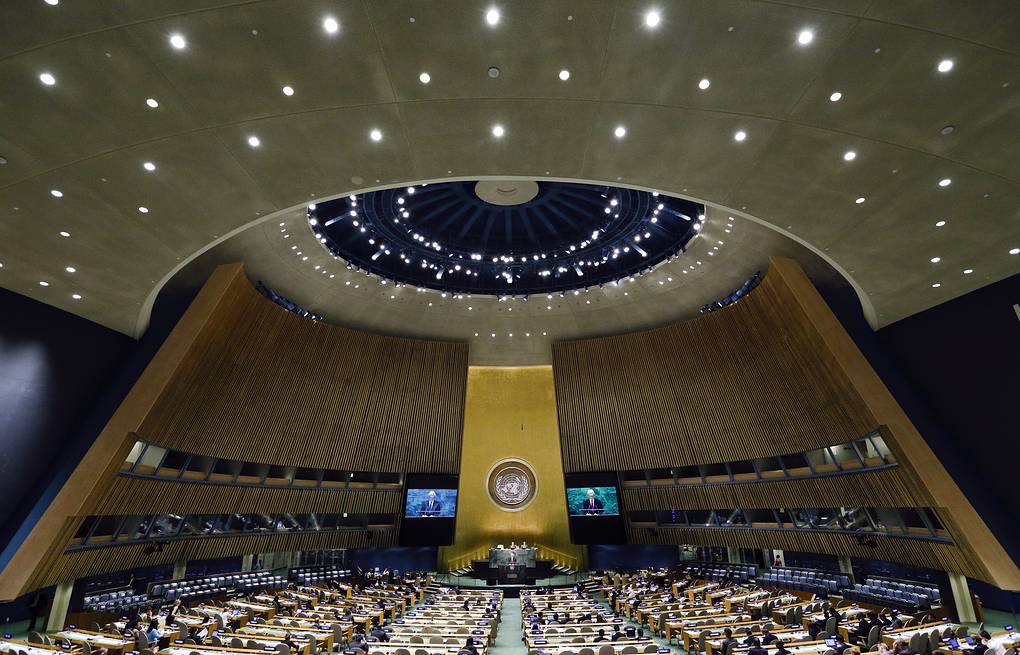 On June 4, a plenary meeting of the UN General Assembly’s 73rd session was held at the UN headquarters in New York, Dunyo reports.

During the meeting, Uzbekistan was elected to the post of deputy chairman of the upcoming 74th UNGA session.

The representative of Uzbekistan will begin to fulfill his duties in September 2019 and will assist the chairman of the General Assembly to lead the activities of this body until September 2020.

It should be noted that the General Assembly is the main deliberative body of the UN, in which all the member states of the Organization are represented. This body is responsible for ensuring peace and security, disarmament, development, eradicating poverty and protecting human rights, as well as the environment. The General Assembly, being the most demonstrative and key UN body and representing a unique forum of member states, considers a wide range of international issues and makes decisions on them.

Along with Uzbekistan, representatives of such countries as Indonesia, Oman, Singapore, Turkey, Croatia and others were elected to the post of deputy chairmen of the 74th UN General Assembly.

Deputy chairmen open and close the plenary meetings of the General Assembly during the absence of chairman, lead the debate in plenary sessions, maintain order at meetings, in particular, give chances for member states to speak out, put questions to voting, as well as announce decisions made on them.

Election of the Republic of Uzbekistan to such a high UN post is an evidence of full support of the international community and the UN leadership for the foreign policy of the leadership of Uzbekistan aimed at strengthening the atmosphere of friendship and cooperation in the region and in the whole world, ensuring international security and stability, as well as sustainable development.