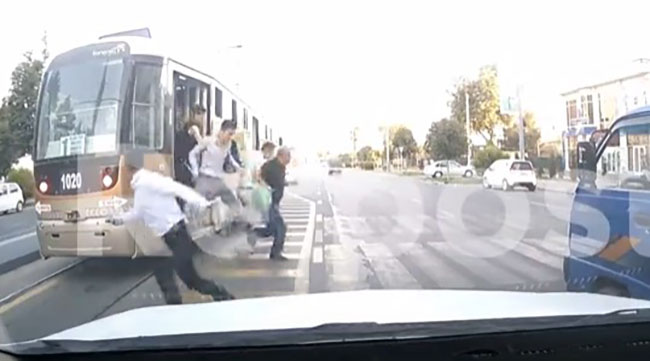 The online publication Repost has recently published a video of an attack on a tram in Samarkand.

The video shows a teenager in a gas mask running into a tram and spraying some kind of liquid. After that, several people lose consciousness and fall to the floor, while other passengers run out of the tram in fright.

“People, it was just a prank, we did not know that there would be such a reaction. We apologize for the alarm in the city. All those who allegedly lost consciousness were our actors, and the spray was just an empty air freshener. No one was hurt,” the teenagers said on their Instagram account.

It also became known that the internal affairs officers had already conducted an appropriate preventive conversation with the teenagers.