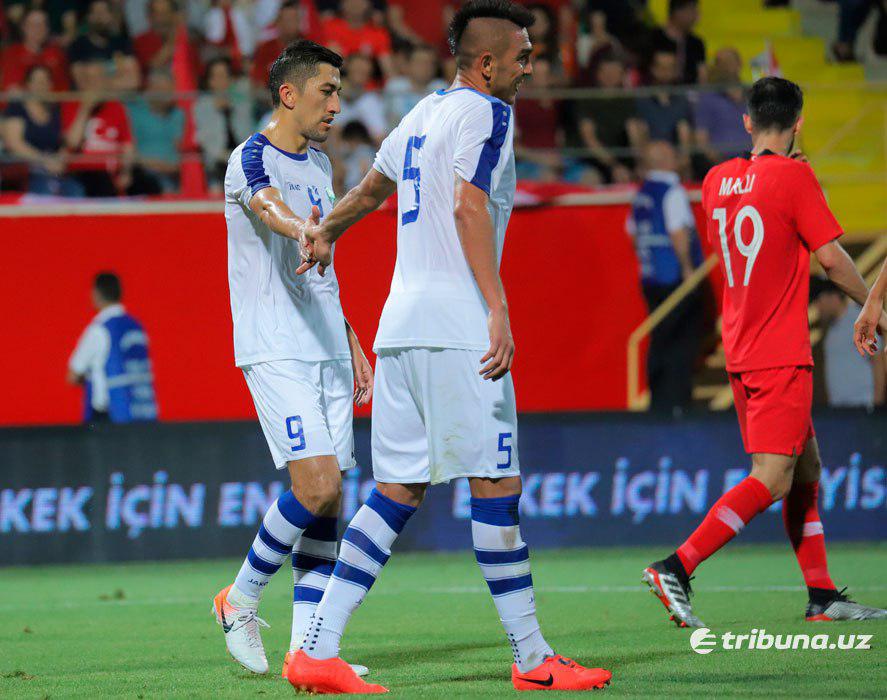 A defender of the FC Tashkent Lokomotiv Anzur Ismailov completed his career in the Uzbekistan national football team. Tribuna.uz reports about this.

Ismailov decided to end his career in the national team in order to pay more attention to club matches.

He began his professional career at the football club Samarkand Dinamo. Then he played in such teams as Traktor, Pakhtakor, Bunyodkor, Changchun Yatai and Lokomotiv. Ismailov has been playing in the national team of Uzbekistan since 2007. Throughout his career in the national team, he spent 101 matches and scored two goals.

11:45 / 09.09.2019
Uzbekistan to play a friendly match against Iraq on September 9
Leave a comment.You must register to post a comment!
Authorization with social networks