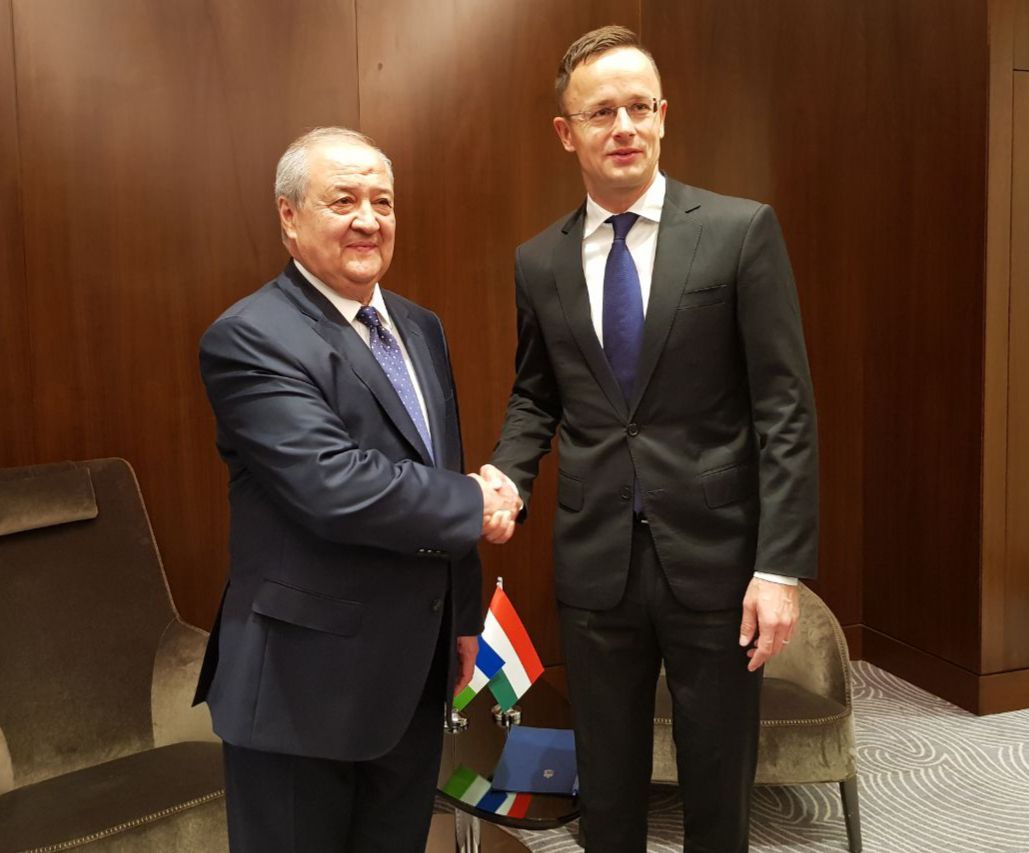 On October 14, 2019, Foreign Minister of Uzbekistan Abdulaziz Kamilov met in Baku with Péter Szijjártó, Minister of Foreign Affairs and Trade of Hungary, an observer country in the Cooperation Council of Turkic-Speaking States (Turkic Council).

According to the press service of the MFA, ministers who arrived in the capital of Azerbaijan to attend the meeting of the Turkic Council emphasized that with the entry of Uzbekistan into the organization, new opportunities for expanding bilateral relations open up.

A substantive exchange of views took place at the meeting on the common agenda, prospects for developing cooperation in political, trade, economic, investment, financial, tourism, cultural-humanitarian and other fields, as well as in the international arena, including in the formats Uzbekistan - European Union, Visegrád Group + Central Asia and others.

The parties also considered proposals for holding next joint activities in the framework of the development of Uzbek-Hungarian relations in various fields.

16:54 / 22.02.2020
Latvia expresses readiness in enhancing bilateral trade-economic relations with Uzbekistan
Leave a comment.You must register to post a comment!
Authorization with social networks