As previously reported, the delegation of Uzbekistan led by the Chairperson of the Senate of Oliy Majlis Tanzila Narbayeva is on an official visit in Japan. 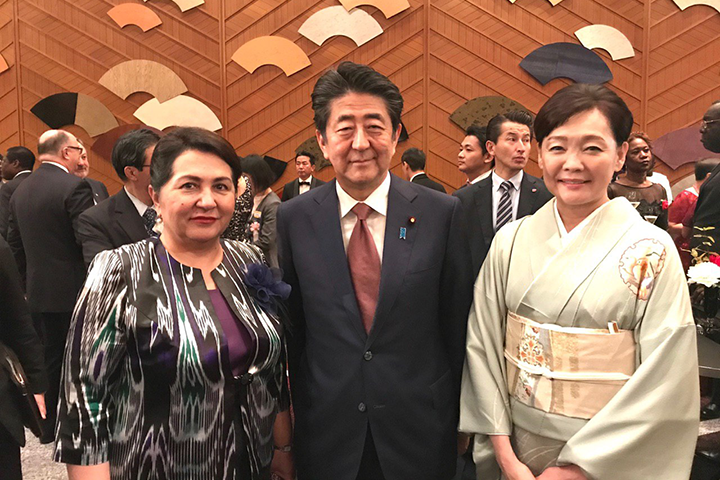 The delegation attended the ceremony to mark the accession to the throne of the new Emperor of the country Naruhito, and exchanged intention to continue strengthening the strategic partnership between Uzbekistan and Japan.

Also, within the framework of the event, Narbayeva met with the Prime Minister of the host country Shinzo Abe.

During the talks, the parties noted that bilateral relations are developing steadily, and mutual interest to further strengthen them is growing ahead of President Shavkat Mirziyoyev’s visit to Japan.

It should be noted the Uzbek President’s visit to Japan is scheduled for the end of this year. In preparation for this event, agreements were reached on implementation of projects in the energy sector, transport, agriculture and others.

09:06 / 02.02.2020
Tanzila Narbayeva: It is necessary to create a system for communicating problems of the people to ministries through senators

14:20 / 30.01.2020
UNFPA ready to assist Uzbekistan in preparing a Gender Strategy
Leave a comment.You must register to post a comment!
Authorization with social networks