On October 25, the President of Uzbekistan Shavkat Mirziyoyev held a meeting on the priority tasks of reforming the banking system and increasing the investment activity of banks, the presidential press service said. 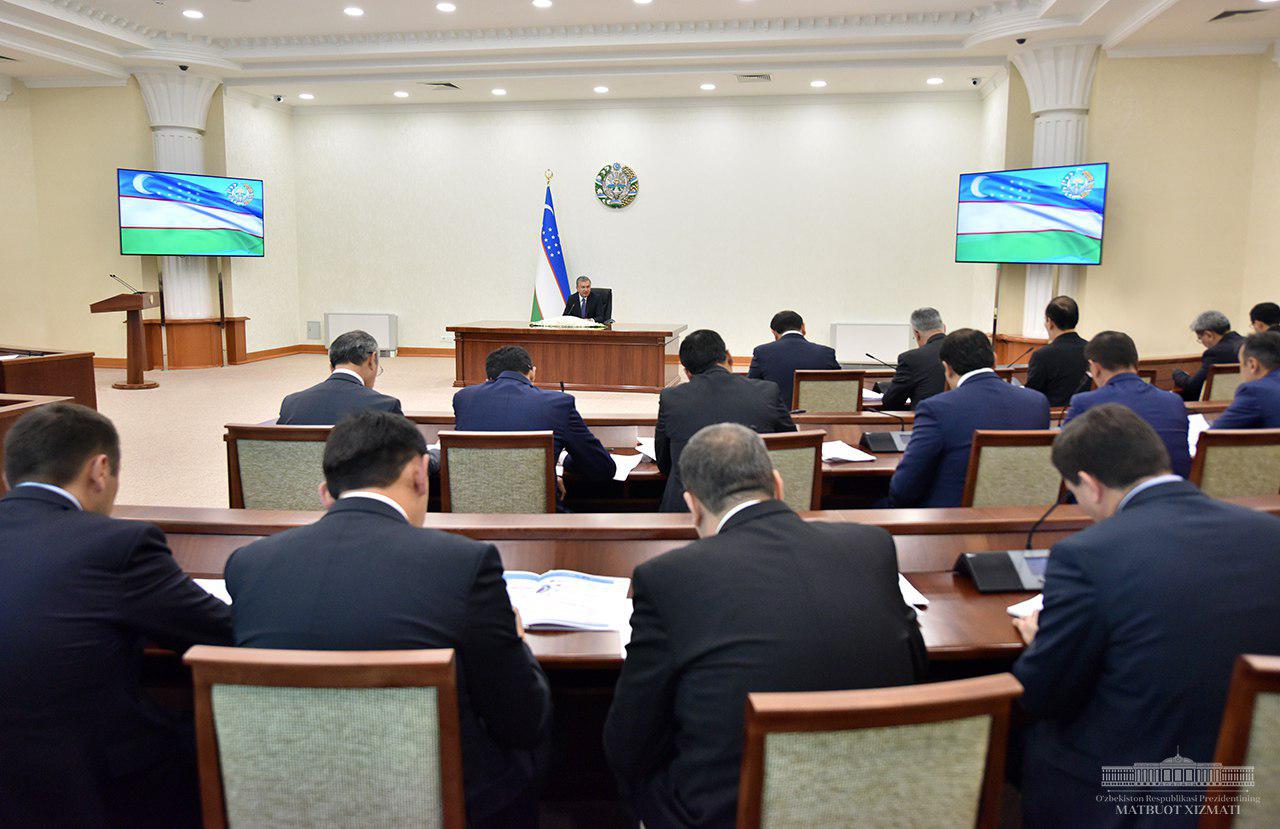 At the meeting, the President criticized the ineffective use of funds, the poor level of banks to facilitate the implementation of promising projects and create new jobs, enhance the income of customers and the banks themselves.

For example, more than half of the credit resources of private banks is formed by deposits, whereas in state-owned banks the figure barely reaches 10 percent. More than 50 percent of the loan portfolio of public banks accounts for five major state-owned enterprises. Outdated software is still being used, resulting in the quality of banking services that hardly meet contemporary requirements.

In order to promote healthy competition in the sphere, the state’s presence in the activities of banks is phasing out. In particular, the percentage of loans issued under government programs is equated to the refinancing rate, while the fixation of rates will be completely liberalized from 2021. This will push banks to expand their customer base, search for new forms and methods of attracting resources and providing loans.

Yesterday, the President of Uzbekistan signed a decree envisaging additional measures to improve the crediting of projects implemented as part of state programs for the development of family entrepreneurship, in accordance with which, in order to accelerate and efficiently transform the state-owned banks, their corporatization is assigned to the Ministry of Finance.

At the meeting, the Ministry of Finance and the Central Bank were instructed to complete, together with the World Bank, the elaboration of a strategy for the long-term development of the banking sector.

Today, 70 percent of bank deposits are short-term deposits, and 90 percent of loans are issued for long terms. In some banks, current expenses are 60-70 percent higher than revenues.

The meeting served to discuss issues of financial recovery and ensuring the stability of banks.

The head of our state instructed the executives to strengthen the customer focus of banks, expand services for various categories of citizens, and simplify lending. The necessity for improving services via the internet and mobile applications, applying the scoring model widespread abroad and automated loan allocation was emphasized.

Shavkat Mirziyoyev stressed the significance of improving the organizational structure of banks, enhancing corporate governance and the activities of supervisory boards. The necessity was noted of expanding the participation of the private sector in the banking system through increasing its investment attractiveness.

“From now on, in the matter of attracting resources, the banks are to “care for themselves”. Only then they can become a financial institution with a modern management system that meets market conditions,” the President insisted.