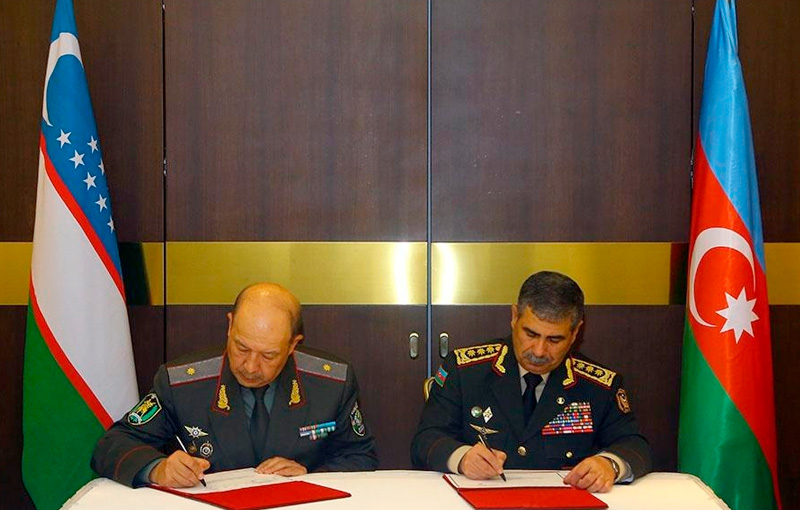 Uzbekistan and Azerbaijan signed a military cooperation plan for 2020 in Baku, the press service of the Defense Ministry reports.

On October 29, the military delegation of Uzbekistan headed by Defense Minister, Major General Bakhodir Kurbanov, departed for Azerbaijan to attend the next meeting of the CIS Council of Defense Ministers. Kurbanov met with his Azerbaijani counterpart, Colonel General Zakir Hasanov.

During the negotiations, the parties discussed the prospects for the development of bilateral cooperation in the military sphere.

The meeting of the CIS Council of Defense Ministers will be held today, October 30 in Baku. The heads of the defense departments of the Russian Federation, the republics of Armenia, Belarus, Kazakhstan, Azerbaijan, Kyrgyzstan, Tajikistan and Uzbekistan will take part in it.

It should be reminded that the previous session of the Council was held in Tashkent, the capital of Uzbekistan.

15:05 / 18.12.2019
New railway route in Uzbekistan for cargo transportation from China to be mulled through Azerbaijan’s participation

12:09 / 05.11.2019
Uzbekistan-India joint military exercise kicks off in Tashkent region
Leave a comment.You must register to post a comment!
Authorization with social networks