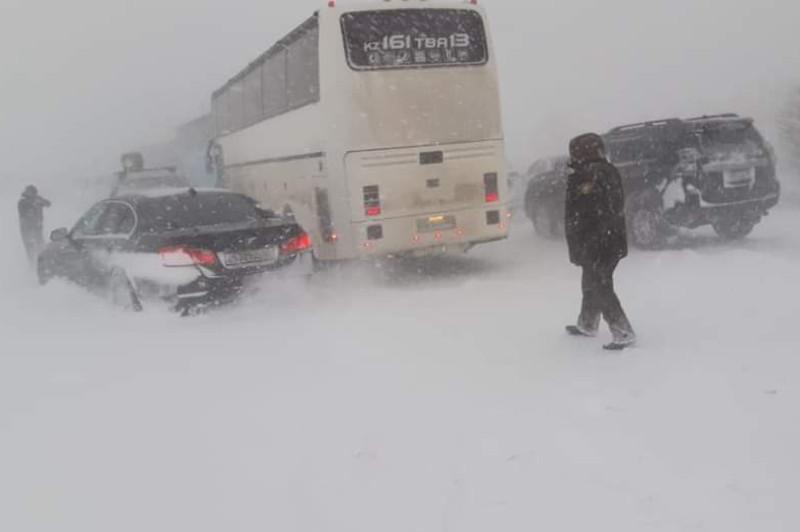 Drivers, who drove before the weather conditions worsened and the Almaty-Tashkent-Termez highway was closed, could not continue their journey due to zero visibility, Informburo.kz reported on Sunday.

“The accumulation of cars occurred at 593-632 kilometers. A bus with people, which slipped on the road, was also seen. There are no victims nor injured. The tragedy was avoided only because the driver was moving slowly. There were 36 passengers in the bus and the remaining 44 people were in cars,” head of the Kazavtozhol press service Marjan Ordabay said.

All passengers, who got stuck in cars, were evacuated by employees of the road maintenance sections of Kazavtodor LLP and JSC NC KazAvtozhol to the nearest village of Shakpak Baba, Turkestan region.

The Turkestan region’s Police Department reports that in addition to the Almaty-Tashkent-Termez highway, due to zero visibility, strong wind and snowstorms in the direction of the Turkestan region, the highway was closed on a 534-km section.

21:21 / 31.03.2020
Three citizens of Uzbekistan arrested in Kazakhstan for attempting to enter a quarantined city

14:29 / 19.03.2020
Bus traffic to be reduced in Tashkent
Leave a comment.You must register to post a comment!
Authorization with social networks