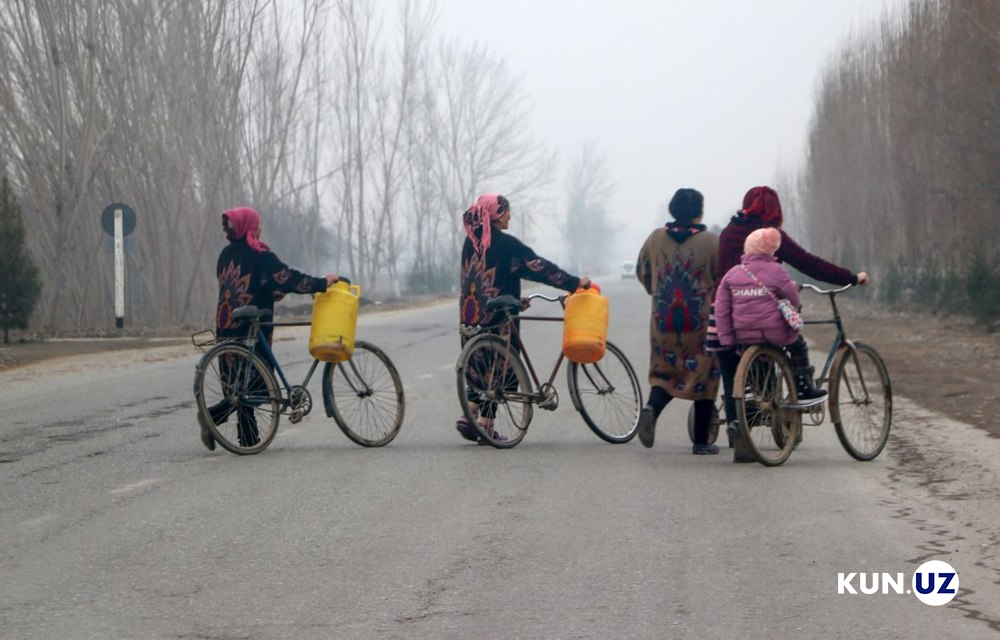 On the way back, when we drove through the territory of the Khanabad village, our attention was drawn to women, who were carrying water containers on bicycles and wheelbarrows along the roadside. 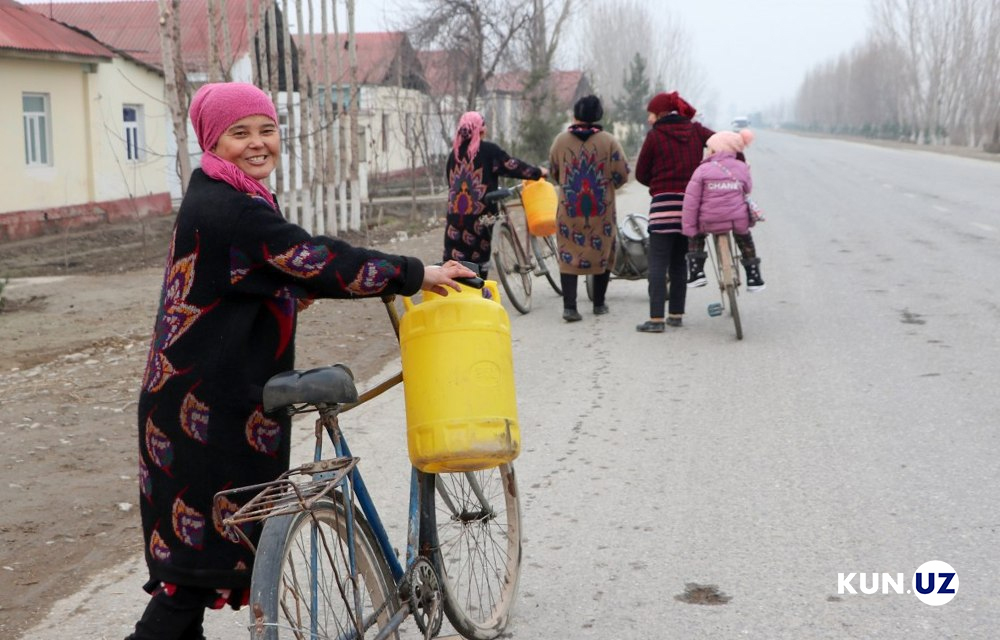 As it turned out, women living in the “Yangi asr” (“New century”) Street, Khanabad village, have to walk 1.5 km a day to bring home drinking water.

“This has been going on for more than ten years. We appealed several times, but there was no result. They covered our street with gravel, but the money was raised from us.

Let them deliver water to our streets. No poles have been installed, our roads are also in bad condition,” women of the village say.

When we asked why men do not carry water, we were told that they were on duty all day, and some went to Russia to earn money.

After returning to Tashkent, we thought about what discomfort it would cause if hot water was turned off in the city for three days... 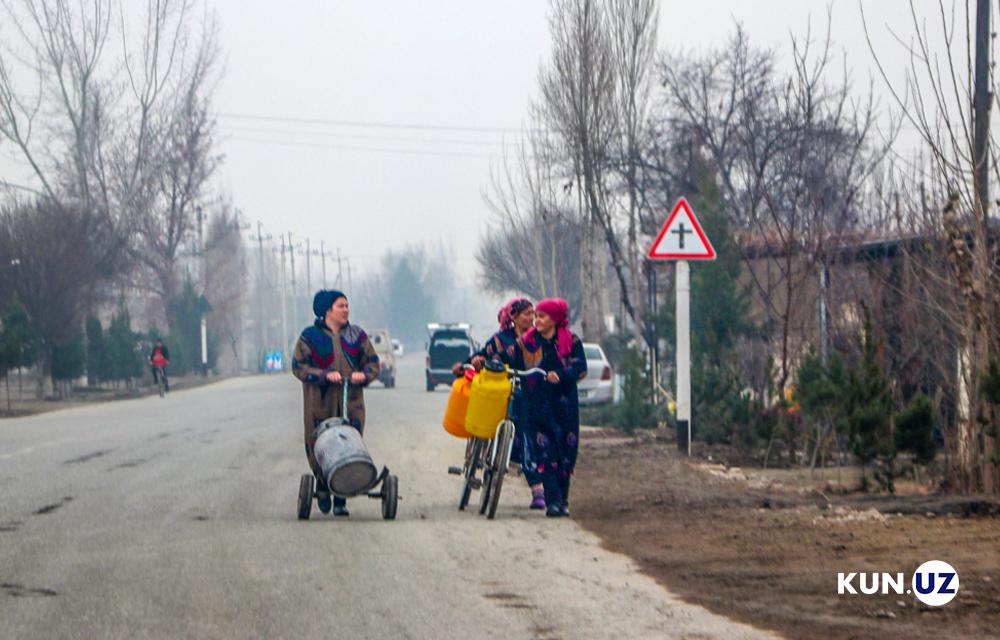 For information, the government promised to increase the population’s drinking water supply from 69 percent to 91 percent by 2030.

13:21 / 27.12.2019
Traffic accident kills 4 people in Fergana
Leave a comment.You must register to post a comment!
Authorization with social networks