In February, a man attacked doctors with a knife in the Andijan branch of the Republican Scientific Center for Emergency Medical Care, the press service of the Health Ministry said. 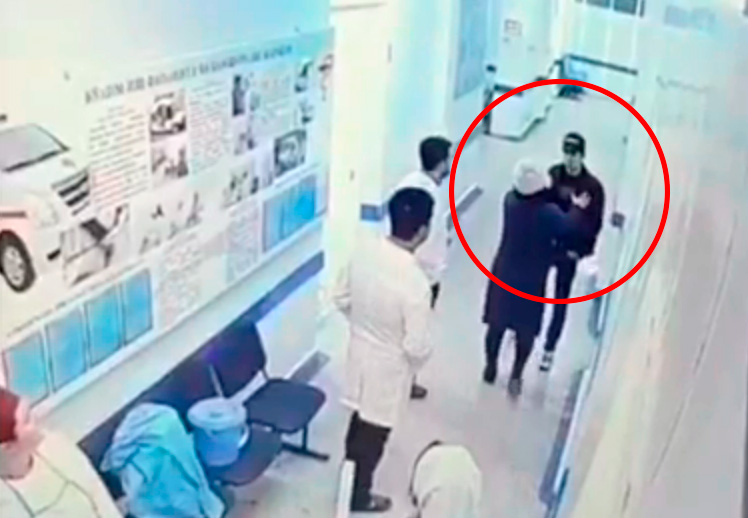 Reportedly, his sister was taken to the hospital with bodily injuries. When doctors wanted to report to the police department about the incident with her sister, he strongly opposed them.

“On February 29 this year at 22:31, traumatology department of Andijan branch of the Republican Scientific Center for Emergency Medical Care received a female patient, citizen M. F. (born in 2001), with facial injuries. While undergoing a medical examination, the patient said that she was beaten by her husband,” the Public Relations Department of the Health Ministry said.

According to the established order, in the event of injury inflicted by others, the medical staff must immediately inform the law enforcement bodies on the case. Otherwise, they will be brought to liability for concealment of the crime. Therefore, doctor T. U. immediately reported the incident to the Department of Internal Affairs.

Citizen M. Kh., the twin brother of the patient, raised his objection. After the doctor explained to him the procedure, the patient’s brother began to insult the doctor. The doctor asked him not to swear. As a result of the verbal skirmish between them, M. Kh. continued to threaten the doctor with a knife attack. People around him tried to calm him down. But he continued his aggressive actions and threw the knife on the doctor. However, it injured another person. M. Kh. was forcibly calmed down and taken out of the reception room.

The patient M. F., who was beaten by her husband, was treated in the branch’s Neurosurgery Department until March 4 of this year with the diagnosis of “traumatic brain injury, concussion, fracture of the jaw, injury of the cheek, head, face and abdomen, as well as soft tissue injury of the limbs and hands.”

15:34 / 26.02.2020
State Ecology Committee suspends activity of a cement plant in Andijan
Leave a comment.You must register to post a comment!
Authorization with social networks