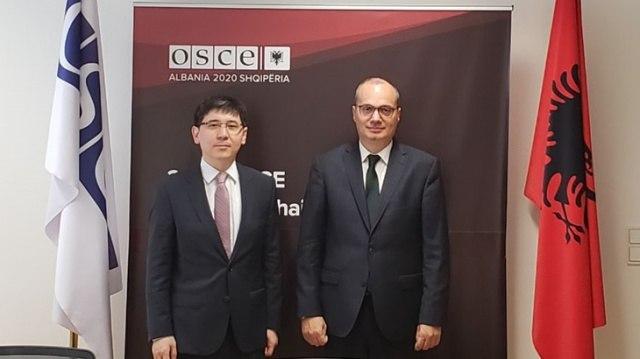 According to the Dunyo information agency, the current state of affairs in the OSCE in the context of the Albanian chairmanship in the organization were discussed during the meeting.

The parties paid special attention to the issues of further deepening cooperation between Uzbekistan and the OSCE, aimed at supporting the large-scale socio-economic and democratic reforms being carried out in the country.

The Albanian side highly appreciated the successful chairmanship of Uzbekistan in the OSCE Economic and Environmental Committee Permanent Council. According to Igli Hasani, Uzbekistan’s chairmanship offered a busy schedule and a number of important thematic sessions, in particular on the issues of involving youth in environmental problems and sustainable tourism development.