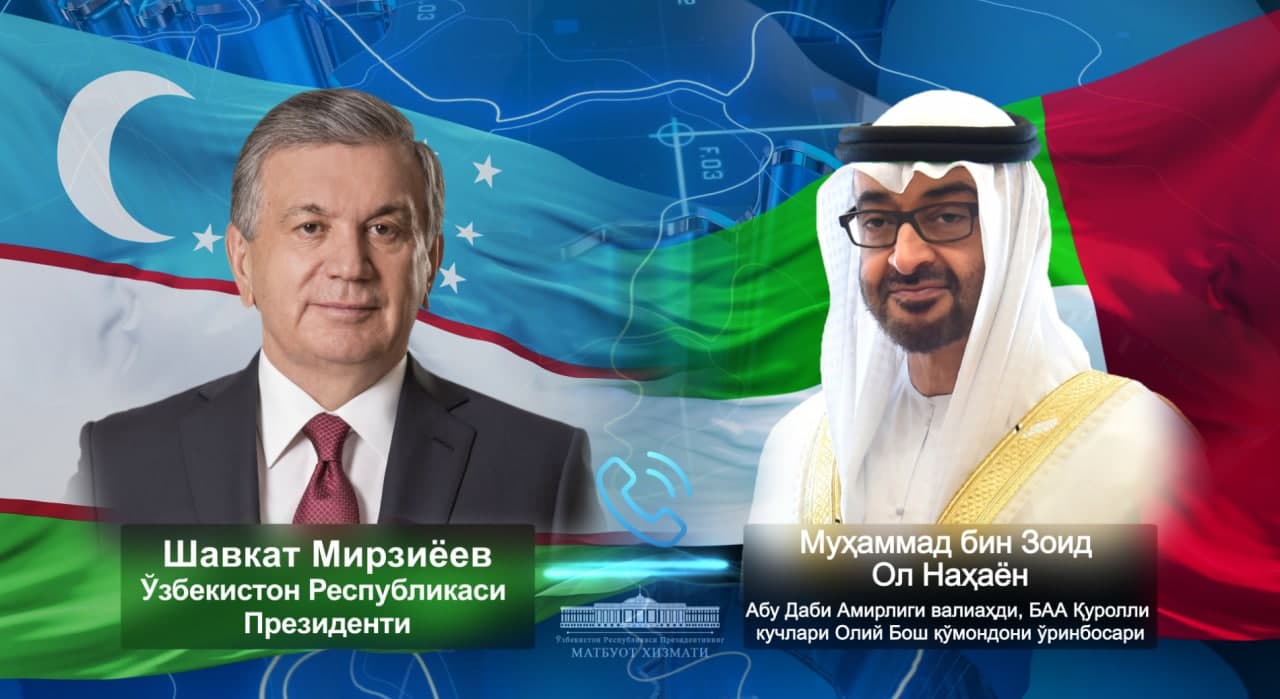 On March 11, President Shavkat Mirziyoyev had a telephone conversation with the Crown Prince of the Emirate of Abu Dhabi, Deputy Supreme Commander of the UAE Armed Forces Sheikh Mohammed bin Zayed Al Nahyan.

At the beginning of the conversation, Shavkat Mirziyoyev congratulated the Crown Prince of Abu Dhabi on his birthday, sincerely wishing him well-being, success and prosperity to the friendly people of the Emirates, the presidential press service said.

During the talks, issues of further expanding multifaceted cooperation between Uzbekistan and the UAE were considered.

Particular attention was paid to the practical implementation of the agreements reached during the high-level visit to the United Arab Emirates in March 2019.

The importance of continuing the implementation of large joint projects in the field of energy, industry, agriculture, finance, infrastructure, and a number of significant programs in healthcare and education was noted.

In addition, an exchange of views took place on the international and regional agenda.