At a meeting with the participation of local residents of the Andijan region, the infrastructure issues of Yangi Andijan were discussed. President Shavkat Mirziyoyev said that transport links in the new city should not be carried out using Damas vehicles and the issue of building a metro between the two cities should be studied. 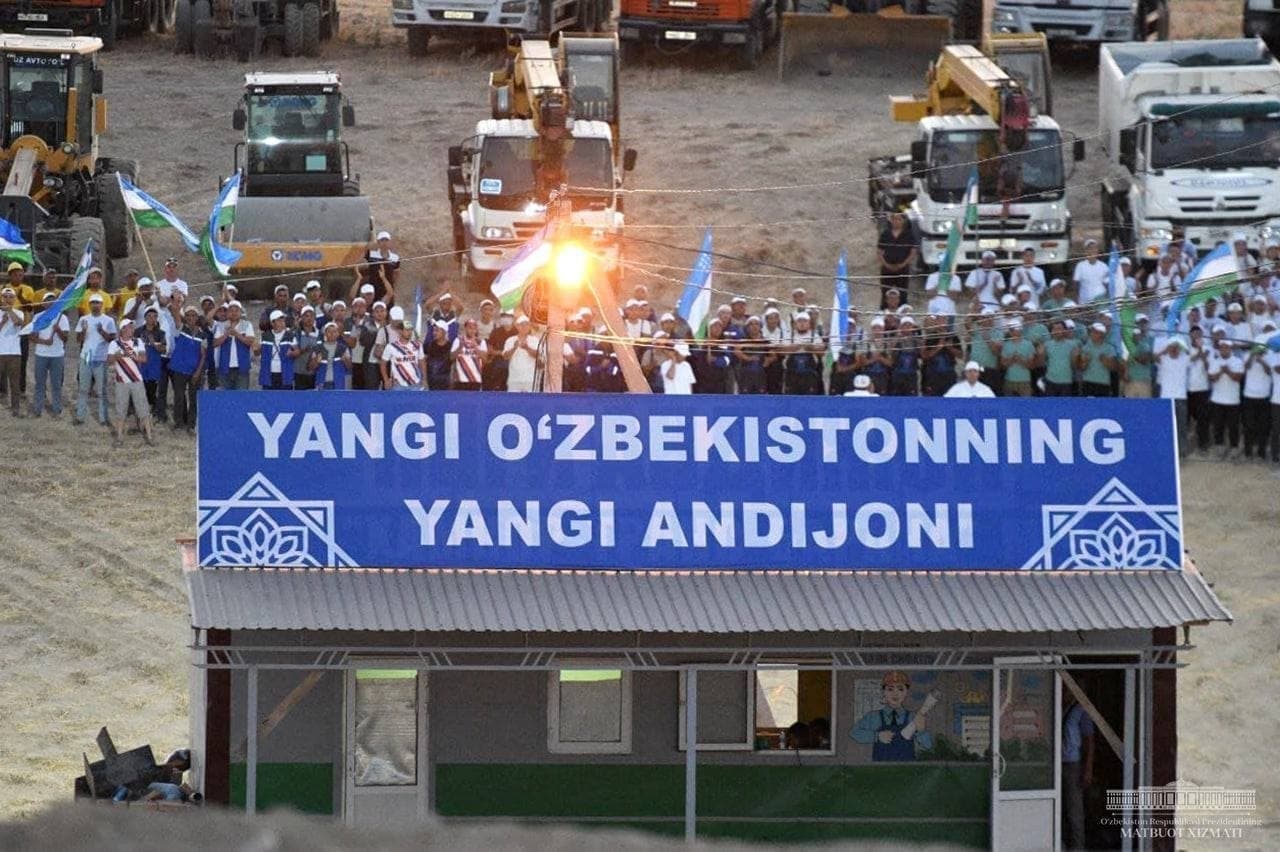 “Yesterday, in the Andijan region, we laid the foundation stone of Yangi Andijan, which will be built on hills on an area of 4,000 hectares. More than 130 thousand multi-storey buildings, education, healthcare, trade and service centers, industrial zones, green areas and infrastructure facilities will be built in the new city. It should be noted that the “Yangi Andijan” project, along with the creation of decent living conditions for the population, will become a new driver for the development of the region through the implementation of large-scale construction works. In particular, an opportunity will be created for the implementation of a large number of new projects in such areas as service, production of building materials, electrical engineering, furniture, textiles, polyester and artificial fibers.

To start the construction of communication networks of the “Yangi Andijan” project, $100 million will be allocated from the reconstruction and development fund. Based on this, from March 1, 2022, the Yangi Andijan district will be formed within the city of Andijan.

Makhkamov (Minister of Transport) is instructed to send proposals on the organization of operational transport links with the territory of Yangi Andijan within a month. Think about the question of building a metro between the two cities, make calculations and formulate proposals. If they are effective, let’s implement them. There will be no Damas cars in Yangi Andijan,” Kun.uz correspondent quoted the head of state as saying.

At the meeting, the head of state also dwelled on the issue of roads in Andijan and noted that 450 billion soums would be allocated for the repair of roads in the region. This is 50 times more than in 2016.

“A large project will be implemented in the city of Andijan – a 700-meter long bridge connecting the two parts of Bobur Avenue and passing over the Central Railway Station. As a result, the distance will be reduced by 5 km, and the time – by 25%, and so the long-term dreams and aspirations of Andijani residents will come true. In general, we will allocate 450 billion soums for the roads of the Andijan region. In 2016, 9 billion soums were allocated for this.

But this money must be strictly controlled. Deputies, you must do this. 20% of the funds will not be allocated until the deputies accept the roads and sign the documents,” the head of state said.