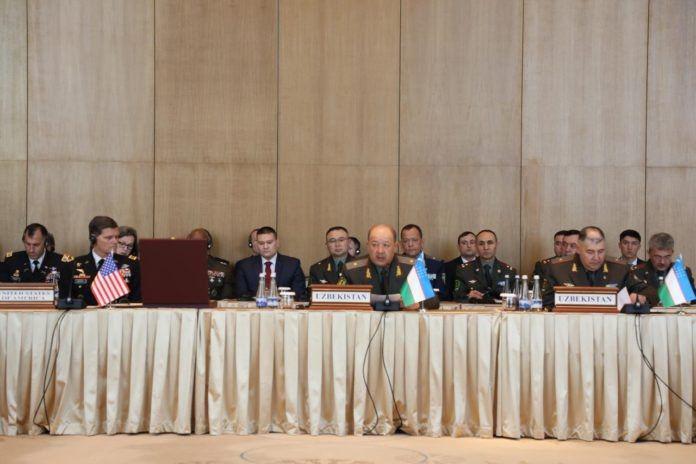 Uzbekistan is developing its security relations with foreign partners on the basis of long-term interests, the Minister of Defense of the Republic, Major General Bakhodir Kurbanov said.

“All-round cooperation with foreign partners in the field of defense is expanding. Strategic partnerships are established and maintained with interested countries based on the long-term interests of Uzbekistan’s national security and ensuring stability in the region,” Kurbanov said at a conference of chiefs of general offices of Central and South Asia in Tashkent.

According to him, security cooperation with the states of the region and partner countries has “gained a dynamic and growing character.”

“We are ready and intend to comprehensively develop partnerships with all states in order to maintain peace, first of all – ensuring tranquility in Afghanistan,” the minister said.

He stressed that Uzbekistan pursues a peace-loving policy. Its main objectives in the field of defense remain protection of independence, territorial integrity and the constitutional system, ensuring the state’s military security and the most importantly, strengthening international and regional cooperation.

“In this regard, we are carrying out large-scale work to strengthen mutual understanding and constructive cooperation with all countries of Central and South Asia to prevent and neutralize external and internal threats to peace, stability and security in the region,” the Major General said.

Today, in the capital of Uzbekistan, a regular conference of the chiefs of the general offices of the Central and South Asian countries has started. The event is devoted to discussion of regional security issues, stabilization of the situation in Afghanistan, combating terrorism, drug trafficking and cybercrime.

The conference is being attended by the chiefs of the general offices of the armed forces of Uzbekistan, Kazakhstan, Pakistan, Turkmenistan, Tajikistan and Afghanistan, the first deputy chief of the General Office of the Armed Forces of Kyrgyzstan, as well as the commander of the United States Central Command (USCENTCOM).