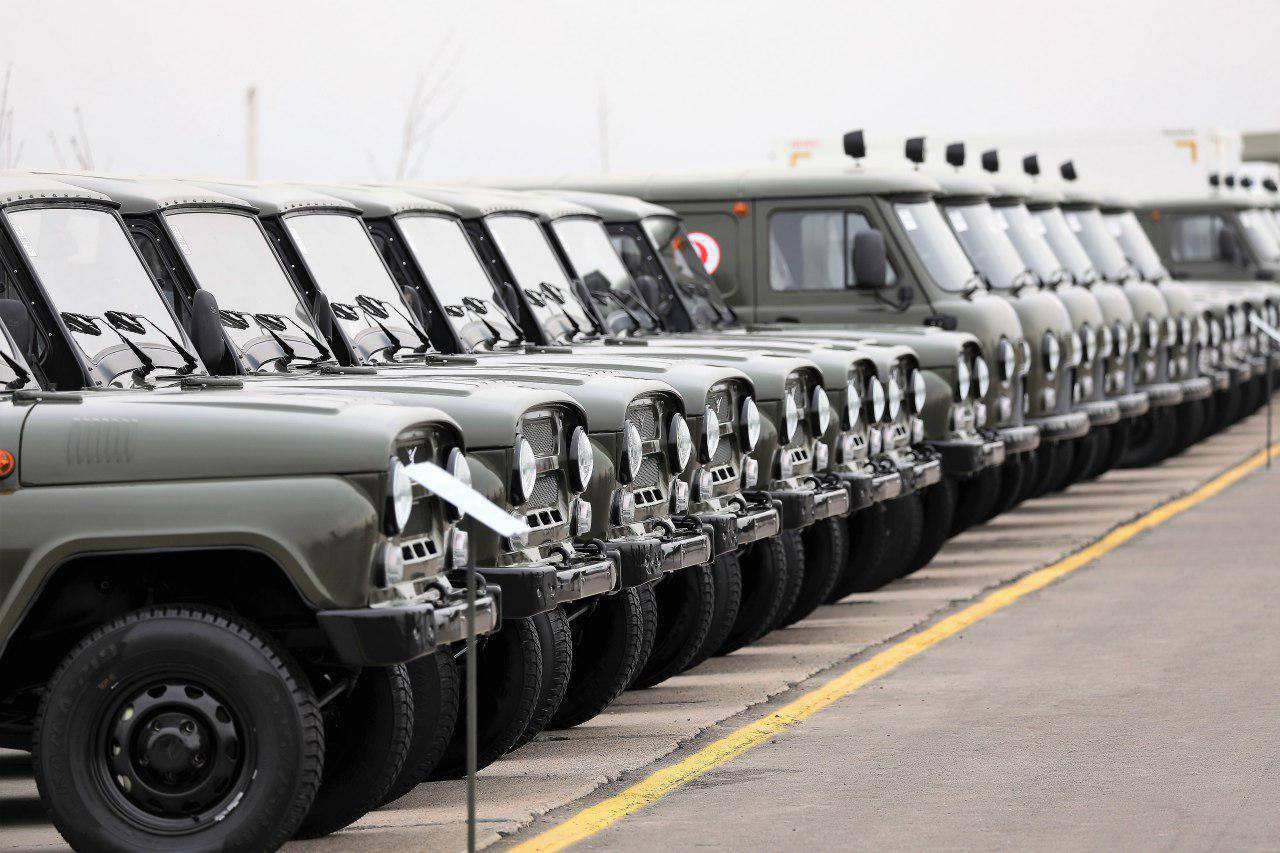 Today, on March 19, within the framework of the program on measures to maintain, repair and modernize military vehicles and armaments of the Military of Defense troops in 2018-2021, a new batch of military equipment was delivered to the Chirchik military training camp.

According to the press service of the ministry, the solemn event was attended by the Deputy Defense Minister of Uzbekistan on armory Colonel Oybek Ismoilov, representatives of the Tashkent Military District commandership, military servicemen who participated in the receipt of military equipment.

“In accordance with the plan approved by the President, efforts are underway to increase the capabilities of the Armed Forces, as well as to provide the army with new, up-to-date weapons and military equipment. Today's delivery of military equipment is a part of the action plan. We are still planning to provide modern armored vehicles, ammunition and defense equipment for protecting attacks. I hope, our servicemen, along with the rational and efficient use of these techniques, will keep them combat-ready mode on a constant basis,” Deputy Defense Minister O. Ismoilov said.

It should be recalled that the Defense Doctrine of the Republic of Uzbekistan, which was adopted in 2018, envisaged providing the army with modern weapons and military equipment and establishing an independent defense industry complex.