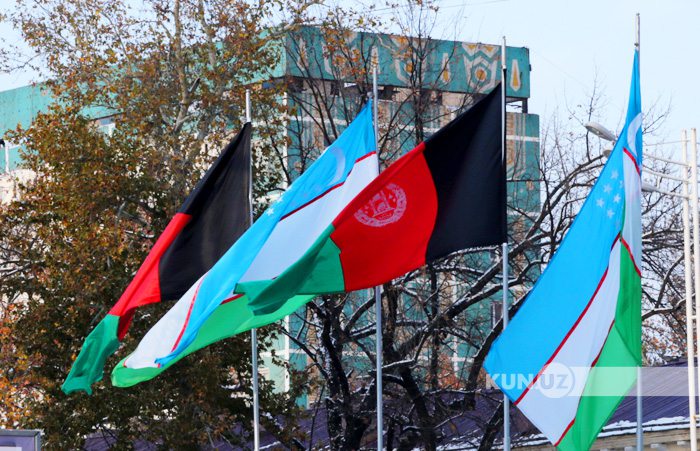 Today, the Agency for Information and Mass Communications hosted an open dialogue on the topic “Geopolitical situation in Central Asia and the CIS space”.

The event was attended by the deputy director of the Institute for Strategic and Interregional Studies under the President of Uzbekistan Sanjar Valiyev and the head of a Center at the Institute Bakhtiyor Mustafayev. Participants discussed political issues of Uzbekistan at the international and regional levels.

As Sanjar Valiyev said, Uzbekistan pays great attention to development of international relations and cooperation in all areas: with the Russian Federation and with the Republic of China – which are strategic partners. At the same time, the country finds good support in relations with the European Union, the USA and other developed and developing countries of the world. Thus, the role of Uzbekistan gradually and progressively increases in the international arena.

Special attention was paid to the situation in the region. “One of the main priorities in the foreign policy of Uzbekistan is the Central Asian region, including Afghanistan. At the same time, Uzbekistan is the only country that borders with all its neighbors, which allows us to say that our country is the key center of the region,” S. Valiyev said.

He also drew attention to the fact that while talking about the geopolitical situation in the Central Asian region, first of all, the geo-economic situation should be taken into consideration. At present, a kind of foreign policy economization is taking place, aimed at ensuring that diplomacy tackles the specific practical needs of the growth of our economy, as well as the well-being of citizens.

One of the promising areas of economic cooperation has become a new strategy of relations with Afghanistan.

“This is a mutually beneficial partnership. Afghanistan has opened up many strategic opportunities for us. At the same time, Uzbekistan, announcing a new policy of cooperation with Afghanistan, assists it, both socially and in economic recovery, and also provides new unique opportunities to promote its goods to the CIS markets through Uzbekistan,” the deputy director of the Institute said.

During the dialogue, the educational center for training Afghan citizens, which was opened in Termez was spoken about. Journalists were interested in who, in the first place, would be admitted to this educational institution.

“It doesn’t matter for us who goes to study – ethnic Uzbeks, Tajiks, Hazaras, Pashtuns or representatives of other nations. It is just that the first condition of education in Termez is knowledge of the Uzbek language, because the training is conducted in Uzbek. We think that in the future, we will have enough teachers who can lecture in other languages, such as in Dari.

The main goal of this project is to prepare for Afghanistan those specialists who will be further involved in cooperation with Uzbekistan. This may be in the service sector of the railway together with Uzbekistan Railways, providing logistics for Afghan goods in Uzbekistan, preparing joint contracts and agreements for other promising projects in the future. And of course, these specialists should be fluent in Uzbek for better interaction. That is why this educational project is primarily the nature of human resources for our cooperation, which will be increased and integrated,” Sanjar Valiyev said.