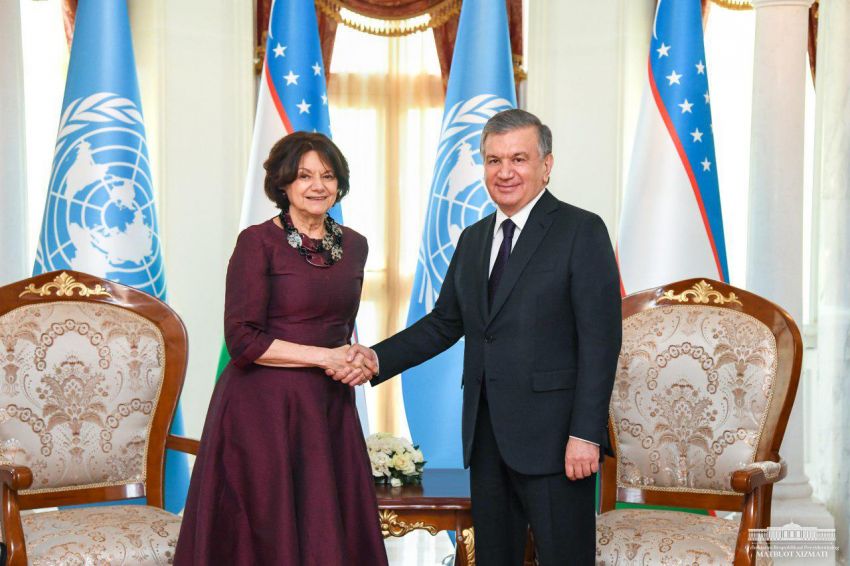 During the talks, the sides discussed prospects for multifaceted partnership of Uzbekistan with UN institutions and agencies to achieve Sustainable Development Goals. Particular attention was paid to topical issues of ensuring security and sustainable development in Central Asia.

The importance of continuing dynamic efforts to overcome the consequences of the Aral disaster, including within the framework of the Multi-Partner Trust Fund for the Aral Sea region under the auspices of the UN, was noted.

Rosemary DiCarlo thanked Shavkat Mirziyoyev for the warm reception and conveyed the greetings and best wishes of Secretary-General António Guterres. The UN official expressed her appreciation for successful mission to take Uzbek citizens back from hot spots in the Middle East.

The parties confirmed shared commitment to further strengthening cooperation through the joint promotion of priority projects and programs.